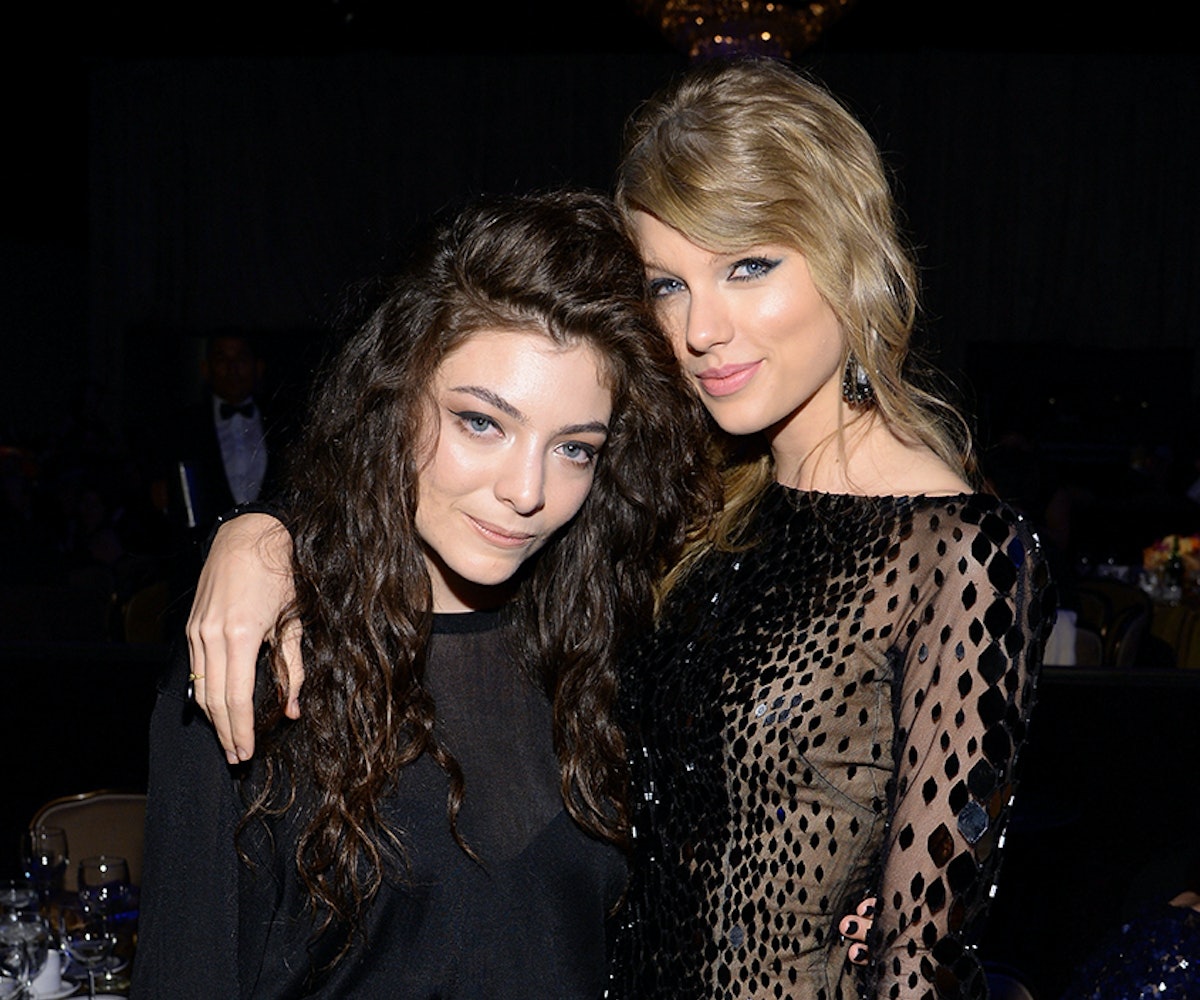 If you're anything like me, then you know that following your favorite musicians on Instagram is the best way to get a behind-the-scenes glimpse into their lives, parties, tours, and general being-in-a-band fun. So, chances are, you've also seen how many of your favorite artists are actually friends with each other. As the ultimate double-tap love for all of their BFF relationships, you can find all of my favorites in a gallery right here. From the time Lorde and Diplo were caught escaping to somewhere mysterious with an entire entourage, to the time Skaters and Drowners had a West Side Story-style duel, these are the ultimate moments shared between my favorite artists, captured in a wonderfully filtered photo.

Check out the gallery now, and let me know if I missed any of your fave musical besties on twitter by tagging @nylonmag + #BandBFFs and adding a link to the photo--because I know I'm not the only fan who can't get enough of The 1975 and Iggy Azalea hanging out...Is it weird if I Photoshop myself into that one? Actually, don't answer that...

Whether your call them TayLorde or Lorde and Taylor, you probably didn't need this Instagram to know that these two girl power solo artists are friends, seeing as their BFFness has been all over the Internet lately. But, seriously, this photo is just too good. The pair look like they've come straight from a dictionary entry that defines LYLAS, and we're totally into it. T+L for life.

No, it's not just you. Pharrell actually is taking over the world--and while his Instagram boasts BFF pics with tons of celebs, from Conan to Solange to Nicki Minaj, this one with Steve Aoki really makes me happy. Does it not look like Aoki is the proud long-time bestie of the rapper, producer, entrepreneur?! I think so, and I think it completely rules.

If you follow Paramore's Hayley Williams on Twitter or Instagram, then you know that she's totally into indie punk band Candy Hearts (and you probs should be, too). And since Hayley Williams is one of our forever girl crushes, we're totally not surprised that the NJ/NYC-based band loves her back (and shows it all over their social networks). We're just surprised this photo caption didn't come with the dancing ballet twins emoji. Somebody get these two a BFF half-heart necklace, pronto.

Even though my fave musician Lucy Rose isn't pictured in this photo, I still love it. Let's face it, sometimes you want to just take pictures of your awesome best friends instead of taking selfies with them. It's no secret that UK bands Two Door Cinema Club and Bombay Bicycle Club are totally friends 'til the end, but I love what Rose adds to the mix. Could you imagine touring with these two rad groups, making appearances on some of their records, and hanging out with them while they try on weird glasses? Sounds like a typical Sunday outing with my besties, except mine aren't Jack Steadman or Suren de Saram.

Next, if there's any two brunette besties we'd want to see in an Instagram together, it's definitely Foxes and Katy Perry, who actually look like they could be twins (amirite?!). Not only does this photo come with the ultimate in retro eyeliner, perfect tresses, and bangs to-die-for, but it's got enough pink to inspire a chevron friendship bracelet of totally adorable proportions.

I can't really say I ever expected Lorde and Diplo to be besties, but ever since the It Girl Instagrammed photos in the studio and fishing with the music maverick, I suppose it makes sense that they eventually become BFF (because aren't those the kinds of things you do with yours, too?!).

Since tons of bands head down to SXSW every year, you can pretty much expect some of them to end up partying together. Here, we have indie punks Skaters and indie new wave group Drowners battling it out in an epic Amaro-tinted fist fight. I can't say for sure who won, but in my personal opinion, they both did.

Even though this photo is from a prior tour, I think it's still seriously awesome. You have two Cali-based indie bands sharing a moment in the desert, and if you've ever seen any of Young the Giant's In The Open sessions, where they play acoustic versions of their songs while hanging out with mother nature, I can only imagine that a wild jam sesh ensued shortly after this photo was taken. I think it's definitely safe to say these two groups of party people will be friends 4E.

Oh, Sky. Oh, Miley. Say what you will about these two and their separate Instagram accounts, but I can say with no doubt, that this is one moment in this roundup that would best exemplify my own relationships with my best friends. When you're with your BFFs, you don't care what anyone thinks, you do what you want, and you have the best time ever doing it. So, kudos Mi-Sky, you win for best best friends ever.

And finally, we have The 1975 cuddling with Iggy Azalea. This is the first Insta-documentation I've seen of the musicians hanging out, but they already look pretty close to me.