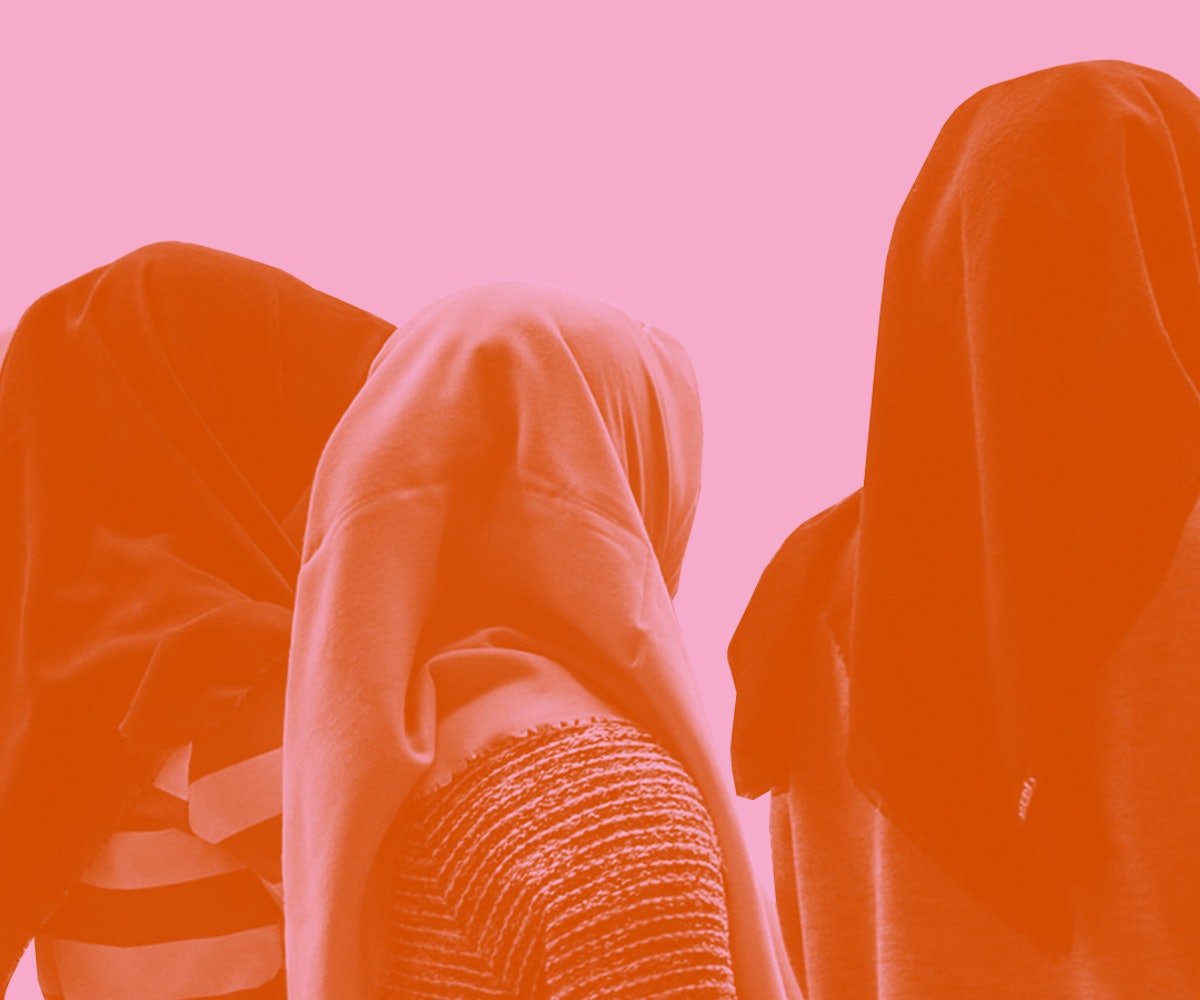 Last week, we ran a piece in which we talked to three Muslim teenage girls who grew up in Alabama. It was a revealing look at what it means to grow up Muslim in America today; one thing it demonstrated, though, was the fact that many Americans are comfortable harassing young women, simply because of their religion. One of the young women told me, "I’ve been called horrible, horrible names since I was 11 or 12 years old. Going to the gas station, my heart would be racing because I would be so scared. People yelling at you in public is really scary.”

Now, a study by the Institute for Social Policy and Understanding confirms the difficulty Muslim-Americans have at young ages. As the Institute reports, "more than two in five (42 percent) Muslims with children in K–12 school report bullying of their children because of their faith, compared with 23 percent of Jews, 20 percent of Protestants, and 6 percent of Catholics." It's not only non-Muslim students that are bullying Muslims; at times, it's teachers or parents of classmates. Clearly, the apples don't fall far from the trees.

While this news is disheartening, the study also reveals that Muslim students tend to face these attacks with perseverance and resiliency. This comes as no surprise if you read our earlier piece. In it, all three of the subjects report that their faith in their religion and in the ultimate good of most people remained strong. And if they had one message to send to all Americans, it would be this:

We’re not all the same person. You can’t just look at one Christian person and assume that’s what all Christians are like. We’re normal people. Just because I wear fabric around my head doesn’t mean I’m not a normal teenage girl living in America. I like memes! And I like TV shows. And I like reading books and shopping. We’re normal people. We laugh and have jokes, it’s just that we pray five times a day and have a different perception of God. I hope that people can understand that when we see bad things happening around the world, we feel for everybody that’s hurting.

These are powerful words for such a young women and perhaps serve as proof that no matter how strong bullies might seem, it's their targets that are in possession of the real strength.