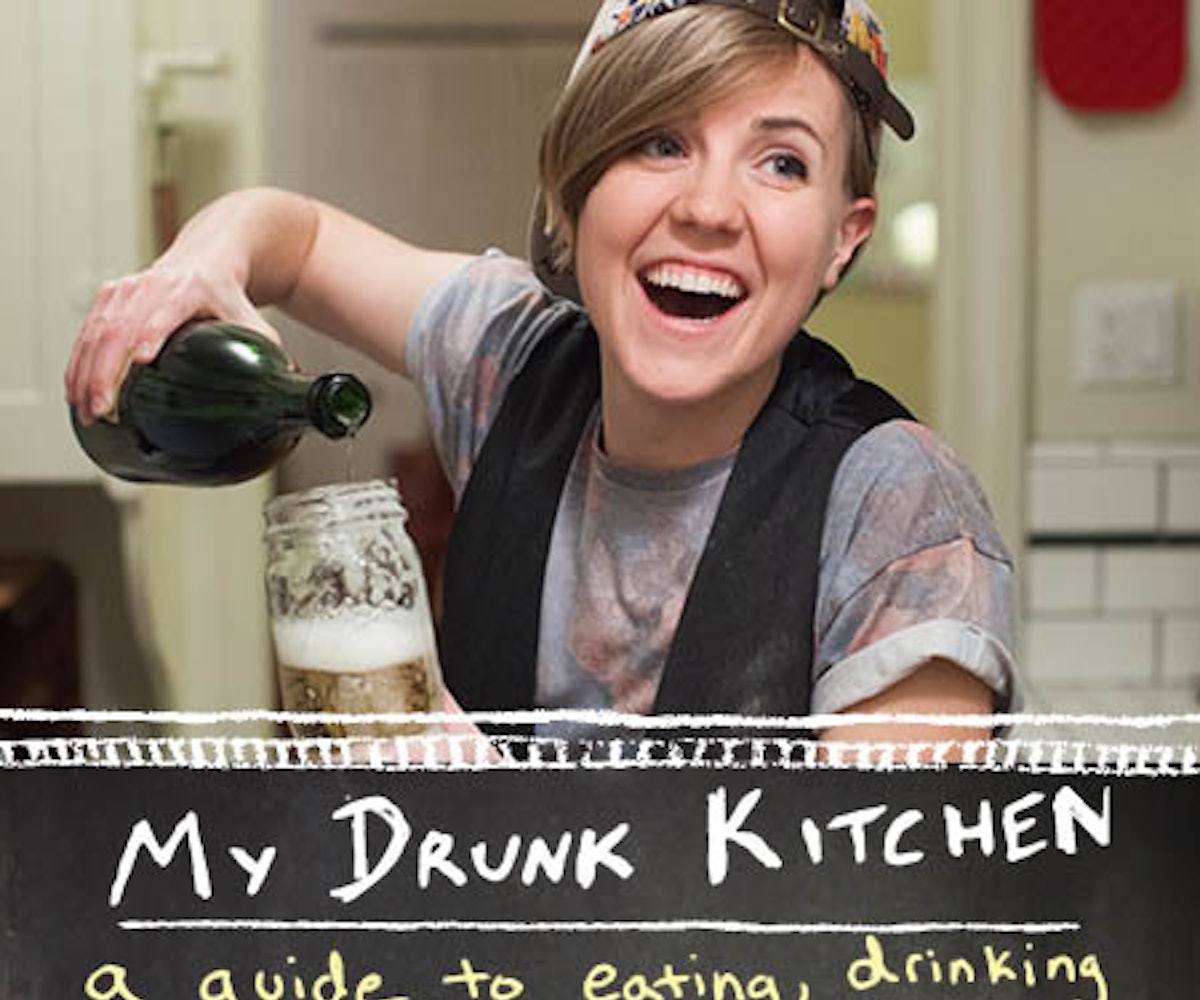 Cooking is fun enough as is, but everyone knows there are two things that can make this activity exponentially more awesome: friends and alcohol. Fortunately for us, both of these qualities are at the forefront in My Drunk Kitchen, the new book from Hannah Hart. This coffee table tome is inspired by Hart's YouTube series in which she prepares everything from banana cream pie to mac and cheese to latkes, drinking the entire way.

And just when you thought that things couldn't get that much more hilarious than Hart's video tutorials like "Butter Yo Sh*t" (her debut episode from way back in 2011), the book somehow proves otherwise. Her writing is smart, clever, and downright LOL funny in a way that instantly makes you feel like Hart's right there in the kitchen with you, making sure your wine glass never becomes empty.

Sure, we wouldn't necessarily suggest prepping her "breakfast pizza" (complete with eggs, bacon, and cereal) for your next brunch party, but that's the thing--the food portion is only part of the equation here. The real boozy fun comes from Hart's life advice, her philosophy on everything from breakups to exercise, and frank honesty. If that's not the recipe for a good time, we don't know what is.

Buy My Drunk Kitchen on Amazon.