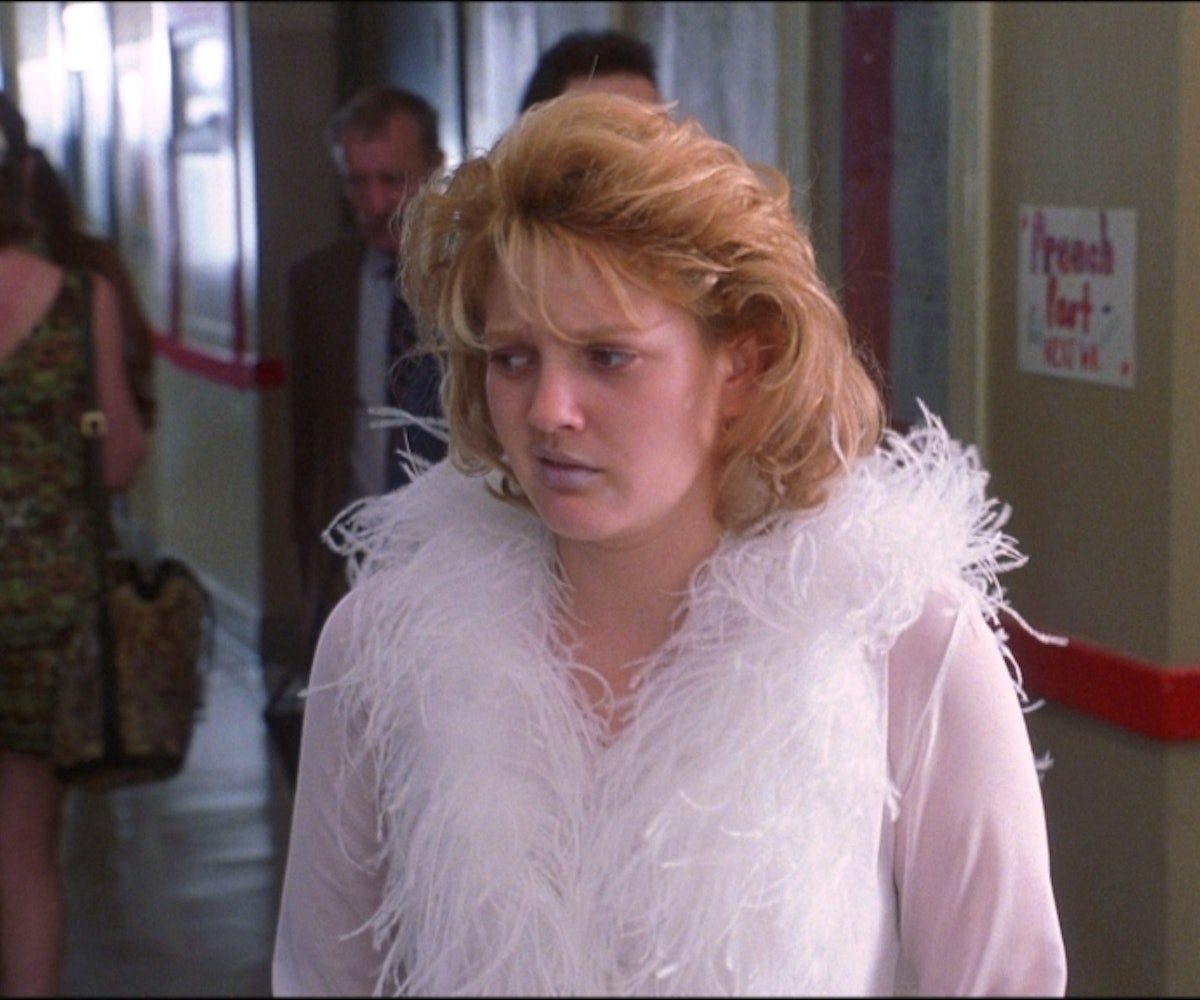 Okay, so maybe I lied. To my defense, I was 15 and he was my first boyfriend. It lasted a week and we went on one official date, where we saw an age-inappropriate period piece. So when my friends asked me what went on in the darkened theater, ostensibly where I was meant to receive my first kiss, I used words like “dreamy,” “perfect,” and “amazing” to describe it, omitting the most important adjective of all. Non-existent. I was old enough to not see the point in mashing faces together with someone whose greatest aspiration was never to leave his hometown, but young enough that explaining that was an absolute no-go.

Predictably, the years sped by and the seal on my lips remained unbroken. I wasn’t asexual, just anti-social. Despite being well-acquainted with all of romance’s 'ings'—pining, yearning, daydreaming—I found myself unable to act on anything outside the theoretical. This wasn’t to say I didn’t date. But they were one note, infrequent, and never to occur again. If the smart, cool, artsy guy I had my eye on didn’t ask me out, why would I mark time with his runner-up? I had books, films, and Johnny Depp fantasies. (Later he would cede the role to Bradley Cooper.)

Everyone noticed—and when I say everyone, I mean everyone. It’s one thing to have your parents or relatives ask about your dating life, it’s another kind of hell to have your chemistry teacher order your lab partner to take you out to lunch.

Eventually, I finished school as a broke 23-year-old with a film degree, and headed to Sweden for the summer to visit two college friends. In my pocket was a wad of graduation cash that quickly depleted as I ticked off a string of firsts. Solo travel—check. Music festival—check. Introduction to the Swedes’ hidden talent of making alcohol out of anything—check. But like every mousy girl in a John Hughes movie, I was too smart for romance, even if the opportunity did present itself more than once. (To the guy who approached me during the Jens Lekman concert at Stockholm University, bought me a drink, and translated his all-Swedish stage banter only to disappear directly afterwards, sorry I didn’t take the hint.)

And then, with only 72 hours left to go on my trip, a man walked in for dinner at my friend’s flat and vanquished my cynicism with a bottle of wine and slouchy sport jacket. For a girl in love with narratives and determined to leave her roots behind, he was a walking archetype. Foreign. Tall. Blond. Wordy. An actual published poet. By the time we headed out to a club, I had earmarked him for my first kiss.

We never made it into the club. As though choreographed through my sheer will power, my two friends got into a booze-fueled fight with each other at the door and split, each running in a different direction down the street.

Suddenly, I was alone with the poet. He took my arm and offered to buy me a drink, but I asked for a walking tour instead. Minutes later, we ended up sitting on a park bench, with him admitting he didn’t really know the area. The moon was full, the air had that post-rain smell, and we were both shivering when we leaned in. Our lips felt like magnets—there was nowhere else for my mine to go but towards his.

After making out for a while, the sun was beginning to rise and my body was cold. He invited me back to his place, but I politely declined. I had proven enough to myself that night. Instead, I walked back to my friend’s apartment, lips burning and heart pounding.

I never saw him again after that summer, despite the fact I’ve been back to visit friends a half-dozen times since. A few years ago, we found each other on Facebook, which both takes the mystique out of this memory, and warms my heart every time he likes one of my statuses.

We did directly communicate once more. I got an email a few days after I got home. It was banal, just a few lines about how he missed me and hoped I had a nice flight home. But it also contained a few lines of a poem about a girl “who doesn’t want you to remember her country or face.” I reread it multiple times, and cried. He might forget my face (Facebook indicates he’s now a married PhD candidate), and over the years the details of that night have become blurry. But the fact remains that he gave me something I craved even more than a first kiss—he gave me a story.