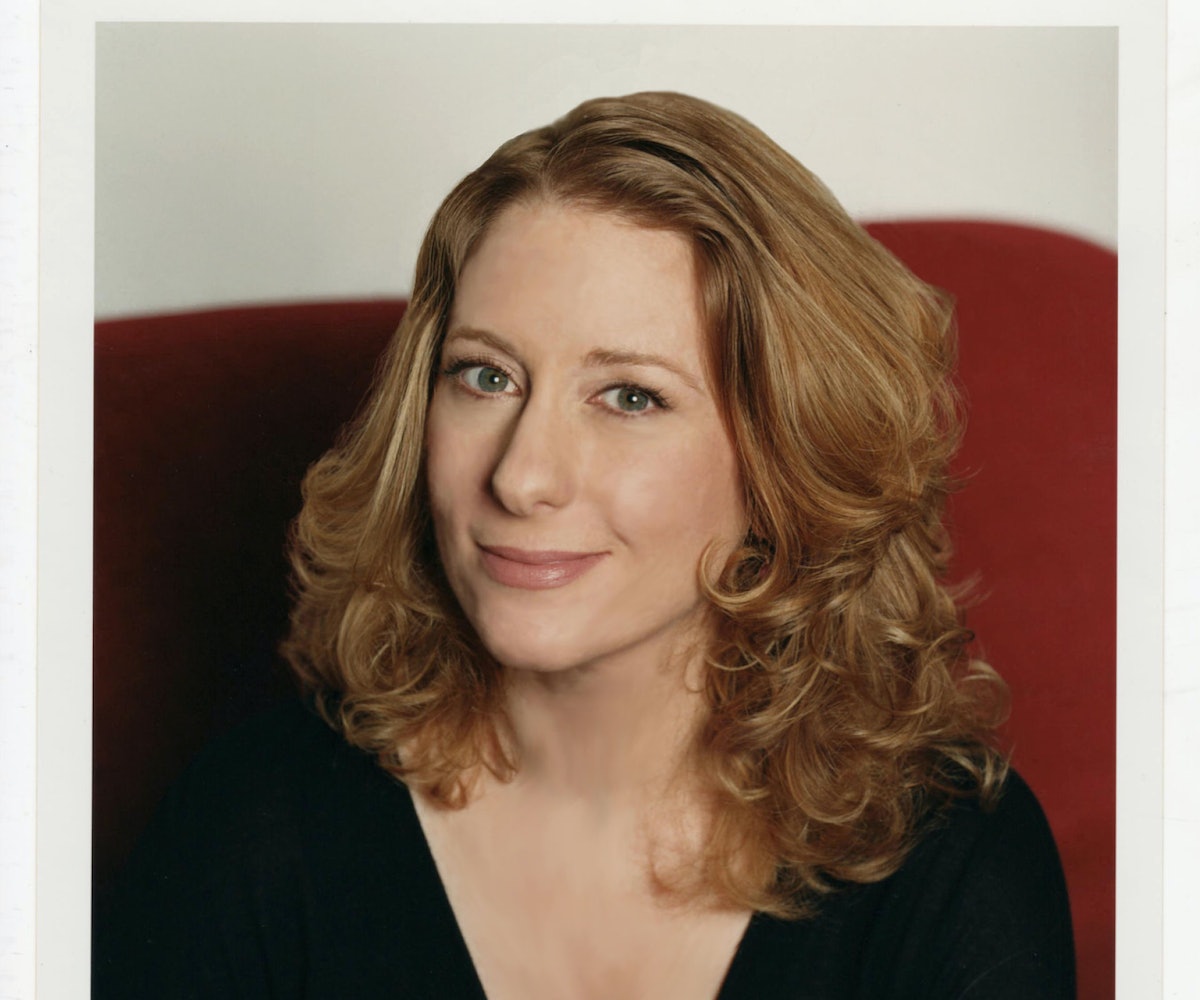 Nancy Jo Sales has been writing about youth culture for almost two decades, making her the perfect person to explore the extremely fraught relationship teenage girls share with social media. Sales, who wrote the Vanity Fair article that inspired Sofia Coppola's The Bling Ring, spent more than two years researching the insidious reality that is born out of a culture where images can be shared and disseminated instantly, and self-worth is measured in likes. The result is her deeply unsettling new book, American Girls: Social Media and the Secret Lives of Teenagers, which meticulously lays out the perils—from cyberbullying to slut-shaming and sexual harrassment—young girls face today. Sales interviewed 200 teenage girls in ten states, and what she uncovers is somehow both shocking and expected at the same time. We recently spoke to Sales about her findings, how they affect her experience of raising her own teenage daughter, and why being a teenage girl in today's day and age can be a very scary thing.

What drew you to this topic initially?

There have been a lot of high-profile cases of girls in the news being cyberbullied, committing suicide—some of them experiencing sexual assault. We wanted to know if these were just isolated cases, or if they were indicative of more widespread problems going on in the world of girls.

How do you think that this affects boys and girls differently? Is it just an extension of normal gender dynamics?

There’s an awful lot of sexual harassment that goes on in social media. It doesn’t always get called that, right? And I think it is sexual harassment, and I think it’s a problem that doesn’t get identified as that, and it’s a problem that girls are becoming used to the idea that people have the right to validate them or comment on their appearance. If you were walking down the street and someone said, “hot ass,” that would be called catcalling and would be indicated as offensive. If you’re a girl on social media, and you take a picture of yourself and someone says, “hot ass,” what are you supposed to do? In the culture of social media, you’re supposed to say, “Thank you! Aw!” and put an emoji with heart eyes.

[A lot of the most popular Social media] was created by guys in the “bro culture” of Silicon Valley. So this is what I was thinking about when I was doing this book and talking to these girls. There’s an incredible amount of sexism, sexual harassment,  and sexually explicit content. Even though I’m older, it still has an effect, because it’s still something you’ve got to deal with. I think it has everything to do with where it comes from—the tech industry—which is such a male-dominated industry. A lot of these apps are literally made by frat boys.

Do you think there’s ever going to be a point where these girls, and maybe the boys too, say, “Okay we’ve had enough of this, we don’t want to be treated like this anymore,” and just stop using social media entirely, or at least in that way?

Do I think that they are going to eventually one day just kick social media? There are girls in my book who have rejected it, for the very reasons you describe. A lot of girls in the book do have a really critical analysis of it. They’re not just blind followers at all—a lot of them have a lot of conflicted feelings about it.

People have to decide, okay, this is messed up, we have to do something about it. And then you have movements. And then you have people talk, and movements happen through people talking, and maybe they’ll talk about it on social media. Social media can be cool. Look what’s social media’s done for feminism, look what it’s done for Black Lives Matter. The Black Lives Matter movement is one of the most exciting things I’ve seen in my lifetime.

What kind of oversight do you think parents and teachers and administrators should have, if any, over the social media lives of these young girls?

They’re so at risk, especially if they are share sex and share nudes. It’s really up to their parents to give them the sort of guidelines that they want and talk to them about those kinds of things. I’m not trying to judge anybody’s parenting. But I do think they should be really, really aware of the dangers that girls especially fall into when they do share nudes.

I think parents certainly have to [talk to their daughters], if they haven’t already. And it’s not just shaking your finger, like “Don’t send nudes.” They need to know what to do if they’re asked. All sorts of things come up that are particular to their own situation. We haven’t had the ability to produce these images or share them instantaneously ever before. It’s absolutely new, and it’s something that kids really need guidance about, and they want help with to figure out.

You have a teenage daughter. How has having that immediate experience of having a teenage girl affected you as you’ve researched and written this book?

Having a teenage daughter myself has made me know how important the issue is for all girls. It’s not my place to talk about my daughter’s personal life; I wouldn’t do that because I respect her privacy. But I’m a mother of a teenager, so I understand from the world that she lives in now, that there are challenges for girls that never existed before that involve really insidious trends in our culture, like sexism and misogyny, and they need to be addressed for the health and the well-being of girls. Talking about the girls that I talk to, a lot of times their stories are so difficult and so painful. And girls are wonderful. They’re just these lovely people that I want our culture and our society to treat more as people, and respect more.

So often, there are all these ways in which we dismiss the voices of girls. You look at popular entertainment, which I talk about a lot in the book, and the images that you see of girls are so degrading. You have Gossip Girl, Pretty Little Liars, and I recently watched this show called The Affair. I just loved this show. It’s so gripping, so well done, but one of the things that really bothered me was that every person in the show has a very, very developed personality, except the one person: the teenage girl. Every time we see her, she’s this one-note, slack-jawed, eye-rolling, shallow, vain, bitchy thing. And that really bothered me every time she came on the screen. We have all these stereotypes about teenage girls and what they’re like, and I think these stereotypes enable us to dismiss their problems, and keep us from really caring about them and caring about what’s going on with them.

Do you see any similarities between today’s climate and the culture at the time you wrote The Bling Ring?

A lot of the issues in The Bling Ring are still problems today. Look at the Kardashians. They’re the most popular people on social media as a family. I talk about them at the very beginning of American Girls, actually, because I think that they exemplify all of these trends in our culture. They didn’t invent anything, let’s not give them that much credit. Credit isn’t even the right word because their brand involves these insidious things like materialism and conspicuous consumption. Let’s just admit that. They just know how to work it really hard, and they’re really good at it, because they incorporate all of these unfortunate values, like wealth, materialism, luxury brands, sexualization. Kim has created some almost iconic social shots, if social media can be iconic, like the one of her in the mirror where she’s looking behind her and you see her ass. That’s an iconic social media shot which is now repeated and repeated and repeated and repeated by so many women and girls. But also what you see—and I talk about this in the book—is them flaunting their wealth, you know? She’s always doing something that shows you how much she’s got. So I don’t really think that’s gone away at all.

What kind of feedback have you received from the book, and has it been from a lot of parents and girls the same age?

I’m really happy that the book seems to be striking a chord among both parents and girls. I think there’s a lot of resonance. It’s really heartening. I’m getting emails not just from girls in America, but all over the world. There are slut pages in the Bronx, in Crotona Park East, in the poorest neighborhoods in the country. There are slut pages in Boca Raton, one of the most affluent communities in Florida. And I’ve had some book events where I go and talk to people, and it’s almost like desperation among the parents, especially the moms: “What do we do, what do we do, what do we do?”