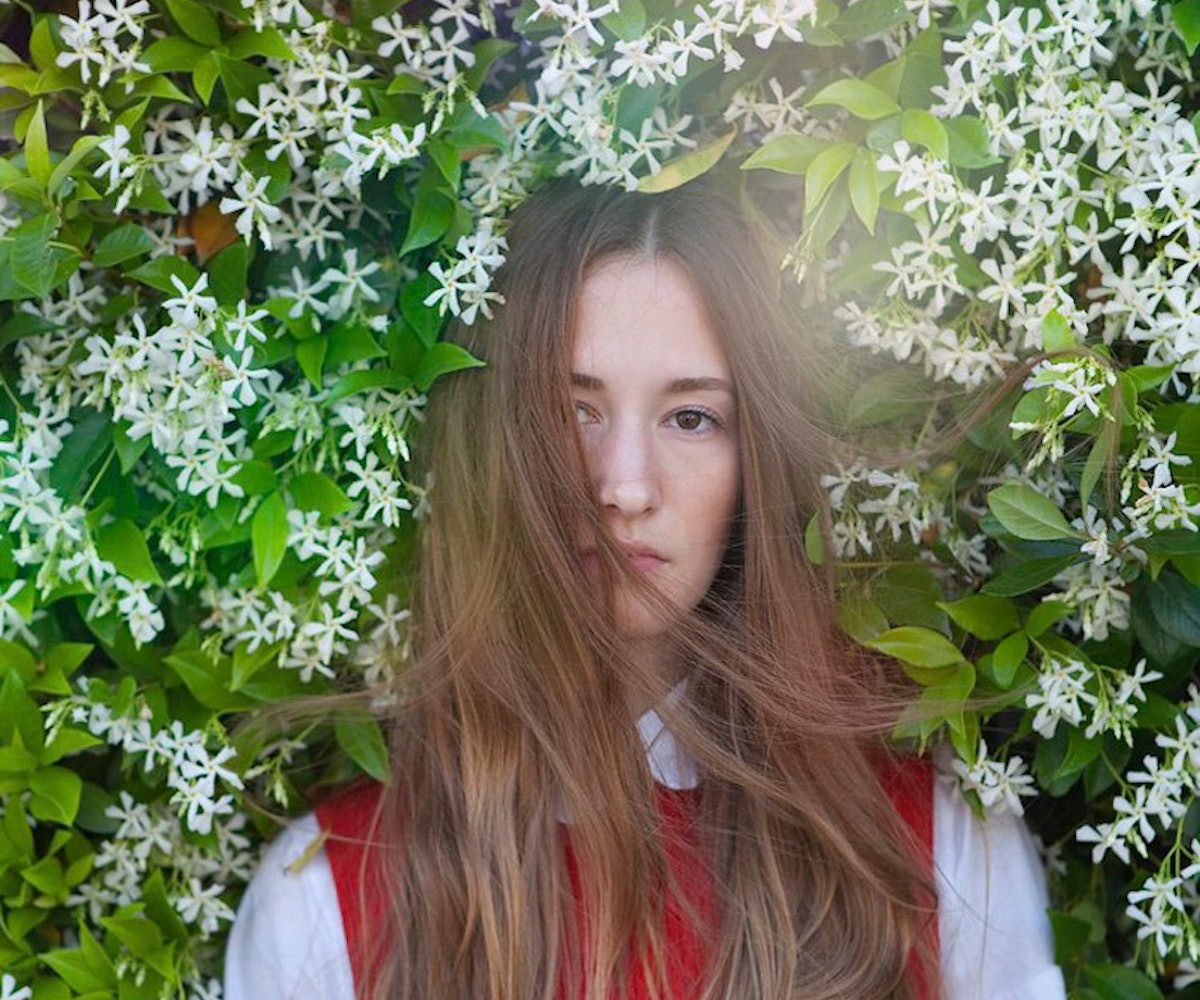 Natalie Neal makes the sort of art that you want to live inside: color-drenched, whimsical, and filled with the type of hard-to-pinpoint charisma that practically jumps right off the pages. The L.A.-based photographer and director shoots for the likes of

magazine, as well as lending her eye to brands like American Apparel.

So what's her secret? Maybe it's the fact that her studio playlist is stocked with all of our favorites, like Fiona Apple and old-school R&B. Or maybe it's because she also appreciates the genius that is

. Either way, we're officially dubbing NYLON's latest Artist In Residence our '90s soulmate (c'mon, she even peppers her work with Lisa Frank stickers!) and after checking out her photos, $10 says she'll be yours too. Meet Neal below.

2. Three things that have inspired me this week are...

I was just visiting my parent's house where I grew up and I went through all my old toys and books. There is this book "Bony-Legs" that is so inspiring to me and really shaped my idea of storytelling as a kid. I also picked out all my favorite Barbie furniture and clothes to keep for myself since my mom is getting rid of old stuff. I brought them back to LA with me to photograph.

Mary Blair. She makes me think about what is magical in the world; that perspective helps me breathe life into the stuff I make. She was a visionary and pioneer at Disney during a time when hardly any women worked there. She reminds me I can do stuff that is hard and accomplish things that are unlikely.

Fiona Apple's new album, Mariah Carey's Butterfly, and basically any pop or R&B from the late '90s. If I'm alone or I need to relax I like listening to Stan Getz or Jobim.

5. The weirdest thing that's ever happened to me on the job was...

On one of my shoots a couple years ago a 7 or 8-person E! Channel TV crew randomly showed up (by the permission of the modeling agency, not by myself) because they were apparently going to interview our models for a show. There were 5 models on set, their parents, all of my crew, and we were shooting this birthday party scene in a tiny living room of a house. We were super smushed on this cramped set and they went nuts interviewing everyone for like an hour! I had no idea they were coming and no time in our schedule, so me and my stylist kept shooing them out but they wouldn't leave. It was the strangest thing that's happened to me on any movie or photo set, period.

To be the creator of a re-vamped version of

show was). It would be set in the '90s, and hold all the drama and intrigue of

My So Called Life

NEXT UP
The Art Issue 2022
What It’s Like To Be A Tattoo Artist To The Stars
The Art Issue 2022
Instagram Didn’t Kill Party Photography. It Just Made It Evolve.
Nylon Nights
NYLON Party Report Card: Hublot Brings the World Cup to Art Basel Miami
Life
Inside NYLON House At Miami Art Week