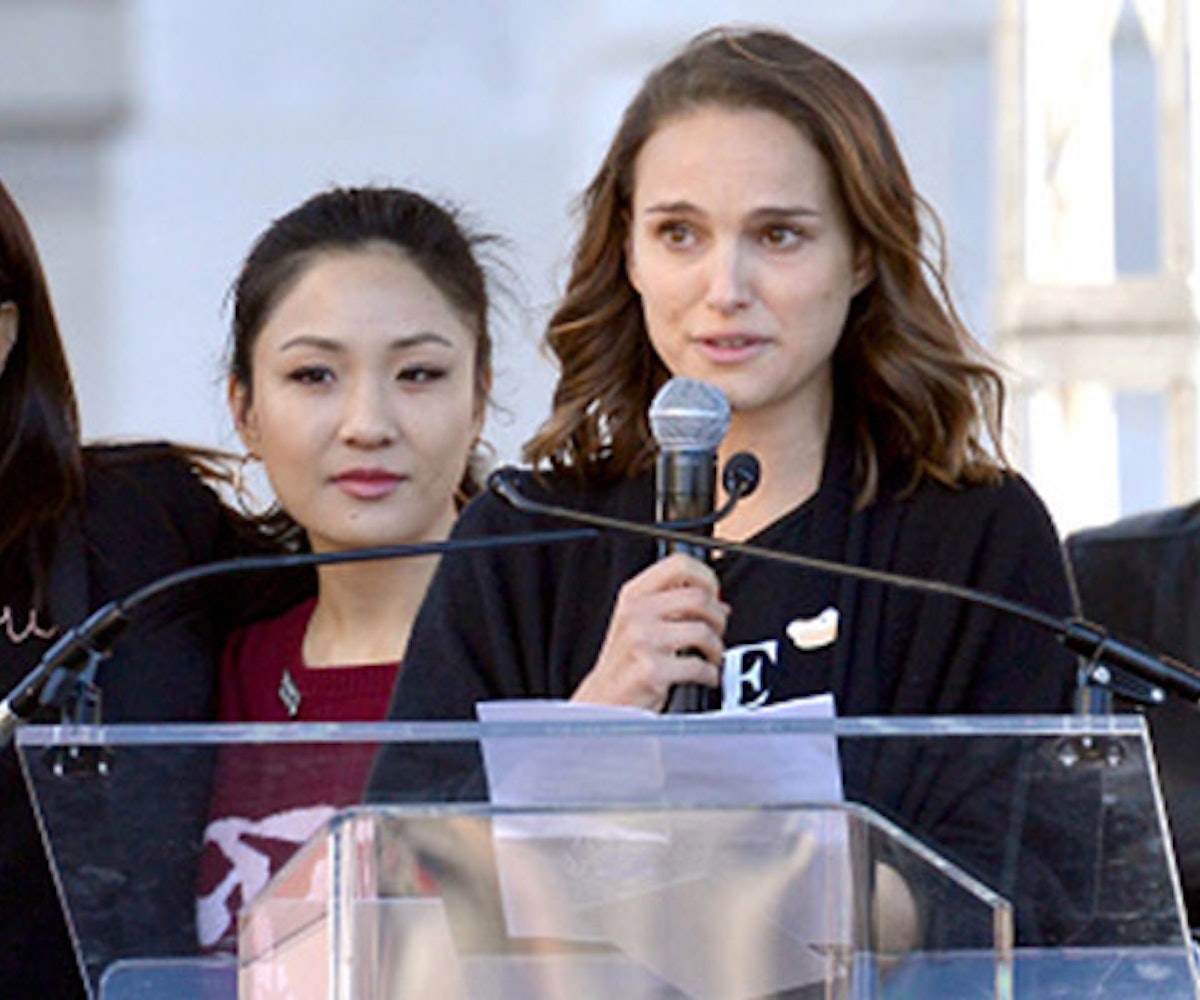 On Saturday at the Women's March in Los Angeles, Natalie Portman talked about experiencing "sexual terrorism" when she was 13 years old. After the release of her first film, Léon: The Professional, Portman said she received her first bit of "fan mail," and that it depicted a "rape fantasy."

"At that moment in my life, I too was discovering my own womanhood, my own desire, and my own voice," Portman said. "I was so excited at 13 when the film was released, and my work and my art would have a human response. I excitedly opened my first fan mail to read a rape fantasy that a man had written me."

She went on to talk about how there was a countdown to her 18th birthday on a local radio station, when she would be "legal," and movie reviewers commented on her "budding breasts."

"I understood very quickly, even as a 13-year-old, that if I were to express myself sexually, I would feel unsafe," she said. "And that men would feel entitled to discuss and objectify my body to my great discomfort."

She said she "quickly adjusted" her behavior and "rejected any role that even had a kissing scene and talked about that choice deliberately in interviews." Portman felt like she had to create a new reputation for herself, one that was "prudish, conservative, nerdy, serious," just so she could feel that her "body was safe" and her voice "would be listened to."

“I felt the need to cover my body and to inhibit my expression and my work in order to send my own message to the world: That I’m someone worthy of safety and respect,” she said. “The response to my expression, from small comments about my body to more threatening deliberate statements, served to control my behavior through an environment of sexual terrorism.”