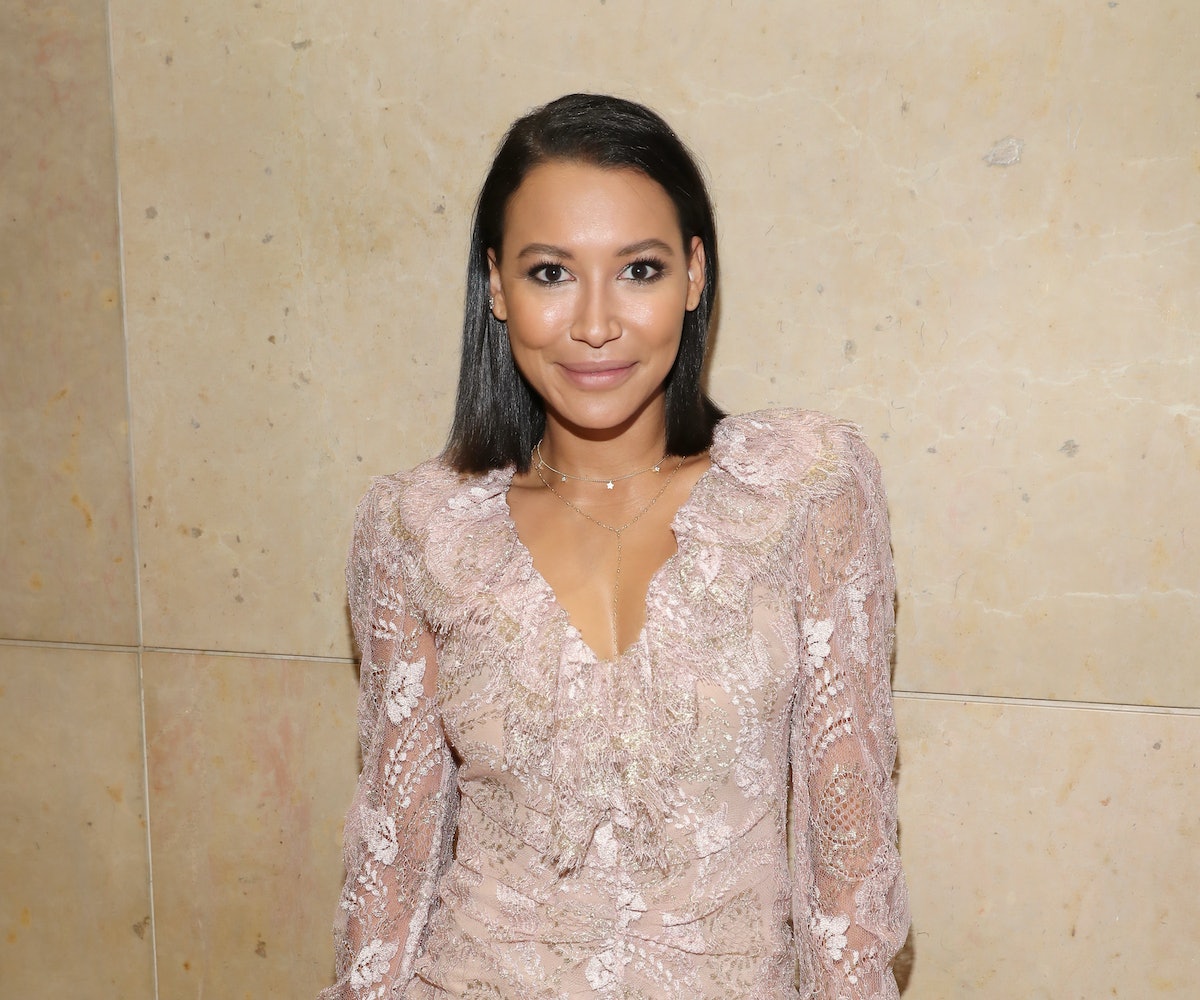 Amidst the growing abuse accusations against famous men in the public eye, it's been almost easy to forget that women are just as capable of abuse as men. Case in point: former Glee actress Naya Rivera was arrested and charged with domestic battery after striking her husband, Ryan Dorsey, during an argument on Saturday evening. Reporter Kalea Gunderson shared a video on Twitter of Rivera appearing in front of a judge for her arraignment, where the judge informed her, "You have been charged with a misdemeanor domestic battery." Rivera admitted to the charges and was taken home by her father-in-law after being released on bond.

Gunderson tweeted, "Criminal complaint states Rivera's husband Ryan Dorsey told police she struck him in the head and bottom lip when they were on a walk with their child."

The details surrounding the couple's altercation are unclear, but the situation raises an issue that's perhaps not frequently addressed enough. The myths that come up in a case like Rivera and Dorsey's are that men can't be physically (or sexually) abused and that women are not capable of domestic abuse against males. The problem with this narrative is that it prevents men from being able to address their victimhood out of fear of emasculation, with cases like this often brushed aside and forgotten.

Hopefully, we can all remember that abuse is abuse, no matter the gender of the victim.