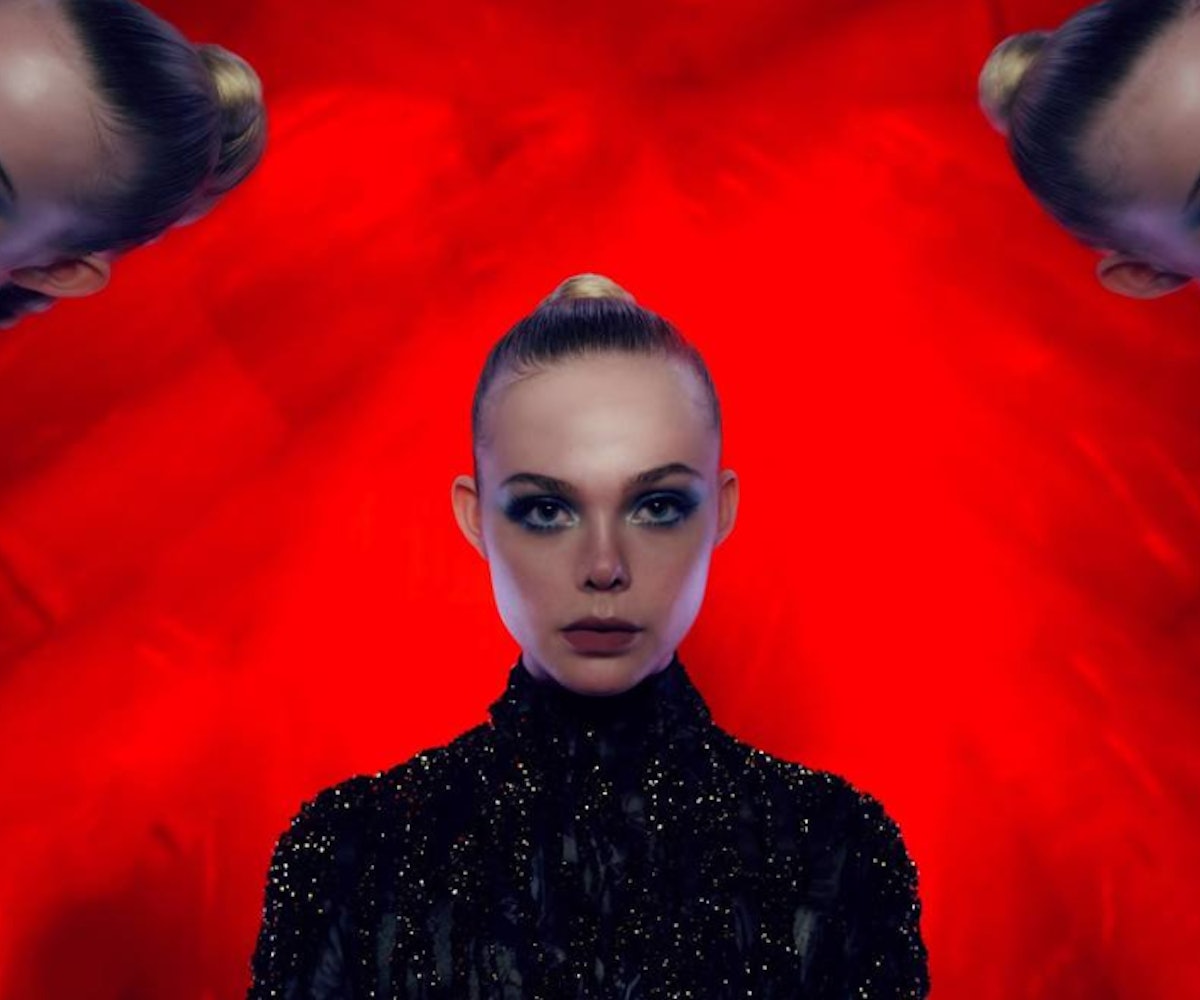 Nicolas Winding Refn is an uncompromising filmmaker, whose clear vision can sometimes cloud other worthwhile aspects of his films. Drive, his most successful and accessible film to date (not a coincidence), was followed up by Only God Forgives, which was as impenetrable as it was disappointing (also not a coincidence). His latest movie, The Neon Demon, falls somewhere in between. Beginning as a somewhat traditional thriller starring Elle Fanning, The Neon Demon becomes something else entirely by its final act, proving that Winding Refn could care less about giving the people what they want.

Initially, the movie works. It follows 16-year-old orphan Jesse (Fanning, in her most grown-up role yet), who moves to Los Angeles with aspirations of becoming a model. Right away, her combination of youth and corn-fed innocence arouse a predatory interest in her sexuality. On her path to stardom, she befriends makeup artist Ruby (Jena Malone), whose friendliness is a mixture of motherly love and physical attraction, and models Gigi and Sarah (Bella Heathcote and Abbey Lee, respectively), neither of whom hide their innate jealousy (or plastic surgery) from Jesse.

Winding Refn depicts L.A. as a terribly empty place, and everyone Jesse encounters seems out to get her, from a high-profile photographer (a skeletal Desmond Harrington) to a casting agent (Christina Hendricks), who ignores Jesse’s age and lack of parental consent. A sense of panic sets in every time she leaves her shabby motel room, as she faces growing hostility from the likes of Gigi and Sarah, who interrogate her at a party, coldly demanding to know who Jesse is sleeping with. Their flat tone, along with the menacing lighting, amplify feelings of claustrophobia and anxiety, and Winding Refn makes you feel the pressure of women forced to turn on one another, trapped in a closed space where they are made to compete. Jesse’s stardom means Gigi and Sarah’s demise, which is repeatedly shown by men who belittle the vets by comparing them to their younger counterpart.

It makes sense that the visually operatic director would set a horror film in the fashion world, given the anemic bodies of models and its image-based content. Fanning plays a big part in the movie’s early success, providing a balance of innocence, fear, and confidence that gives the character emotional weight. You both care and fear for her, despite knowing very little about her.

Sadly, Demon begins to lose its punch halfway through. Scenes of the slow, unemotional dialogue become unintentionally funny, an unsettling fact given the film’s subject matter. The Neon Demon’s real downfall though is Winding Refn himself, as his script falls into surreal nonsense, adding moments of horror that are ultimately unwarranted.

The turning point is Jesse’s first runway show, which plays out like a nightmare, as she envisions a neon triangle and mirrored images of herself kissing one another. Visually, it's stunning. But it doesn’t seem any bit real, and Jesse’s extreme personality shift happens too suddenly. She’s no longer kind but cocky, which gives the talented Fanning less to work with.

Threats to Jesse’s life start to become more real, with a murderous motel manager (Keanu Reeves) showing up, but all the dangers are so unrealistic that they come off as anticlimactic. The first half’s mounting tension devolves into surreal montages, killing any momentum the film had. Jesse’s arc leads nowhere, and instead, audiences are gifted with an awful scene of necrophilia, which seems to come out of nowhere.

These bizarre artistic choices ultimately prevent Winding Refn from establishing his point about how awfully women are treated in today’s culture. Worst of all, the film instead depicts female-on-female brutality without properly showing the societal pressures that lead to the metaphorical violence. In other words, the women wielding the knives become repulsive, and not the men who forcibly arm them.