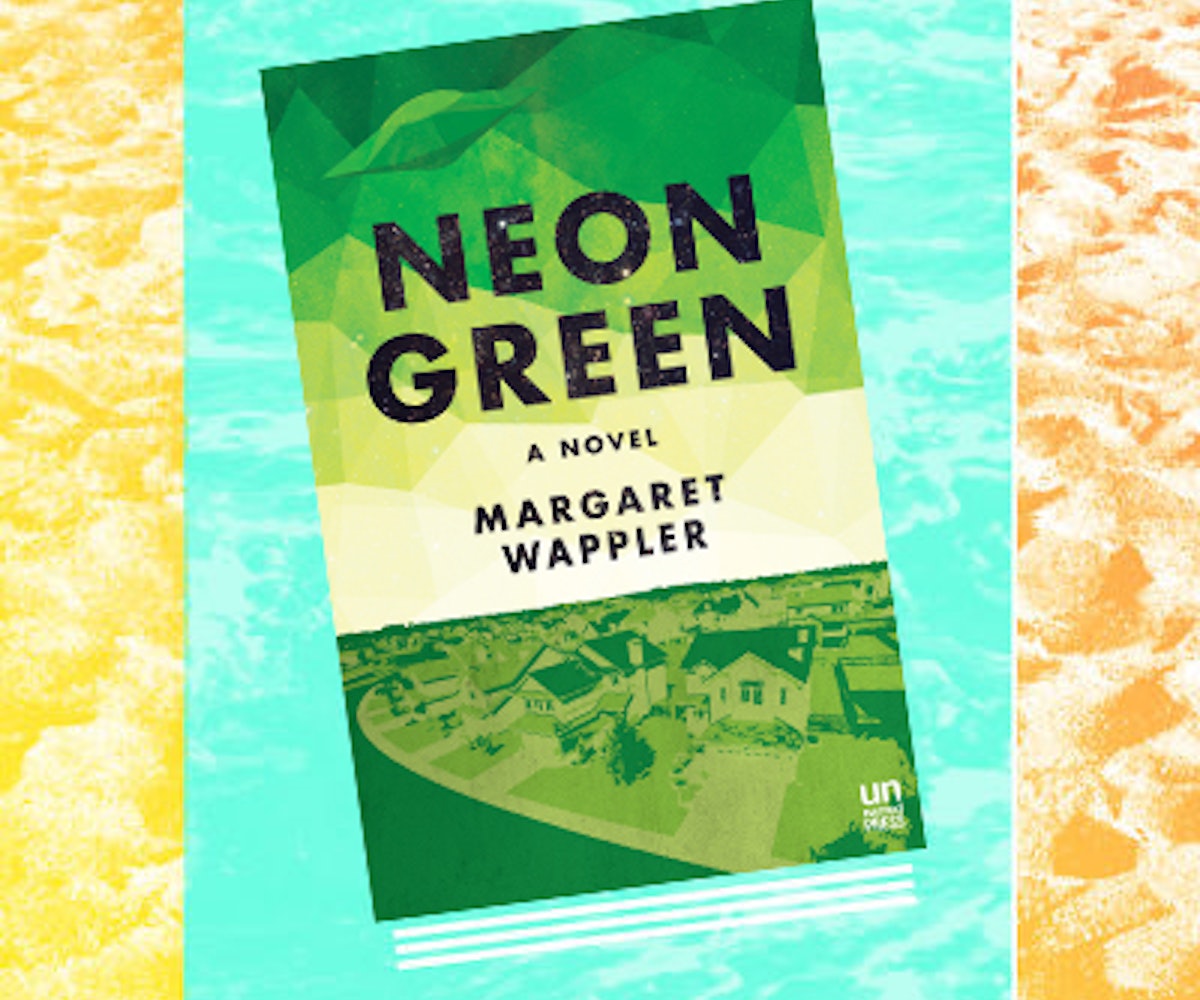 In writer Margaret Wappler’s version of suburban Chicago in 1994, things are pretty much the same as most ‘90s nostalgics remember, save for one little detail: aliens. Not only have extraterrestrials made their presence known in the States, but the government has approved visits from Jupiter, allowing those who can afford it to have aliens stop by their weddings and bar mitzvahs, and other people to enter sweepstakes for the chance to have a flying saucer park right outside of their homes.

Most people are thrilled by the program, but environmental activist Ernest Allen couldn’t be more perturbed by it (which comes as no surprise, considering his anal annoyance at pretty much anything that can’t be sourced directly from the Earth). So when his son, Gabe, sneakily signs up for an alien visit and, of course, wins, Ernest mandates that his family—completed by wife Cynthia and daughter Alison—log every spurt, beam of light, and potentially toxic neon green emission from the UFO stationed in their backyard. Just when it seems as if it’s harmless, Cynthia is diagnosed with cancer, and Ernest sets out to prove that the mysterious visitors are to blame. In the process, he and the rest of his family learn that, regardless of how much they may try to micromanage, or blame the unfamiliar, some things simply cannot be controlled.

As if the genius of Neon Green’s plot isn’t enough, Wappler’s penchant for detail is sure to hook readers, illustrating the Allens and their home so vividly that they could easily feel like one of the family’s next-door neighbors during the ordeal—not just because the picture of the flying saucer is so clear, but also because of the emotional connections that are fostered between the reader and each family member. You’ll sympathize equally with Gabe and Alison, who are so eager for an escape from their mundane suburban life; Cynthia, the slowly deteriorating glue that holds the family together; and even Ernest, who becomes so engrossed in establishing the immobile flying saucer as an enemy to distract him from his wife’s health. Moreover, it’s no easy feat to make a pre-internet setting feel relatable in our internet-dependent times, but Wappler transports us to the mid-’90s with ease, making us realize that, with or without government-sanctioned visits from outer space, things haven’t changed that much after all.