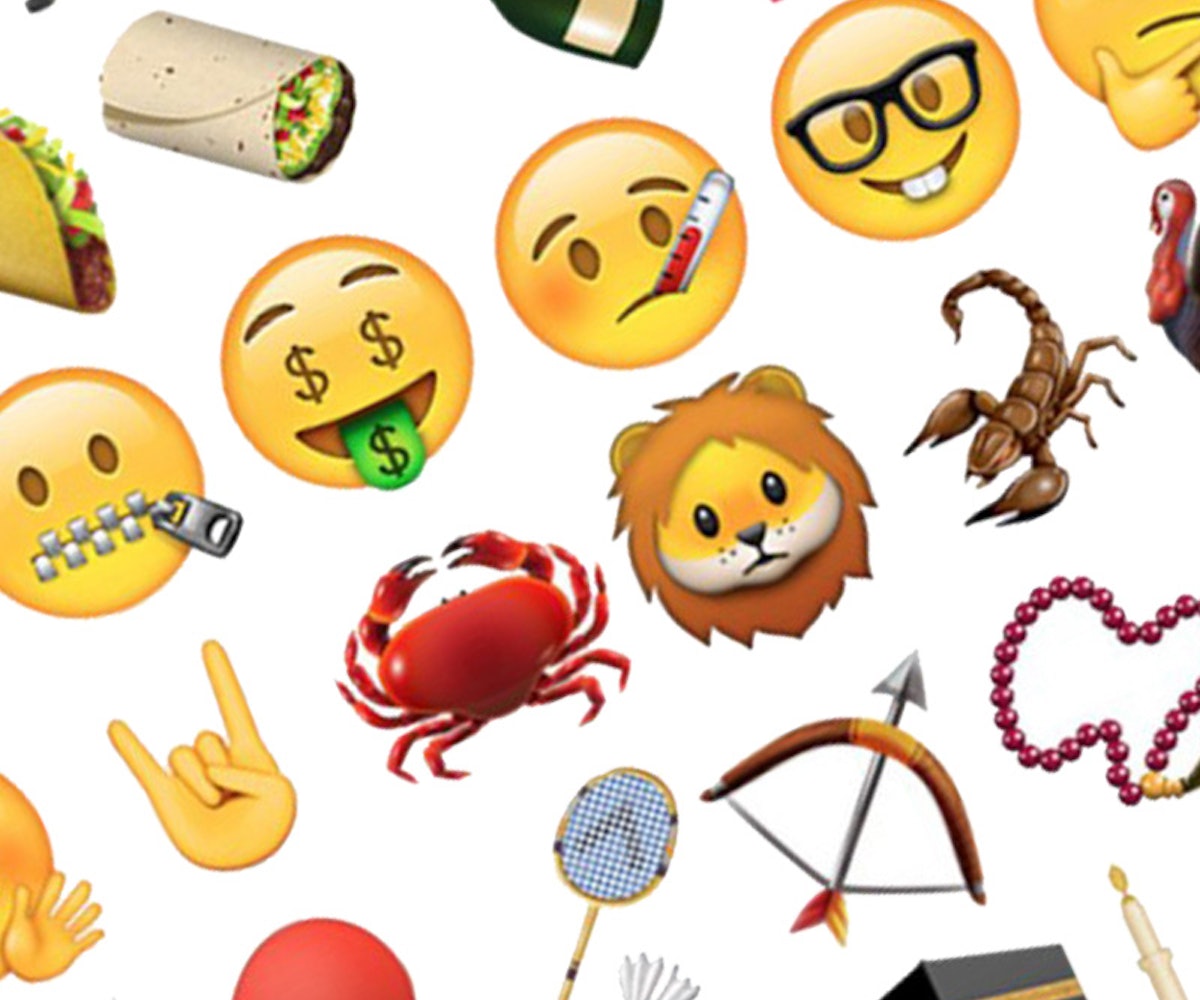 Emojis have completely changed the way we communicate. This is fact, not fiction. Social "influencers" recognize the power of this tool, and now the original emoji creators are trying to keep up with the demand. Earlier today, the Unicode Consortium announced that a whopping 72 new emoticons are set to arrive this month.

We've been keeping you in the loop with all of the updates scheduled for the keyboard, but most of the changes underway weren't expected to happen until 2017 at the earliest. Somehow, the emoji gods have blessed our fingers, and we'll be graced with new icons sooner rather than later.

So what candidates are on deck? As always, more faces—drooling, sneezing, vomiting, and rolling on the floor laughing. The animal kingdom might include a fox, rhinoceros, deer, and gorilla. (Too soon, we know.) For all the foodies, cucumbers, avocados, pancakes, and salad could be on the menu. (Why not hot sauce, though?) Activities such as boxing, water polo, juggling, and gymnastics have also been added because everyone is all about fitness these days (not to mention the upcoming Olympics). Oh, and don't miss out on the scooters and medals. So many winning combos.

Before we know it, we'll be living in a world where we communicate without words. To some degree, emojis can't be lost in translation... Or can they? For all the visual learners in the universe, though, there's never been a better time to be alive.