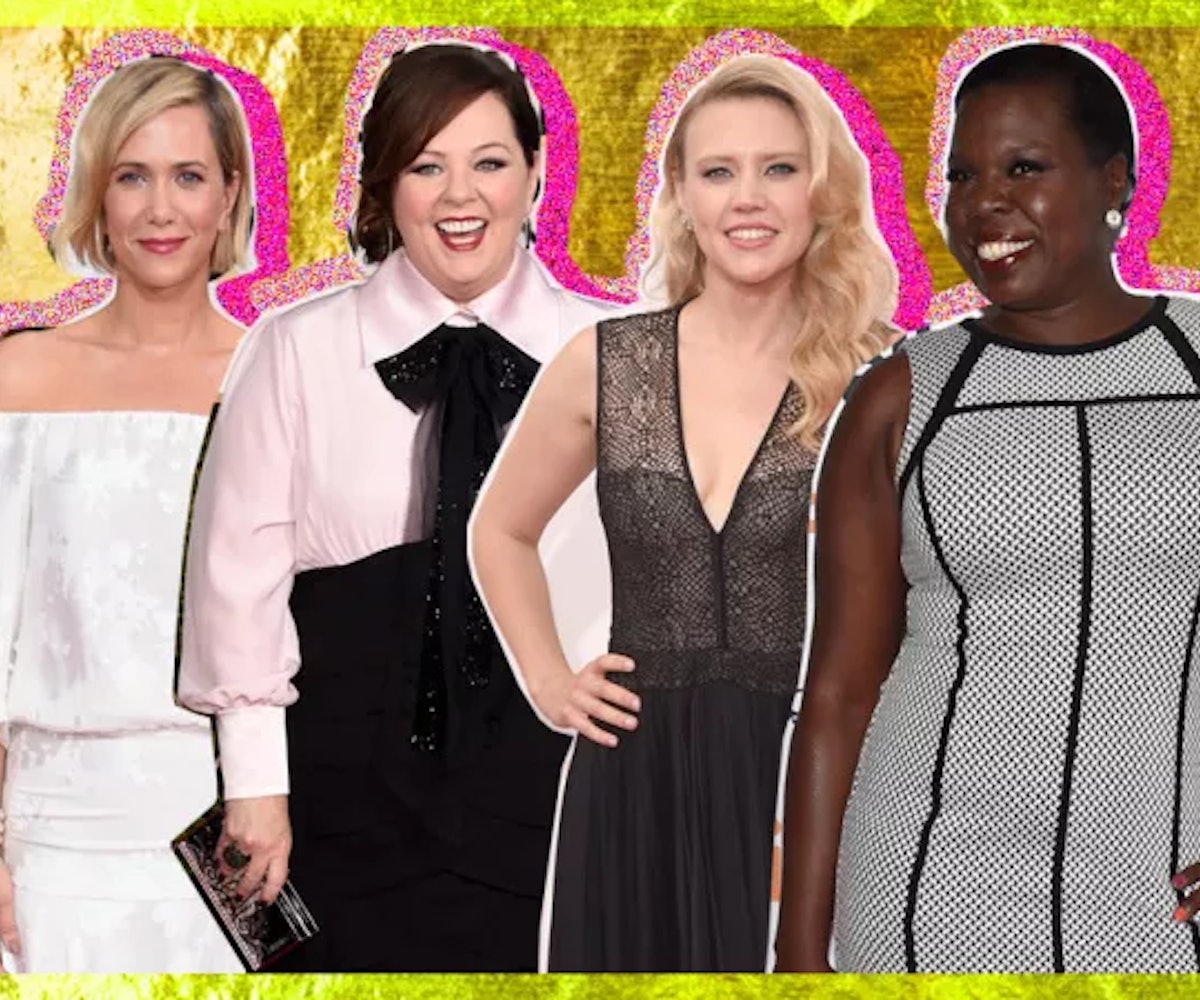 The new all-female Ghostbusters movie has begun shooting in New York City and Boston, which means expect a flood of goodies leading up to the movie's release next July. There have been unofficial leaked set photos, but the first official promotional candy comes courtesy of director Paul Feig, who tweeted out the first official pic of the new Ghostbuster uniforms along with the no-brainer hashtag, #whatyougonnawear:

The new uniforms are definitely reminiscent of the old ones, except they're darker and feature bright orange stripes, presumably for those spooky nighttime ghostbusting runs. The iconic logo has been left alone, which is a nice touch, But the most exciting part about this photo are the name tags on the lapel, which feature the last names of stars Kristen Wiig, Melissa McCarthy, Leslie Jones, and Kate McKinnon, reminding us of this too-good-to-be-true cast.