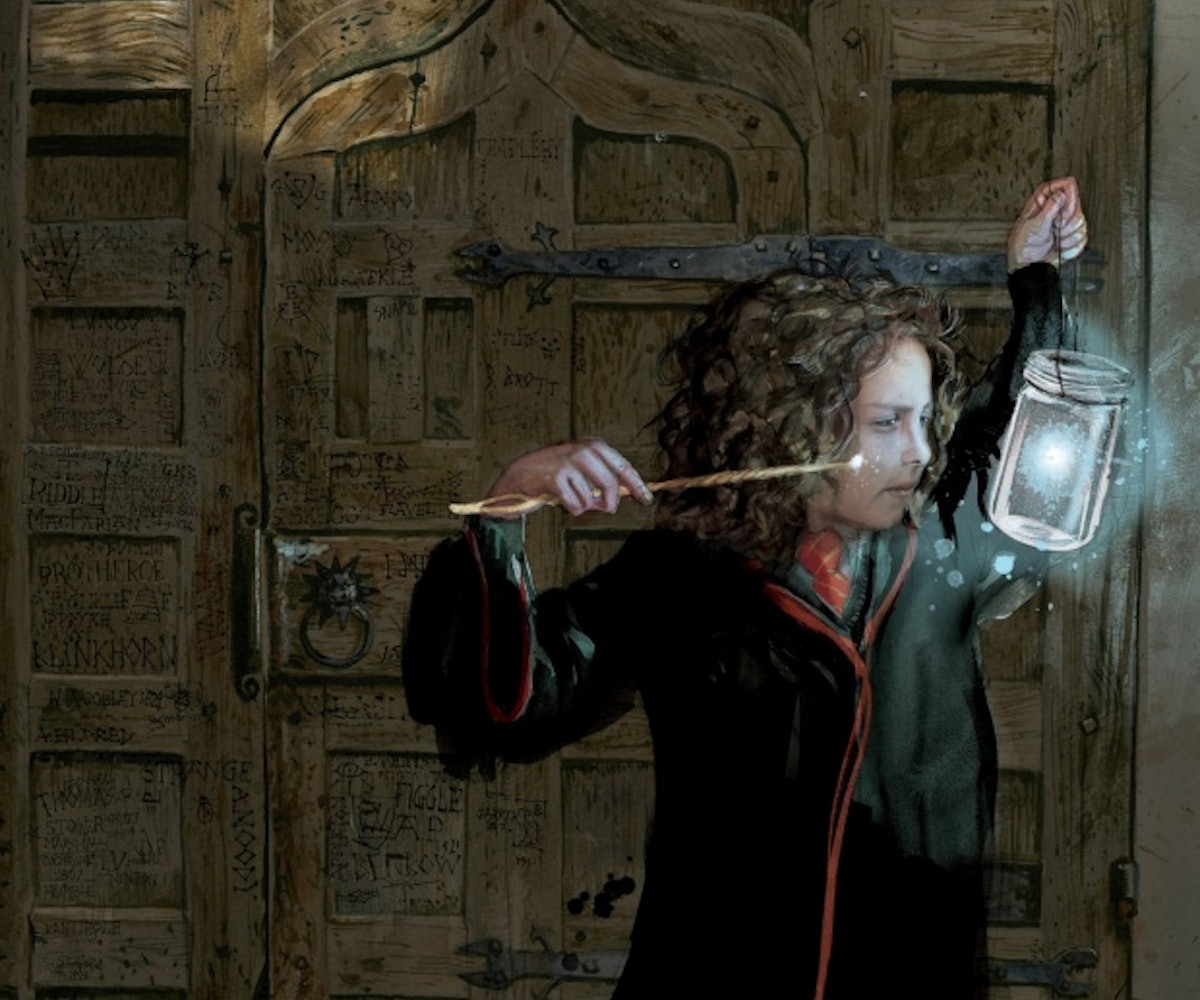 Oh, wow: New images from the upcoming, illustrated version of Harry Potter And The Philosopher's Stone just hit the internet, and they are mesmerizing. The illustrations are of four major characters, and while they're gorgeously drawn, they look nothing like the Hermione, Ron, Draco, and Hagrid that we've come to visualize (the image of Harry was already released). Of course, our surprise is due in no small part to our association with the actors who play them. But it's a good reminder that before Emma Watson was ever cast, there was a description of a Hermione with "lots of bushy brown hair, and rather large front teeth."

Jim Kay, the illustrator behind the images, recently said that having to re-imagine Harry Potter caused "brain-freezing terror," which sounds like a pretty appropriate feeling given he's tasked with illustrating one of the most popular series in the world/of all time. Looks like he overcame the terror, though—these images are magical, whimsical, and beautifully rendered.

Check out the drawings in the gallery and let us know what you think of the new faces of Harry Potter. (via The Guardian)