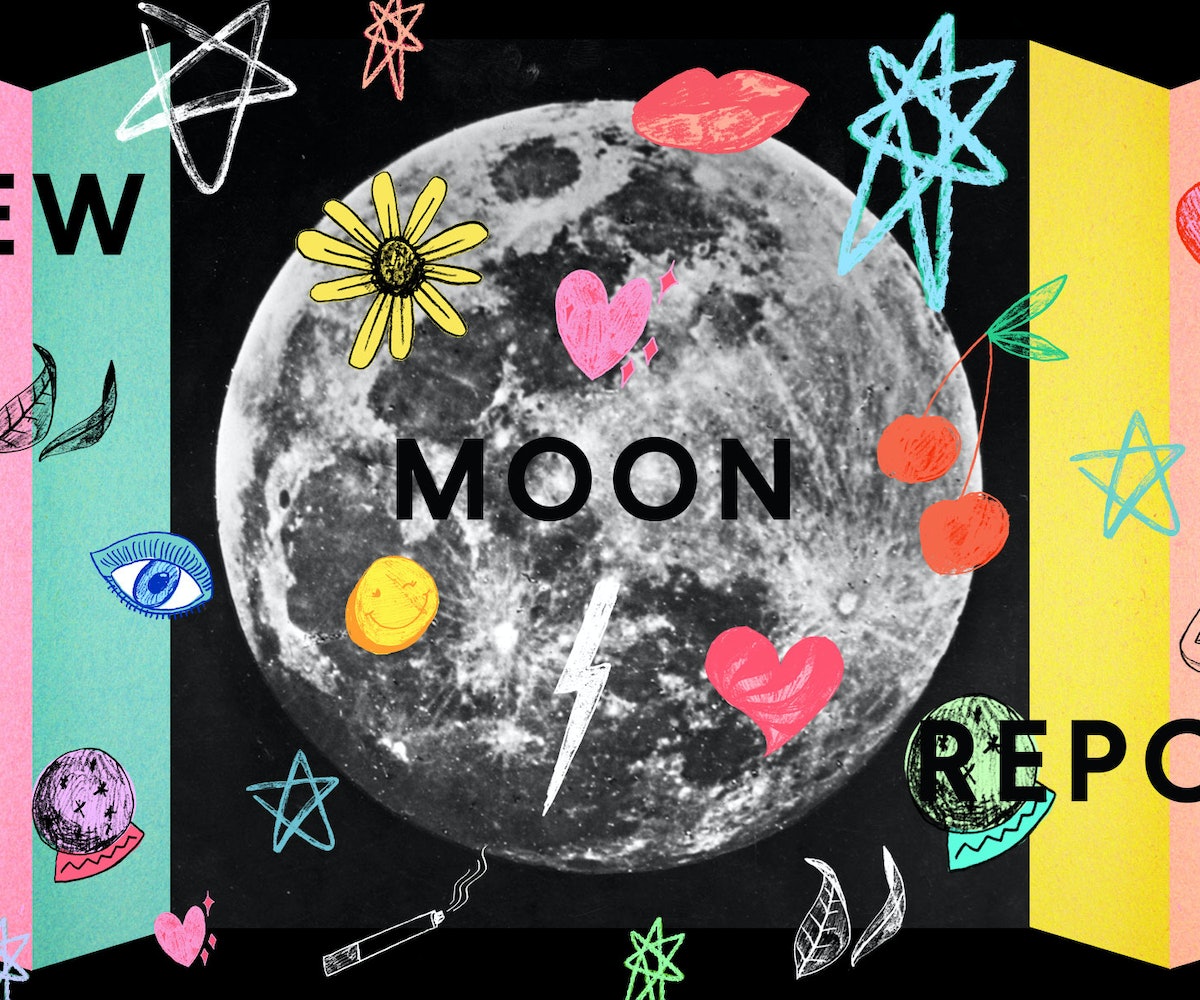 The dust has begun to settle from last month’s cosmic electrical storms and we can begin to pick up the karmic pieces now. But the healing and growth process many of us are mired in is a massive undertaking, and despite the tricky signs stating otherwise, the journey certainly isn’t over yet (is it ever really over?), which will become crystal clear to those who fight to keep their feet firmly planted in the earth through the surreal New Moon in dreamy water sign Cancer on July 4. Sure, residents of the U.S. can expect fireworks on Independence Day, but everyone under the stars should prepare for smoke and mirrors. Hang on tight, baby—yes, this is the way into the light, but none shall pass without dancing with the trickster and the magician to level out the karmic lessons of the previous weeks.

The New Moon in Gemini last month triggered a chain reaction of dualistic changes with a mutable Grand Cross; just when it seemed like things were getting better for good, a wave of side effects and residual changes we may not have been prepared for sideswiped our progress. Of course, there were many benefits to our crises, as well—such is the twin nature of a Gemini Moon—but make no mistake, this was no easy transition. Our current lunation is the next level of this cosmic domino effect: An opportunity to readjust and recalibrate on our own terms after last month’s disasters, dilemmas, and overall drama, before eventually reaching a lasting resolution. But don’t get too comfortable—we’ve got a few more miles to go before we reach the safety of home.

July’s Cancer New Moon will nudge a Saturn-Neptune square conjunct Mercury—the same aspect responsible for June’s flaming minefield of hidden obstacles—but with much more gentle, even calming results. The theme of this aspect reflecting off of the Cancerian New Moon is unlearning past patterns and devising—even inventing—new methods of problem-solving. Cancer is a traditionalist, and with both the Sun and the Moon hanging out in this sign, we’ll feel most comfortable staying in our lane. But with the Moon and Sun, and also inconjunct Saturn, the teacher of hard lessons, we can plan on having some unlikely curve balls lobbed our way, which will require creativity and resilience to overcome. These unexpected road bumps aren’t necessarily negative, at least not purely so, and will encourage imaginative thinking in order to solve problems with levity and a sense of humor.

The Cancer Sun, which will also be quincunx Saturn, is a karmically weighty aspect that will further encourage thinking outside of the box—but only temporarily. The hairbrained schemes we devise now are brilliant for patching up holes and getting on to the next task, but once everything is said and done the repercussions of these eccentric solutions will need to blend nicely with all aspects of your life once this cycle is over. Cancer can be extremely stoic, typically lending a no-nonsense air to tackling life’s little sticklers, which lends this New Moon an air of respectability and adultness. There’s a silliness to this Saturn quincunx energy, though, and it’s possible to get a tad bit carried away by the dreamlike state of our wacky thought processes, and we might end up playing the clown as our defense mechanism.

Mercury moved into Cancer on June 29, just in time to flood this lunation with its brainy, quick-moving energy. New Moons are the great initiators—this is the time for intention setting, making big plans, and preparing to manifest the future. But with Mercury’s flighty energy flitting through this watery lunation, sticking to one tried-and-true idea might be challenging. It’s these Mercury aspects that make passing fads so popular. The shadow side of this aspect is falling for anything that sounds legit—ultimately, being tricked by illusionary “quick fixes.” Beware the trickster. But the positive side of Mercury’s moonbeams is the uncanny ability to dream so forcefully that you trigger manifestation. Grounding yourself with looking at all the facts on paper and devoting time to self-care and meditation will do wonders during this time.

The Sun conjunct Mercury will heighten the trickster vibes and also trigger rebellious mischief against authority figures and the straight-and-narrow. Our egos may become so confused now that debating realistically and sensibly may seem impossible, and we may feel stymied by not being taken seriously, which could drive some to lash out. And yeah, kids will totally drive you nuts during these phases.

Since Cancer is such a low-key powerful sign, this New Moon lunation has similarly intense energy to a Full Moon. Passions are likely to rise to white-hot temps, either triggering destructive, childlike temper tantrums or launching our little piece of celebrity into the stratosphere. Fortunately, a strong Neptune trine reflecting off of the Dog Star Sirius sends a cool breeze over that fiery energy, ultimately delivering the soul healing we truly need. Again, be careful not to fall for the first thing that sounds good: Neptunian energy is notoriously tricky—after all, natives of Neptune, Pisces, are the big dreamers and illusionists of the 12 signs. Reality is mutable and easily bendable now, that is, if you’re powerful enough to make it happen.

The Sun and Moon trine Neptune provide ideal aspects for creatives, makers, and artists, and work released during this lunation will take on an extremely imaginative, awe-inspiring quality, likely receiving robust praise. Each of us—but especially those born under water and earth signs—have felt the deep wounds of reality a little too harshly lately, and may turn to these illusions for relief. Using alcohol and drugs excessively to self-medicate might temporarily take the edge off of some of these intense emotions, but those with tendencies for substance abuse may find themselves wrestling with addiction if self-care and restraint aren’t exercised in healthful ways. Temptations of escapism litter the scene, especially for those who’ve been especially beaten up by the universe lately. Egos are frail and porous, making the weaker sorts likely to buy into any false reality that looks shinier and sparklier than the pain they’ve experienced.

Insights will run deep for signs like Cancer, Pisces, Scorpio, Virgo, Leo, Gemini, and Taurus—but only if these signs can stubbornly turn their faces to the sunnier side of life, rather than the shadows. Faith in yourself and your own abilities will be your greatest weapon. For Capricorn, Aries, Libra, Sag, and Aquarius, you could fall into worshiping and caretaking for a benevolent dictator whose distant, distrustful, or worse, abusive. Direct your paternal or subordinate energy back to yourself with self-care measures, stay clear of abusing substances or relapsing into addiction, and you’ll come out of this lunar tunnel stronger and ready for lasting resolution. We all can stay grounded by keeping close to those we trust implicitly and focusing on our spiritual path. Don’t be afraid to ask for help from those you love.