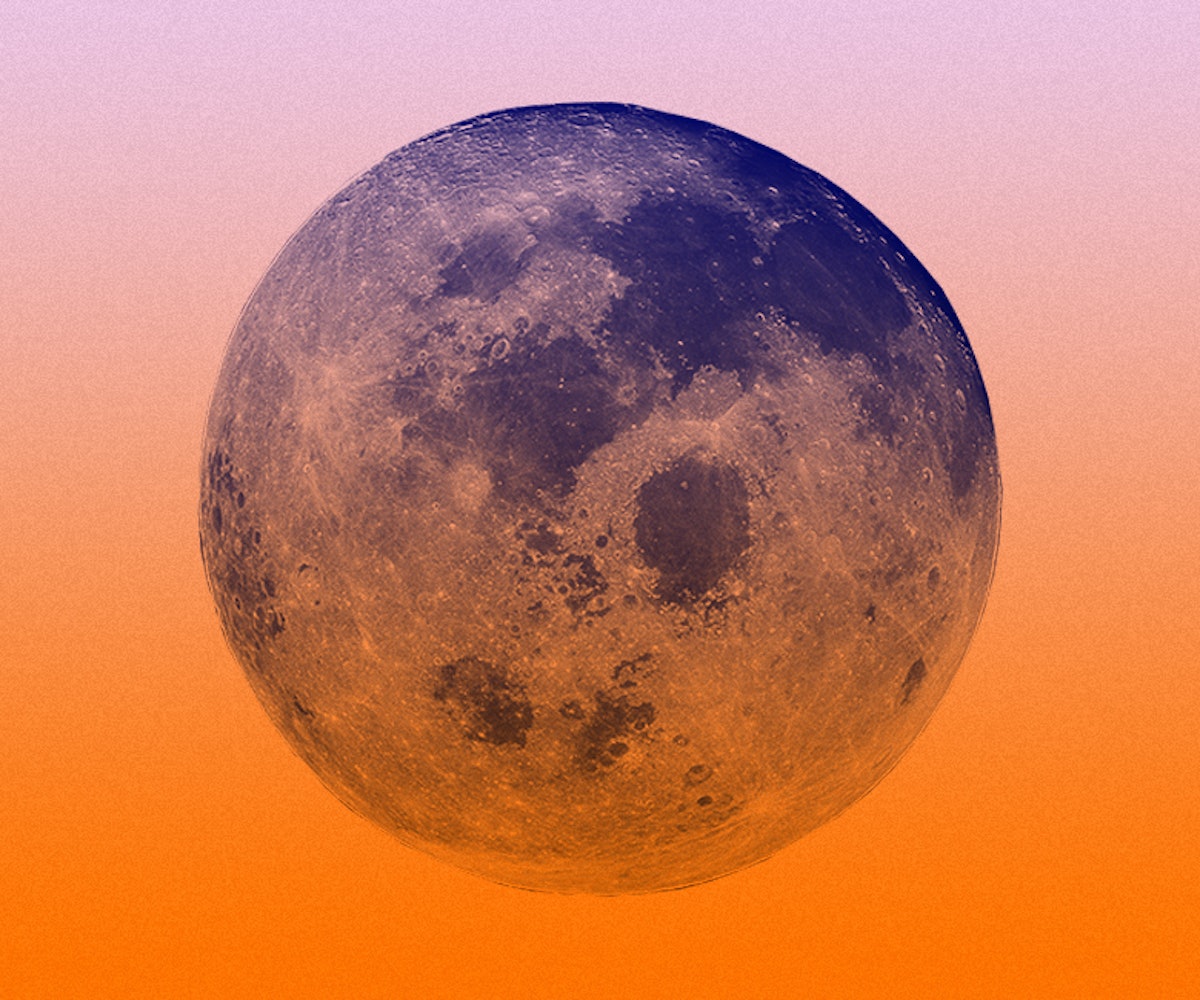 Despite whatever you’ve heard about the slow-moving bull, there’s really nothing like a Taurus to push you into action. When a Taurus knows what they want, they’re going after it—and nothing short of a moat the size of the Grand Canyon can get between them and their intended destination. A fixed and steady energy, Taurus season is suffused with eros, flowers that have burst from their green buds open extravagantly and scent the air. They know the bees are coming, they mean to offer what makes honey to the world. That is why the Taurus new moon arrives when it does, mid-month, on the heels of spring.

A sliver in the sky, a dark night suffused with the smell of roses, lilacs, and wet soft earth, this moon is a potion we steep our ambitions in. Like all new moons, this is a time for setting intentions, invoking and calling in what we want. New moons ask us to look forward, to initiate new cycles, to believe in our power to begin again. It’s no coincidence Cher, queen of rose buttcheek tattoos born under the star of Taurus, sang to us, “Do you believe in life after love?” and spent the rest of the song teaching us how to believe in it. What makes this new moon unlike all the rest is the fact that it will usher in Uranus’ transit from Aries into Taurus and, while you can look forward to a full and robust investigation into that transit later, it’s noteworthy to understand that this shift will have major ripple effects.

A slow-moving planet, Uranus spent close to eight years in Aries, serving us rebellious energy mixed with fiery Aries’ initiatory leadership. And, despite our electoral options, it’s hard to miss the many ways this decade saw a rise in united youth action and resistance, from Arab Spring and the Black Lives Matter movement to Protests at Standing Rock and the March for Our Lives. While Uranus in Aries concerned itself with stoking the flames and turning up the heat, Uranus in Taurus wants to know what structures you’re willing to build to maintain the life you want. Given this influence, the intention-setting new moon in Taurus takes on a robust role and, when she’s in charge, one can’t help but follow her lead.

So, follow her lead but do it on your own terms because there’s nothing Taurus respects more than self-actualized, self-determined individuals. Taurus energy doesn’t want you to beg for approval or seek permission, Taurus energy wants you to know yourself and what you’re worth, to set your own bar and to not only meet it but surpass it. What’s more, this new moon is deeply suffused with Saturn (decan 3 of Taurus), which is all about teaching us how to live fully into our future selves rather than repeating bad cycles that serve to stagnate our growth. At the time of the new moon, Mars will be in Capricorn (ruled by Saturn) and will form a square to Uranus, resulting in energy that is distinctly tense, inspiring creative restlessness and sexual frustration. Plus, the new moon will trine Pluto in Saturn, an influence that begs to transform whatever it digs up to expose.

If you let energy like that boss you around, you might find yourself crawling on the ground looking for something you’ll never find. So, star-child, pull yourself together by whatever means are most available to you. This dance, these mixed notes, these stars shifting around in the name of old gods, it’s an ancient dance for a new ceremony. What within you wants to become honey? Your movements are powerful and what feels personal to you can, with deep intention, become sacred to those around you. What you cultivate will feed the collective spirit.