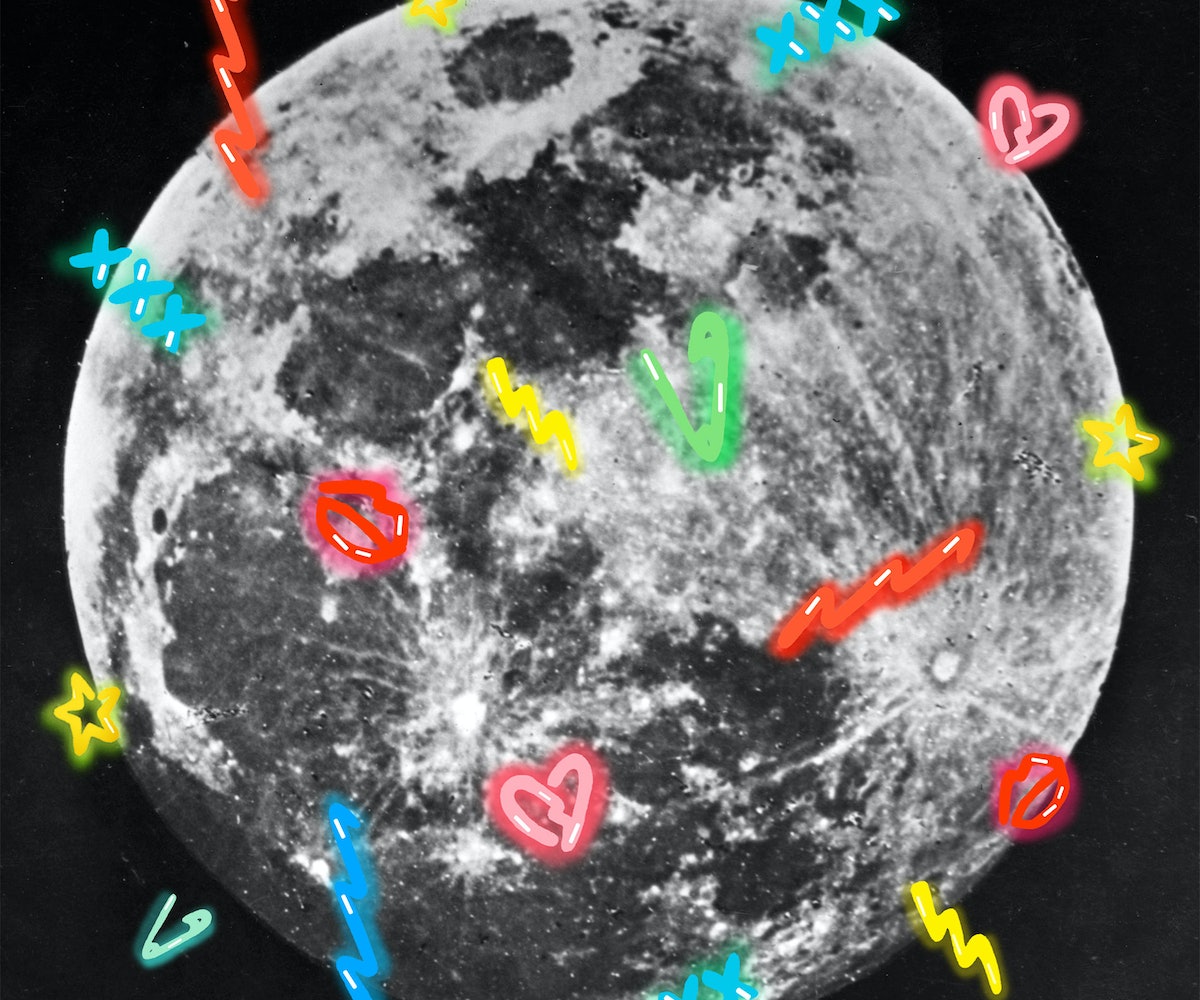 September charges into the present with a potent and somewhat harsh solar eclipse and new moon in supercritical Virgo, and we may start this month with the feeling that we’re going into battle. But this isn’t just some regular ol’ bad day that feels like warfare; this is a cosmic conflict between doing the right thing and taking advantage of shady situations for selfish interests. Boundaries are blurred straight off the bat on a physical, mental, and psychic level. When light and dark dance this close, it’s bound to get dirty.

This is all thanks to Saturn, dealer of tough love and learning the hard way, tangling with idealistic, fantasy-prone Neptune, inspiring internal conflicts between Neptunian idealism and empathy and Saturn’s harsh, sometimes hateful outpouring of energy. Playing the martyr or setting up interpersonal situations with a “sinner versus saint” mentality is likely, so be wary of swinging between cartoonish polarities and neglecting the existence of nuanced motives. Stereotypes come into play now, and it’s easy to demonize and scapegoat others instead of rationally sorting out whatever tangled interpersonal web you’ve fallen into.

The Virgo new moon, though modest, holds extremely agile energy powerful enough to bring the forces of manifestation to our fingertips, especially for Taurus, Scorpio, Pisces, Capricorn, and of course, Virgo. As the moon waxes out of this phase, those who’ve successfully harnessed Luna’s power might be left with an overblown sense of supernatural, even magical ability. Our hands are powerful, so if you work in healthcare, massage therapy, or the like, you’ll probably experience heightened stamina when it comes to healing others. Likewise, writers and artists who use their hands (think: sculpture, ceramics, drawing, musicians and players of instruments) will be extra-dexterous and prolific in creating healing, even spiritual works now.

Creative work is likely to awaken some dormant demons in our psyches, and the effects of this lunation will demand that the toxins of our life come to the surface and be purged over the next two weeks. This will certainly not be pretty or pleasant, and may downright scare the shit out of some. The more intense signs, like Virgo, Scorpio, Aries, Capricorn, and Cancer, are more poised to deal with these ugly realities, and may even find themselves unwittingly playing a super-villain for bringing attention to these nasty little dark spots. But facing these truths is essential to healing; you can’t just put a Band-Aid over a gangrened, rotting wound.

Virgo’s harsher aspects are heightened in these weeks, as well, specifically in the form of intense judgement and self-criticism. There’s a self-destructive, punishing streak here we all need to be aware of. Re-invention—destruction before rebuilding, the force of fierce destroyer mother goddess Kali Ma—is essential for moving forward, but you don’t need to hurt yourself in the process.

Some may feel so strong and justice-oriented as the Virgo moon squares off with unforgiving Saturn that they take on many “projects” in the form of people. Be judicious with exerting your energy on healing others, lest you begin a vicious cycle of unhealthy enabling with energy vampires, adult children, and false “wounded bird” types. In relationships, one partner may play the responsible parent while the other flits off as the irresponsible, rebellious child. Don’t fall for this trap—the aspects are just right to drain not only your energy on a lost cause but your bank account, too.

At the same time, the Virgo sun will be squaring off with tough love-oriented Saturn, bringing on the theme of an overly strict or punishing, fatherly authority figure. Those in seats of power may feel drunk with power and abuse their positions, striking fear and anxiety into gentle hearts. This is an oppressive aspect, leaving signs like Libra, Aquarius, Gemini, and Sagittarius grappling with inferiority complexes. Fear-mongering and control are powerful weapons now, but there’s a wise, old side of this cosmic dance that can teach certain signs valuable lessons about weathering the intense storm.

Neptune, ruling planet of mystery, fantasy, and spiritualism, will oppose the super-grounded Virgo moon, sparking some unconsciously negative motivations and even deceptive, dishonest tendencies. Most of the time, offenders during these aspects don’t actually set out to screw people over from a purely mean, evil place, as hard to believe as that is in these tense times. There’s an otherworldly, hypnotic quality here, which can make the super-sensitive, psychically gifted signs (Pisces, Scorpio, Cancer, Libra, and Taurus) sponges for negative energy. Corruption is easily disguised by spiritualism and “experts,” so be alert when it comes to fraud and film-flammers. Self-medication through drugs and excessive alcoholism is a very likely response to this overblown energetic sensitivity in harsh, unsupportive environments. It’s best to feel the pain soberly and work through its unpleasantness rather than numbing yourself completely.

Meanwhile, the sun’s opposition to Neptune brings on an imaginative momentum that drives us to dive headlong into making the fantasy of our goals a reality. It seems as though people are effortlessly coming together to champion artistic efforts, and great creative works can be produced now. We may also be overly idealistic about love now, and again, the savior and wounded orphan dynamic can be an easy, fantasy-driven mantle to bear. Be careful of putting too much pressure on an otherwise healthy relationship by deifying your partner. Finally, realist Saturn, which will be squaring off with idealistic Neptune, remind those “rescuers” in relationships to enforce and respect their boundaries to preserve their dignity. It’s time to draw the line in permanent marker—be extremely careful and considerate of what and who you invite into your life in the next two weeks.

NEXT UP
Culture
Allie Rowbottom’s Novel Aesthetica Isn’t About Instagram — It’s About Survival
Entertainment
Precious Pepala Is Going From TikTok Covers To Her Own Resonant Songs
The Art Issue 2022
From Renaissance To Gemini Rights: The Stories Behind 2022's Best Album Covers
Entertainment
Olivia Rodrigo Hinted At New Music In 2023