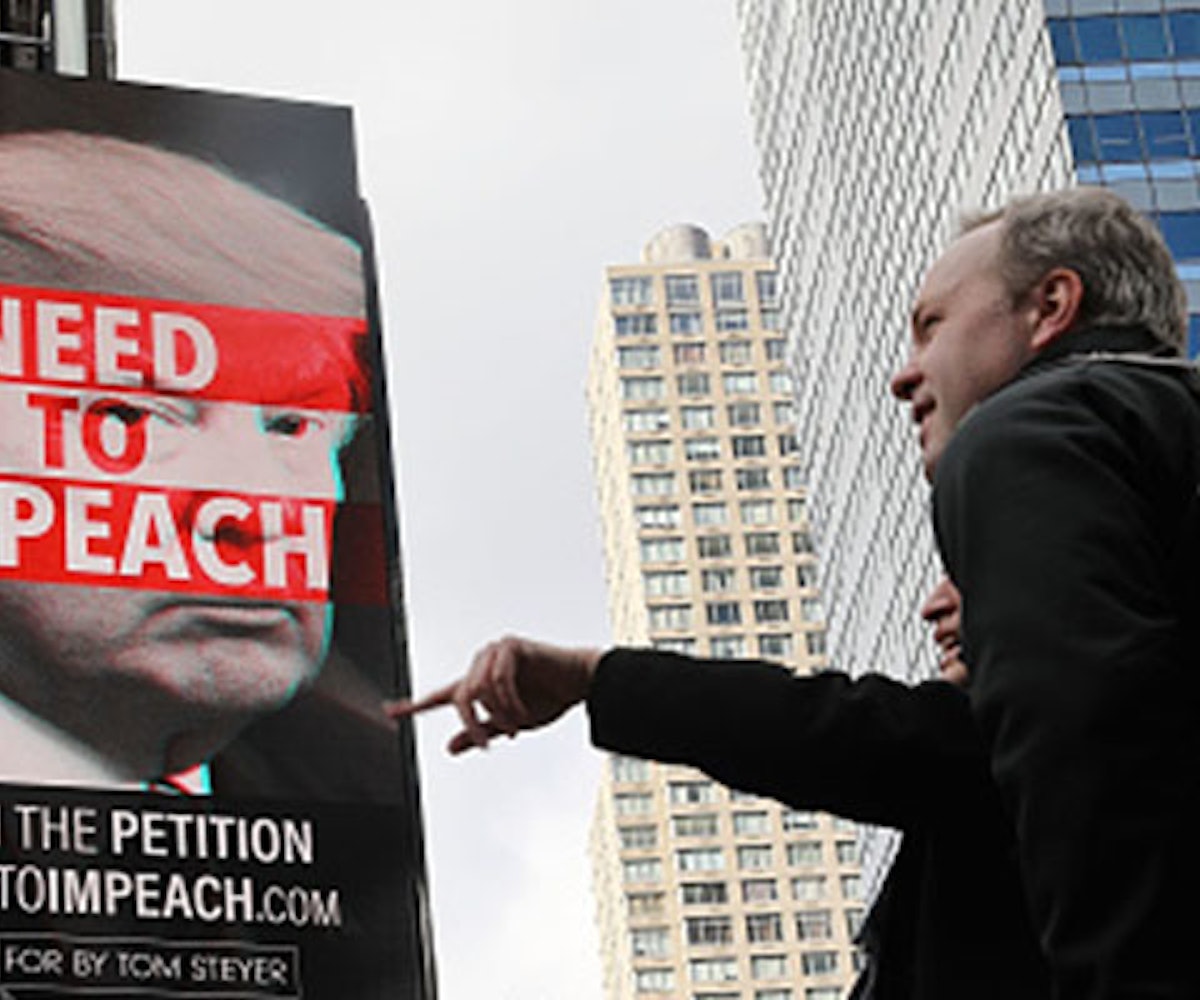 As if we needed any more hard evidence, recent reports suggest that our president isn't just a conniving, heartless liar, but he's also completely lost touch with reality. How fun! Not only does Donald Trump spew complete falsehoods on Twitter, apparently he does it in the privacy of his own home, too. Sources told The Washington Post and The New York Times that, in private, Trump insists that Barack Obama wasn't born in the United States, voter fraud robbed him of the popular vote, and he definitely didn't collude with Russia, among other things.

He's even questioned the validity of the Access Hollywood tape, in which he says he grabs women by the pussy, and has asked confidants if it "sounds like him." Trump has repeatedly claimed the tape isn't real, despite the network confirming it is. He's also told people Robert Mueller will wrap up his Russia investigation by the end of the year and that the president will be absolved.

“He creates his own reality and lives in his own reality and tries to bend reality around himself and his own deep narcissistic needs,” Peter Wehner, a veteran of three Republican administrations and a senior fellow at the Ethics and Public Policy Center, told The Washington Post. “But, of course, in the end reality wins out, and trying to disfigure it or reinterpret it doesn’t work.”

Unfortunately, it's been working for Trump so far. He lied throughout his campaign and now he continues to lie, or believe his own stories if we are to believe this, while he's in office. Some (read: Trump supporters) might view him as a businessman protecting his brand, but his brand is delusional old man. Just this morning, Trump retweeted xenophobic videos from Britain First, a known far-right hate group. He also continued to attack free press in America.

This is a man who a few days ago made up a story about being asked to be on the cover of TIME magazine when no one even asked. It's truly terrifying to think the person in charge of everything likes to "tells fables to himself, about himself," as Tim O'Brien, executive editor of Bloomberg View, put it, "to create the narrative he wants to see."

If I'm creating the narrative I want to see, the president doesn't collude with Russia, assault women, and encourage violence against minorities. Also, the president is a blonde woman named Hillary Clinton.