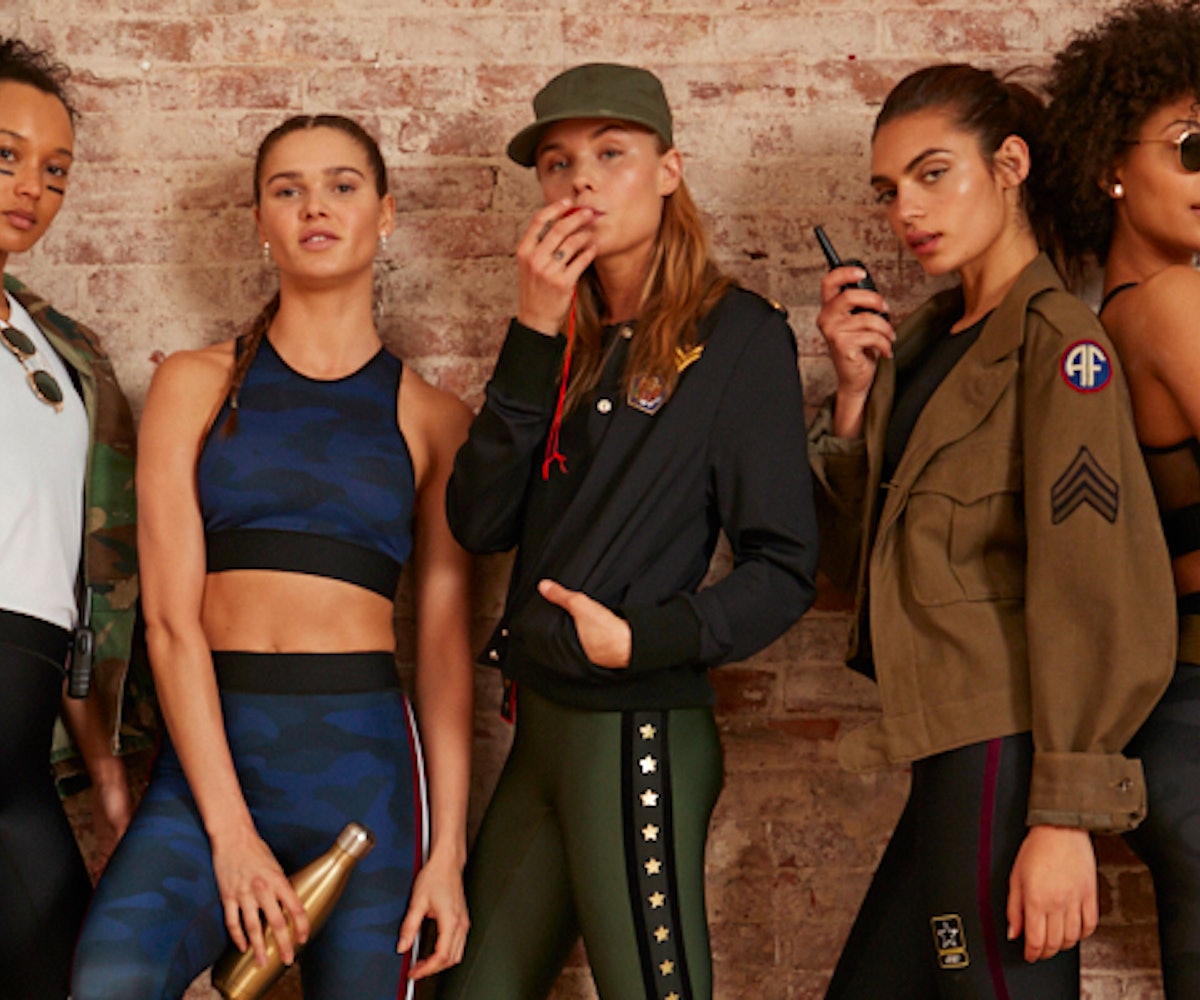 If you're at all into fitness and athleisure, you know that Ultracor puts out some of the most covetable workout leggings around. After the fashion-forward brand released its first two collections of leggings, in partnership with popular activewear retailer Bandier, featuring star and lighting bolt prints, the styles sold out almost immediately and prompted a list of 1,000 people waiting with bated breath to get their hands on them.

Now, it looks like the brands are on track to sell out again with their third collaborative drop, Girl Power. The collection, "created for strong women—those who fight the good fight every day, stand up for what they believe in, and motivate others to do good and be their best selves," according to Bandier's press release, features the same cuts that fans fell in love with. Inspired by the military trend that was dominating ready-to-wear collections this season, the effortlessly chic collection features 11 pieces—five leggings, three sports bras, two tank tops, and one jacket—and combines stars, stripes, and camouflage. If we had to put out bets on which style is bound to become cult-favorited (read: sold-out) next, it would be on the navy-red 'Camo Collegiates.'

Check out everything the newest BANDIER x Ultracor collection has to offer, below, and be sure get your hands on your favorite piece before it's too late as a bunch of sizes have already sold out.