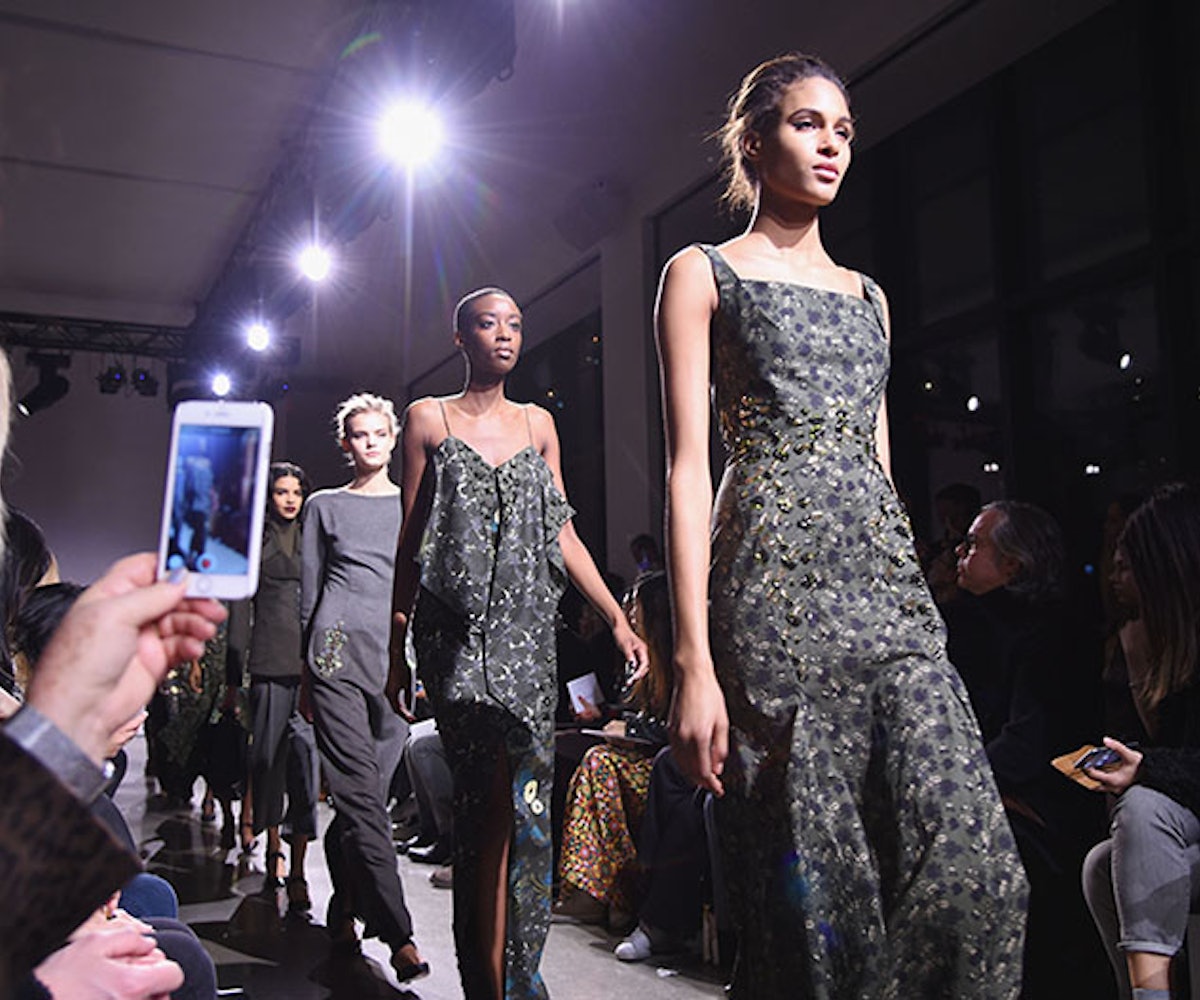 According to a survey done by The Fashion Spot, which analyzed 120 fashion shows from last week’s New York Fashion Week, this season was the most diverse collection of shows in recent history.

Many designers chose to cast mostly (or all) nonwhite models this season, with Kanye West casting only models of color for his Yeezy Season 3 presentation at Madison Square Garden and Zac Posen casting 87% nonwhite models for his runway show. Other labels, such as Chromat, Brandon Maxwell, and Sophie Theallet also followed suit, with more than half of their models being nonwhite.

Photo courtesy of The Fashion Spot.

The inspiration behind this movement can be largely credited to Ashley B. Chew. The model noticed the lack of diversity at a casting last September, urging her to create the “Black Models Matter” tote bags that have been sported by everyone from Zac Posen to Iman.

However, while there have been a lot of positive change this season, there’s still much improvement to be made. Some designers are still falling behind—Yigal Azrouel (pictured below) and Monse only featured one nonwhite model this season, followed by Rachel Zoe with only two. In addition, model Leomie Anderson, who is also a woman of color, has taken to her Twitter to draw attention to the fact that many makeup artists and hair stylists are not prepared to work with models of all races backstage at shows. Makeup artists aren’t equipped with makeup in darker colors while hair stylists aren’t trained to work with different hair types. See above infographic for a closer look at the study.