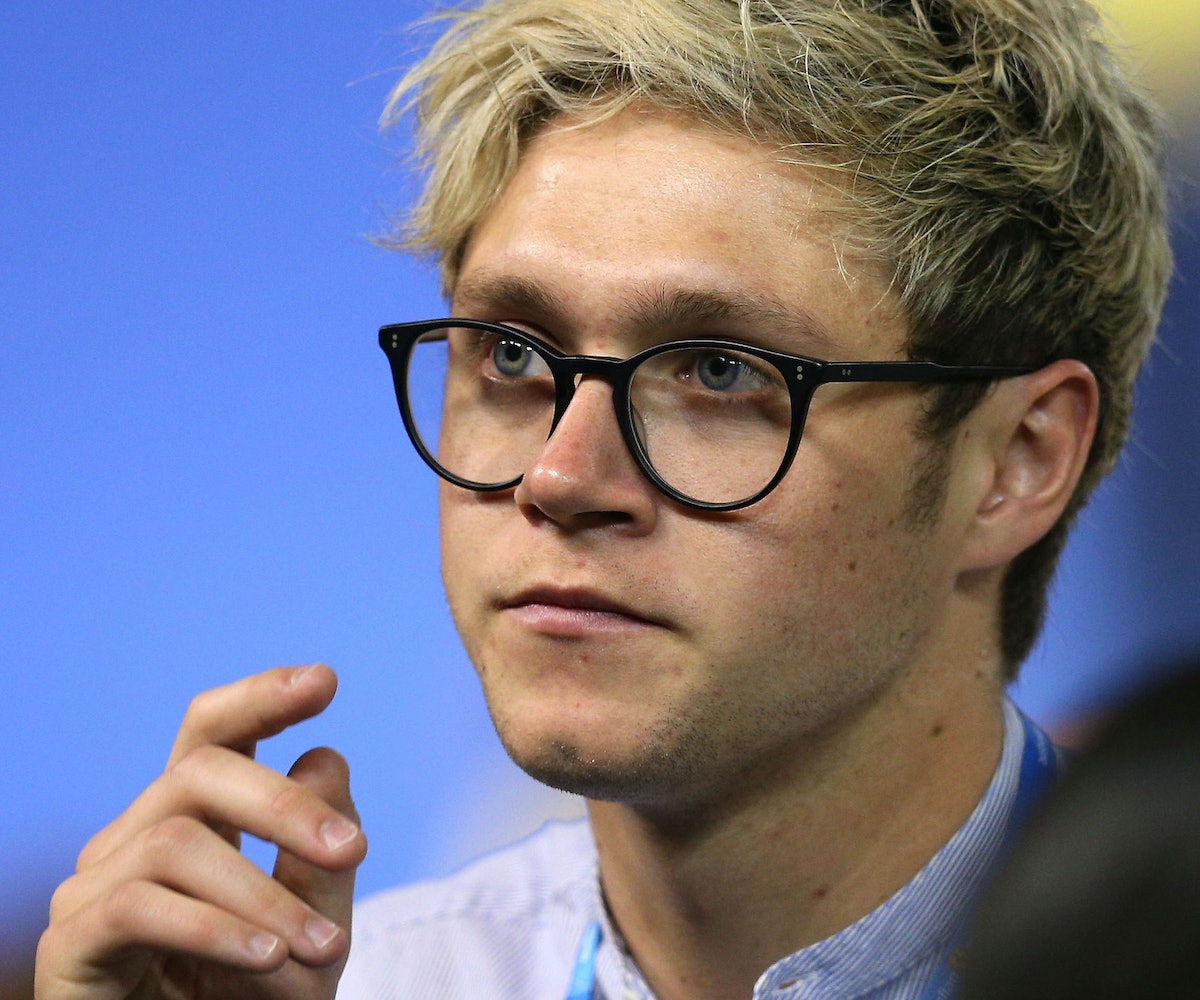 The song "Steal My Girl" might be about guys trying to steal the ladies linked to members of One Direction, but lately things have been proving to be the other way around. This past weekend, Niall Horan was spotted hanging out with Jessica Serfaty—seems harmless, right? Well, aside from being a model that competed on America's Next Top Model in 2010, the 24-year-old is also known for briefly dating Joe Jonas. So, so, so scandalous.

Apparently, Serfaty and Horan met at a UFC fight in Las Vegas this weekend. After tons of flirting ensued on both ends, the two proceeded to spend more time with each other at an LA Galaxy soccer match the next day. These two sure love their sporting events. An inside source claims that "Niall and Jessica have loads in common, and enjoy spending time together," which is as insightful a breakdown of how mutual attraction typically works.

Given that Horan is considered the most "drama free" member of the band—whatever that means—this is mildly amusing. This also wouldn't be the first time that someone from 1D has made a move on one of Jonas' former flames, though. Zayn Malik is currently dating Gigi Hadid, after all.