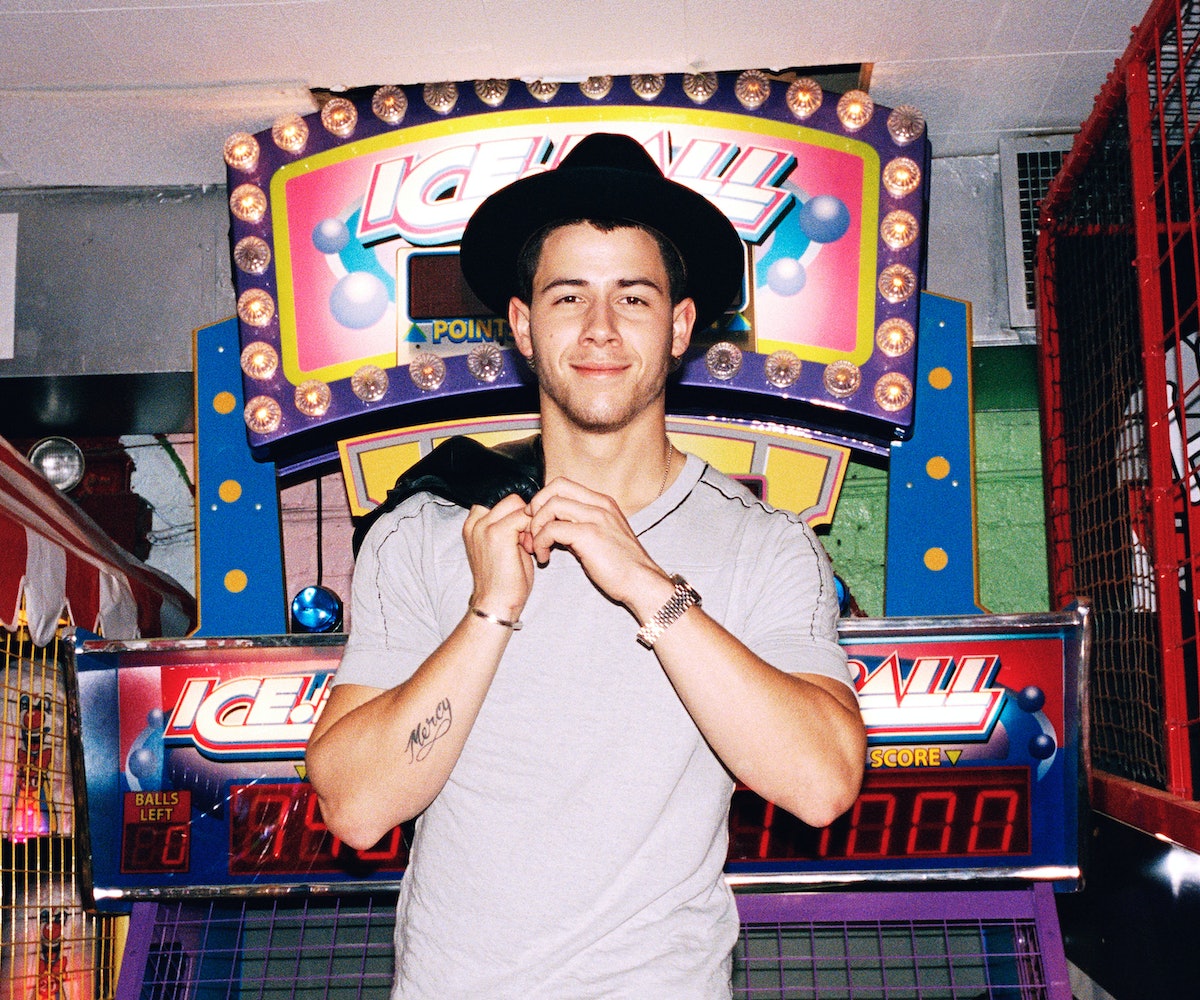 Nick Jonas, the man behind what may just be the most underrated song of the year, "Area Code," was once a Disney child. Of course, this is probably widespread knowledge—the Jonas Brothers were one of the, if not the, most successful boy bands of the '00s—and a fact that will most likely follow Jonas through the duration of his career. So, in his cover story with L'Uomo Vogue, the actor and musician spoke about his experience growing up in front of millions in the "Disney Club."

"What I miss most about the time of Disney Club is the group, the friends," he says. "We grew up together, we virtually lived together. It was obvious we’d feel connected forever. However, it was complicated growing up in the public eye, it certainly influenced the kind of person I am today and the way I relate to the world. But if doing what I do entails intrusions into my private life then I willingly make that sacrifice."

He also touched on how dissolving The Jonas Brothers, the band he created alongside his two, well, brothers, has affected his family: "Nowadays my relationship with my brothers Joe and Kevin is stronger than ever. If we had continued with the band we probably wouldn’t be so close. I’m so proud of what we achieved, but now I’m concentrating on the things I’m doing for myself. And I’m grateful for their support."

But perhaps most interesting part of the interview is when he speaks about becoming a "new gay icon," seeing as Jonas, who plays a gay character on Kingdom and a sort-of gay character on Scream Queens and frequently performs at LGBT events and bars, has received an immense amount of online criticism for "pandering" to the gay community. "It’s an honor, but I don’t think of myself as an icon," he says. "There should be a lot more straight artists who don’t have a problem with having gay fans. I’m really proud to play gay characters and I’ll continue to do so. I think it’s among the challenges of maturing as an actor."

We're not sure who these straight artists who have "problems" with their gay fans are, but we'll be on the lookout. But they should remember one thing: In the famous words of Samantha Jones, "First come the gays, then the girls, then the industry."