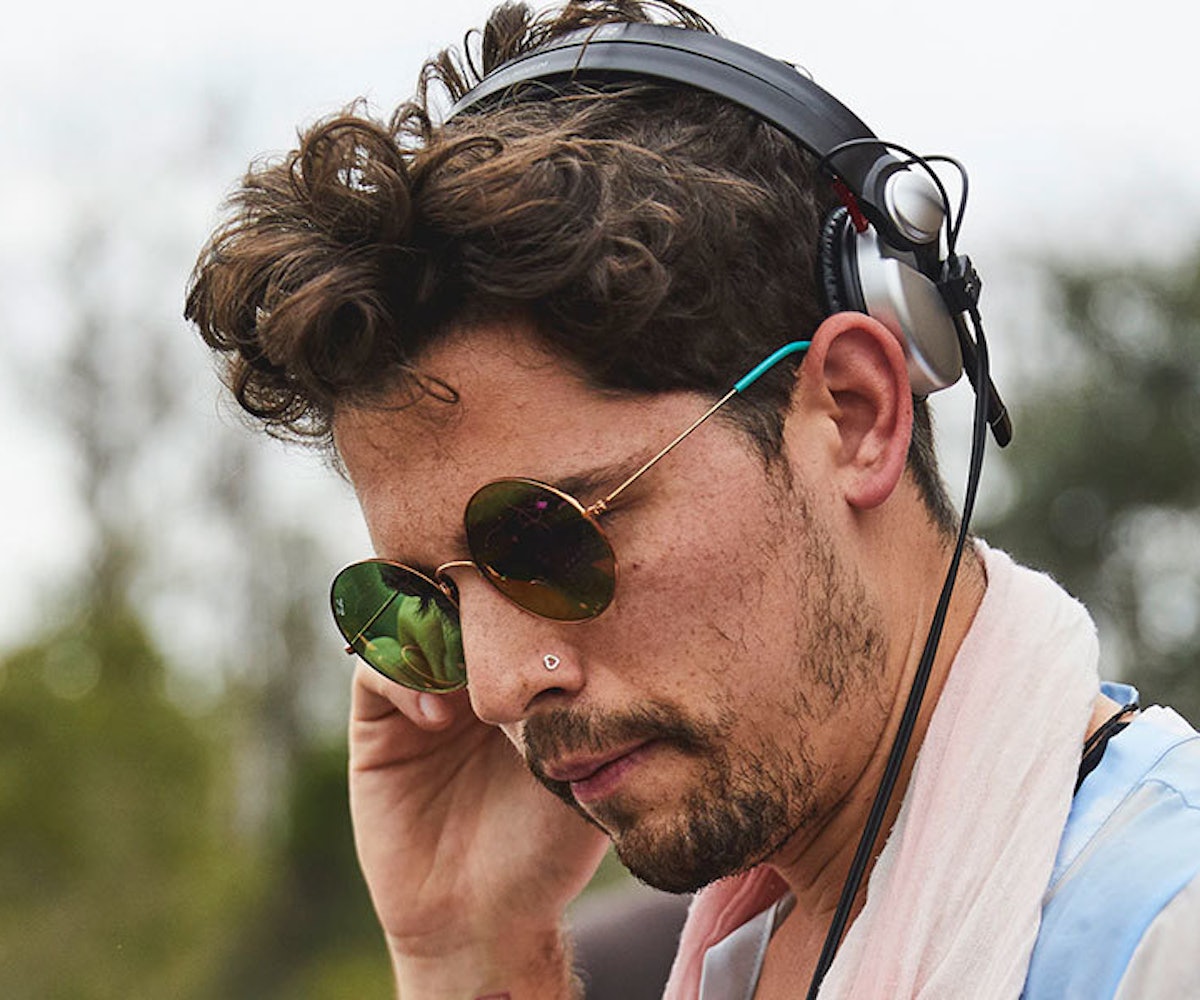 Well, it's not dead dead as much as it's just reborn. It's taken on a new form, a new vibe, and accessibility. The glory days of New York City megaclubs—like Twilo, Palladium, The Tunnel, and Limelight—are gone, and in their place are smaller venues with tighter lists and a scene more concerned with staging an Instagram post than dancing. A club like Berlin's infamous Berghain, which has a strict no photos policy, would never work in a city like New York or Los Angeles, because how else will the world know so-and-so was where they said they were if they weren't allowed to capture a few moments on digital celluloid?

Before this becomes some wistful piece ragging on social media's bastardization of nightlife, let's focus on someone who's keeping that OG club vibe alive—someone who, through his sets, honors dance music's pioneers without sounding like a nostalgia act. Hell, he does them honors through the creation of his entire persona.

We're talking about Nick Monaco, the San Francisco-based DJ and producer who, over the past couple of years, has become a force for positive change within the dance community. He's fluent in disco history, which adds a layer of timelessness to his work. Though he identifies as straight, he's intensely aware that the music dominating today's clubs and festivals is rooted within the queer communities across the globe and makes it his point to keep that history alive. "There's been a sort of historical exclusion," he says of the dance scene. "This modern-day club state is more masculine than it was then. I like the more feminine touch."

Indeed, an obscene percentage of festival and DJ set audiences rock gym shorts and muscle tank tops. Flamboyance has been traded in for uniformity. So Monaco wears lipstick on stage; he rocks jumpsuits, he plays with fashion—just like his icons did. Whether he's playing his own show or on a lineup of massive artists, like Dirtybird Campout, he actively avoids creating a monochromatic experience for his audience because nightlife and dance music is rooted in color. Turns out, this approach works. "People open up in a different way when I perform," he observes. "Wearing lipstick confidently rather than ironically inspires something different in people. Now I'm passing out lipstick at shows and seeing a dozen dudes smiling—wearing lipstick, too."

Through his performances, Monaco gets people out of their phone bubble and into the mix. He takes people on a journey that uplifts and encourages peer-to-peer dance floor camaraderie, a journey that takes people away from the distractions outside of a venue. That journey includes creating a vibe that encourages bold self-expression and creativity, the kind that waves its freak flag with pride. "Back in the day, we didn't have a forum to post pictures of ourselves in our outfits or whatever," he says. "If we were feeling sexy that day or extra glam, club spaces became the exhibition of the performative self where you could be as extra as you wanted. It was your moment."

Now, instead of dressing up for yourself, people dress up for the 'Gram. It's sanitary. The private, sanctuary-esque spaces, like clubs, are made public by Instagram. "The lines between public and private are completely blurred," he says, "so there's this feeling of paranoia when you're at a venue that your picture is being taken and posted somewhere you don't know; you can never really let go, you know?" Yes, but I also know (and believe) that it's possible to really let go and let the DJ guide you like "the good old days." With Nick Monaco on the decks, it definitely is. As he says, "I guess we're just figuring this out together."