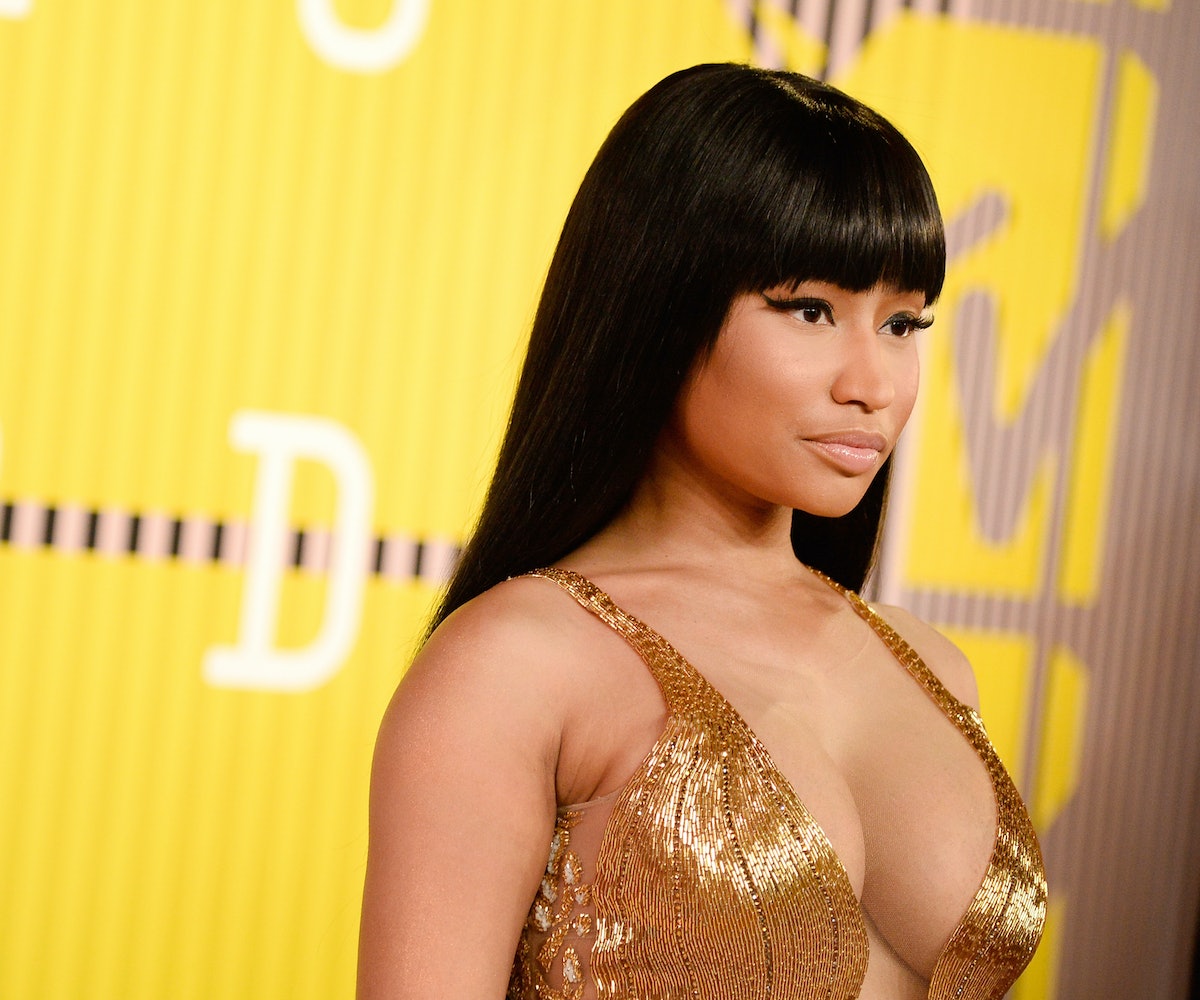 When gossip site Bossip asked why there aren't more mainstream female rap artists, it posed a question that—with a solid understanding of both sexism in the music industry and the systematic barriers for women's success in a genre that commonly objectivizes them—seems pretty simple. The site posted plenty of responses to the question, adding commentary to whether it agreed or not. But when it retweeted one response saying,"Yep, men are visual creatures they don't care if you can sing...That's why nicki had to buy an ass to blow up! #Fact," Nicki Minaj stepped in to set the record straight.

She tweeted a series of responses on Friday.

The conversation might not have been started as an attack on Minaj's success, but she brought up an important and pervasive issue in the industry. While Bossip later said that retweets were not necessarily endorsements, spreading statements about female artists and their "asses" is still a way to let those sexist sentiments become widely accepted. It makes sense that Minaj would argue against anyone who attributes her success to aspects aside from her talent, much less reduces her to her body.

Bossip's inquiry into why there aren't more female rap artists is an important question, but when Bossip responded to Minaj's tweets, it chose to reduce her to a stereotype of the "angry black woman." It tweeted one of Minaj's lyrics from her verse in "Monster," saying, "Wow, our lil' question had Nicki hotter than a Middle Eastern climate, violent." In doing so, it ignored the valid points that Minaj made that actually point towards why there aren't more women in rap. (Editor's note: As an aside, despite having himself, Jay, and Rick Ross—who were, at the time, all more established than Nicki who had just released her debut—Kanye was smart enough to let Nicki close out that song because her verse on that is hotter than a Middle Eastern climate. She smokes 'em all on that track.)

If we want to have a conversation about how any industry treats women, we have to actually listen to what those women have to say—not laugh or ridicule them when they voice their anger that they aren't taken seriously.