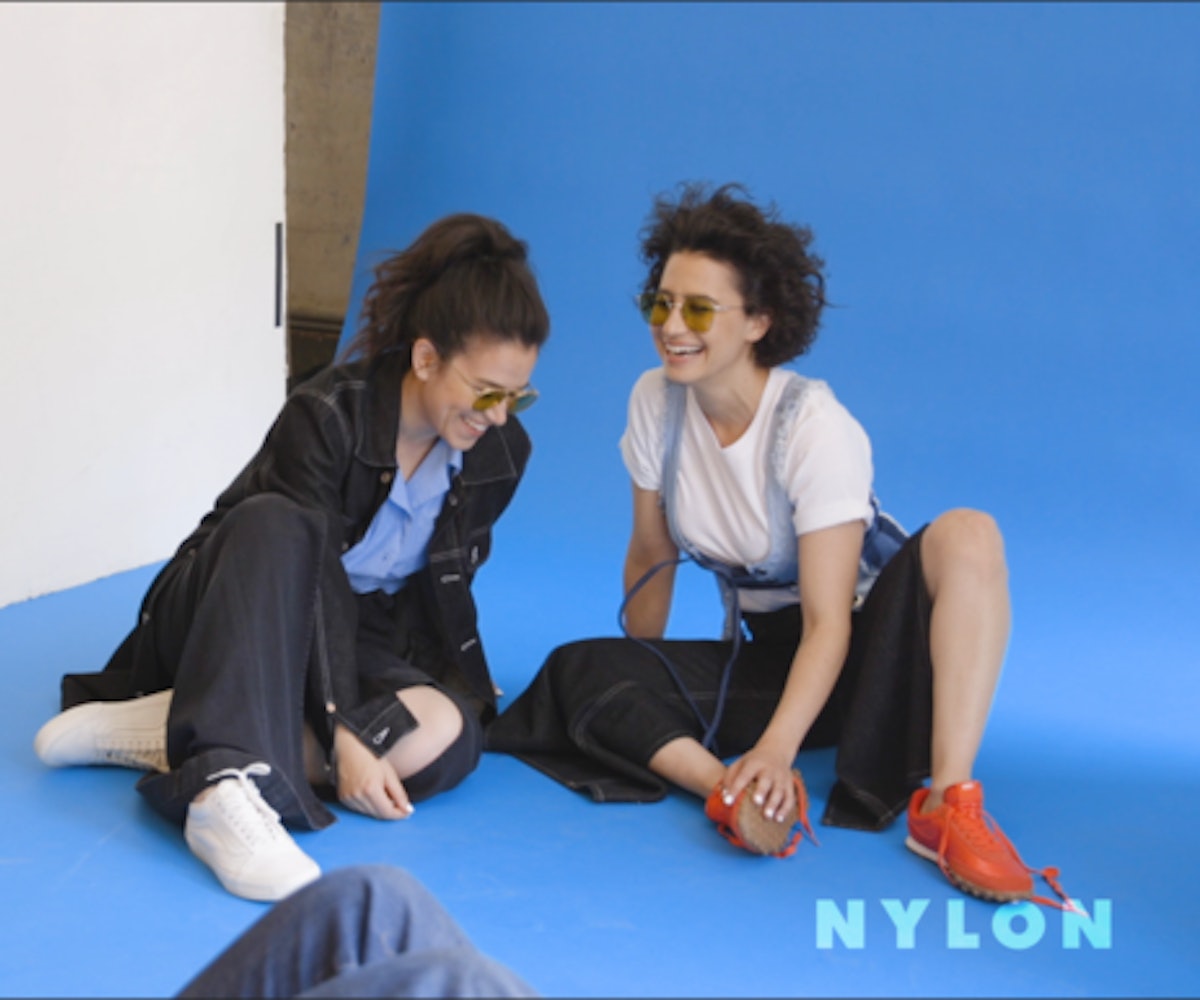 It's no secret anymore that Broad City's Abbi Jacobson and Ilana Glazer were the latest stars to grace the cover of our August Denim Issue, but we bet you don't know about the inspiration behind the whimsical shoot.

In the following video NYLON editor-in-chief, Melissa Giannini, and stylists, Stephanie Singer and Kat Typaldos, reveal the iconic '90s ad that inspired the shoot—and why they wound up having two covers instead of just one.

"Charlotte Rutherford did an amazing job—all of her images were so good we couldn't even decide which one to put on the cover. So we did two," says Giannini. "The newsstand one, in particular, was kind of an homage to those iconic Versace jeans ads from the '90s."

Get more inside scoop on the shoot in the video above.

Produced and Shot by Daniel Huskey

Music: So 90s 1 by Jan Chmelar via Epidemic Sound

NEXT UP
Beauty
10 Sagittarius-Inspired Nail Art Ideas For the Headstrong Season
Beauty
Taylor Swift Had 2000s-Inspired Side Bangs At The 2022 AMAs
Culture
Not One, But Two BTS Documentaries Are Coming
Fashion
Reformation & Canada Goose Team Up To Warm You Up