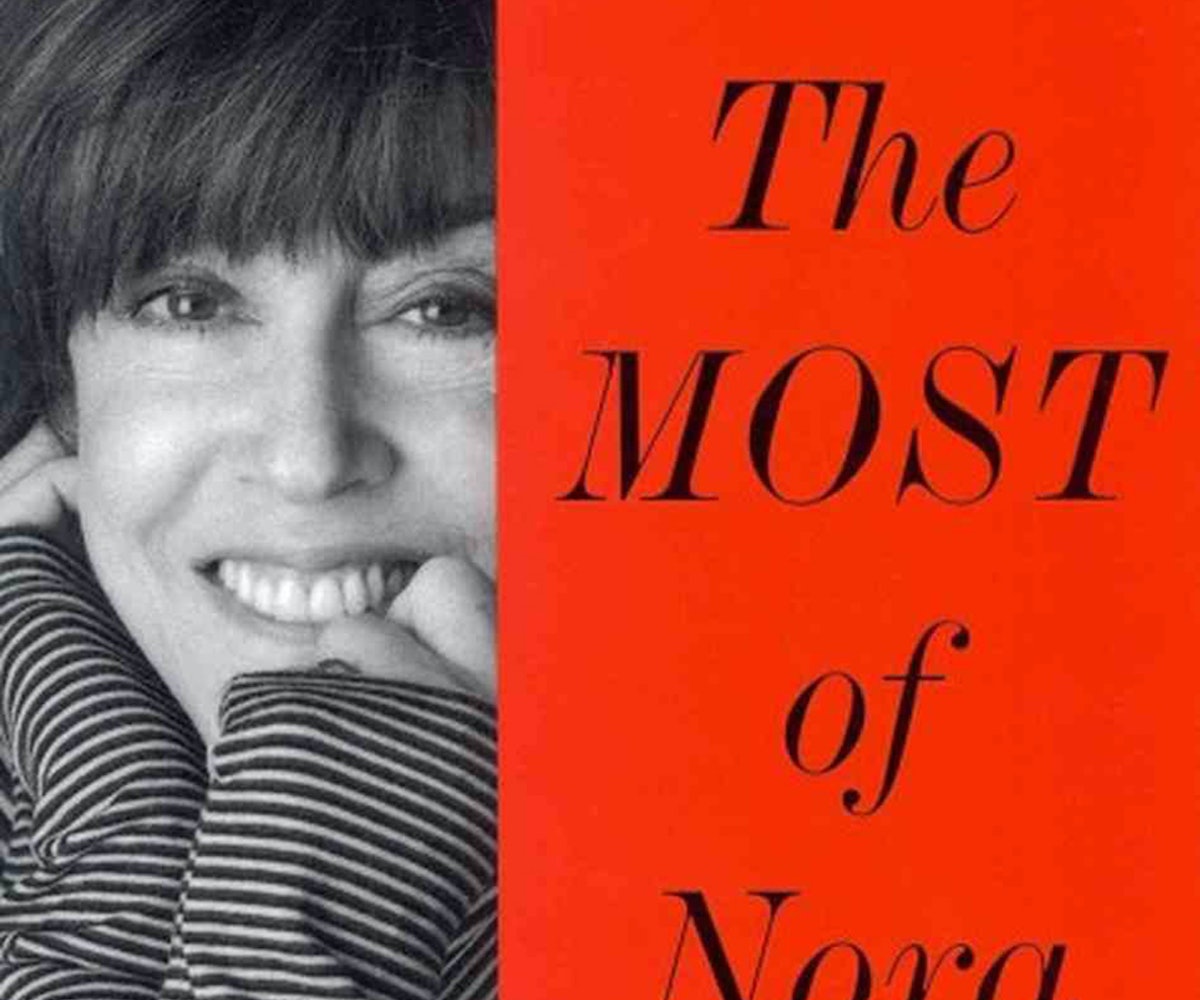 It's the end of December, which means that all of our NYLON Book Club members are nearly finished reading The Most of Nora Ephron, our very first pick. You submitted questions for her longtime editor and friend, Robert Gottlieb, and we hopped on the phone with him to find out the answers. Here, Gottlieb talks about Ephron's singular writing style, how she felt about being an idol, and why her best-selling novel Heartburn is dedicated to him.

As someone who read most of the work in its very early stages, what was it like to re-read it as a whole?

It was thrilling. I worked with Nora for, gosh, maybe 35 years? I did all of her books except the first collection, Wallflower at the Orgy, and from then on we were not only professionally linked, but very close friends. So I've been aware of her work constantly and consistently through all of those years. When we decided to do this volume, Nora was still alive and we started talking about it. And then she was ill, but she was also involved with the making of her final movie, so it got put aside for that period with the intention of proceeding later on, and, of course, that was too late for her. So everyone decided--her family, etc.--that we should go ahead with the book and I should put it together since I edited all of her previous books and I knew what she wanted. It was unbelievable to read it all at once, which I of course did many times in this process. It was completely wonderful. These pieces do not stale; they’re just so full of life, brio, fun, and smarts. There's also a kind of wonderful modesty, in that her writing never gets pretentious or assertive in an unpleasant way. She's just there, being herself--you want to know what Nora was like? Here it is.

Because the work included is so varied, many readers wondered how you tackled the challenge of ordering and arranging it.

Once I came up with a concept, which was that each section, as it were, should be devoted to one of her strong points, it wasn't that difficult. Obviously, there's one novel so that section was simple. There was one play, and this is its first publication. With other things, like her blogs, there was a considerable amount more than [what is in the book]. She had some favorites, and I read through all of them and chose the ones that seemed to me the most amusing, most to the point, and most representing where her mind was in her final years. My job was essentially to try to leave things out, which was not easy, but also to find a structure that would suggest not just what a wonderful writer she was, but to emphasize the various things she was so good at and the way she evolved as a writer.

Ephron had specific stylistic things she did in her writing, like her parentheticals and asides. Were there any particular quirks or habits of hers that you personally enjoyed or feel like worked very well for her?

It’s the tone; when a writer has a tone of his or her own, that is, finally, I think, what gets to readers. They become familiar with the writer through the tone and they feel a relationship to the work. It's the opposite of academic style. You would know Nora was Nora without seeing her name at the top of the page, because it sounds like her. And that's what writers aim for or naturally possess. I think she naturally possessed it.

Her writing was very generous, as far as being willing to expose things about herself and her personal feelings. One of our readers wondered, since you were also a friend, how often an aspect of her life would come to you first through her writing?

That would go back many, many years, when we started working together. There's a consistency to her tone--she's sharp in some ways and in some ways pulls back a little. She may have been a little more thoughtful toward the end and a little more provocative at the beginning, but those blogs are very provocative, too. She politicizes herself to a large degree. Food was a consistent interest of hers and it's the only thing on which we didn't agree, because I am not a foodie [laughs]. She was always taking us off to obscure restaurants and saying, "You must try this or that," but I didn't want to try this or that. But, listen, she was great--a totally wonderful person. And everyone who was close to her is still really, not so much in grief or mourning, but not believing [that she's gone].

As Ephron became more of an icon, did it seem that it was something she was immediately comfortable with?

I don't even know if she noticed it. First of all, as I think I wrote in the introduction, her third-time lucky marriage was so wonderful. Nick is such a great guy and they were so happy and devoted to each other that I think her attention to a great extent was on their life together. She was a cook and a mother and an amazingly generous friend. And almost more importantly, she was a guide to younger writers or people who would come around and get advice. Not only advice, but lifetime support. People evolve or don't as they grow older--sometimes they evolve in positive ways and other times they become less happy versions of their earlier selves. With Nora, you could see she ripened and evolved in wonderful, generous ways. She was much more calmly assured. She was ready to give. When we're young, we take--that's our role. But she was ready to give to everybody.

Another reader asked if there was a piece she was really attached to that maybe wasn't as popular as some of the others?

If there was, I'm not aware of it. Nora was unbelievably practical. "Did it work?" was what concerned her. She wasn't concerned with her place in the literary world. "Did the script work? Did the novel come off?" She didn't have authorial vanity...or none that I ever spotted. I would say, "Nora, I hate this piece," and she would say "OK" or "No, I think you're wrong, I think it does this, that, and the other." She liked being published but she wasn't obsessive about it. It was always calm, rational, and negotiable. Some writers are not like that, but she enjoyed collaborating.

When we launched the NYLON Book Club, we asked readers to submit their favorite Ephron quote, and the one that came in most frequently was the line from her Wellesley commencement speech about being the heroine of your life, not the victim. Why do you think that speech struck such a chord with people?

At that moment, she was saying what had really never been said so directly, snappily, humorously, and pointedly to young women. Reviving that speech--I don't think it was reprinted until this book--was one of the very happy things to do for the book. And obviously, since many of your readers remembered it, it's still remarkable, showing that however far we've come, there's still a long way to go.

For those who may want to read more of Ephron's writing after they finish the book: Is there anything not included that you'd recommend they seek out?

Just about everything that we felt was worthy is in there. We met soon after I went to Knopf to run it in 1968, and maybe in the early '70s I got a call from Nora. I was aware of her and I had read her occasionally but I didn't know her. She had received an assignment from the New York Times Book Review to interview some well-known editors about their lunch habits. Within one minute [of the interview], who was more mortified: She who had to do such an assignment or me having to participate in it? That broke all barriers between us, and from that moment on we were connected. When Max, her second baby was born, and she discovered her husband’s infidelity, she and Max and Jacob moved straight into our house and they lived with us for about two months during the Christmas of that year. That's why Heartburn is dedicated to my wife and me. And that sort of closeness is a different kind of relationship when you've been through a trauma of that kind, so we never again had any time of formal relationship. But to answer your question, I have never seen that--I'm sure--fabulous piece on lunch habits in the Times Book Review. I'm sure there's a ton of stuff like that which never floated up again.