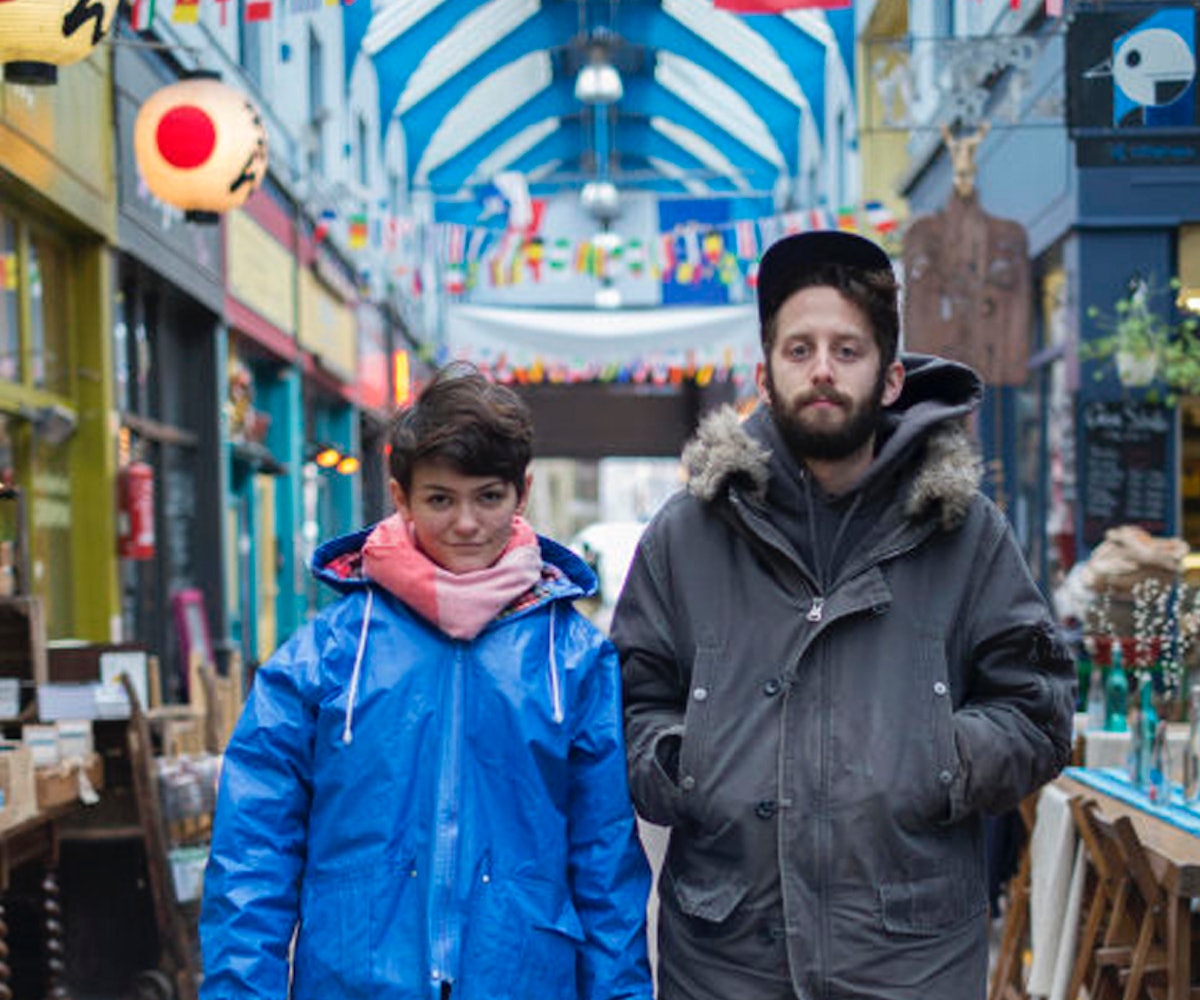 WTF (Where They From): New Paltz, New York

Started From the Bottom: “Our start was very casual,” says Luciano. “We were bored on a Sunday in August 2014 and decided to try playing music together. I had never been in a band before, and the idea of playing electric guitar was so crazy. We had a ton of fun and realized that, hey, maybe we could do this!”

Earned It: The duo has an effortlessness that’s hard not to appreciate. With lyrics like “Come on, take my hand / Fuck all your romance / I just wanna dance” on “Scene Sick” and “If I told you I loved you, I don’t know who / It would scare away faster” on “Sleep Talk,” Luciano can speak volumes in just a few words, accompanied by Bowman’s infectious beats.

U Remind Me: If someone sang the brutally honest thoughts that you have after one too many Blue Moons on a Saturday night, it’d basically sound like a Diet Cig track.

Personal Jesus: Luciano’s 12-year-old sister Kailee is her biggest inspiration. “It’s tough being a tweenage girl and she is the coolest, most confident person I know,” she says.

Cheerleader: “Um, Will Arnett tweeted about digging our tunes once,” offers Luciano.

Walk on the Wild Side: “Going to SXSW and inhaling tacos while running down the street with all of our gear and a stolen garden gnome” has been the band’s wildest experience thus far, says Luciano.

Thriller: Bowman is terrified of snakes and Luciano recently discovered a new fear after her shoelaces got stuck in her tuning pegs while performing. (“A high kick gone very wrong,” she explains.)

Sweet Dreams (Are Made of This): The band has three goals: Release a full-length record, tour in Australia, and go to Disneyland.

NEXT UP
Entertainment
Maneskin's "Supermodel" & 9 Other New Songs Out This Week
Entertainment
Go Backstage With Twice At Their 2022 Los Angeles Stadium Debut
Entertainment
Panic! At The Disco Appear To Be Planning A Comeback
Entertainment
The 5 Must-Listen Tracks From Kendrick Lamar's 'Mr. Morale & The Big Steppers'