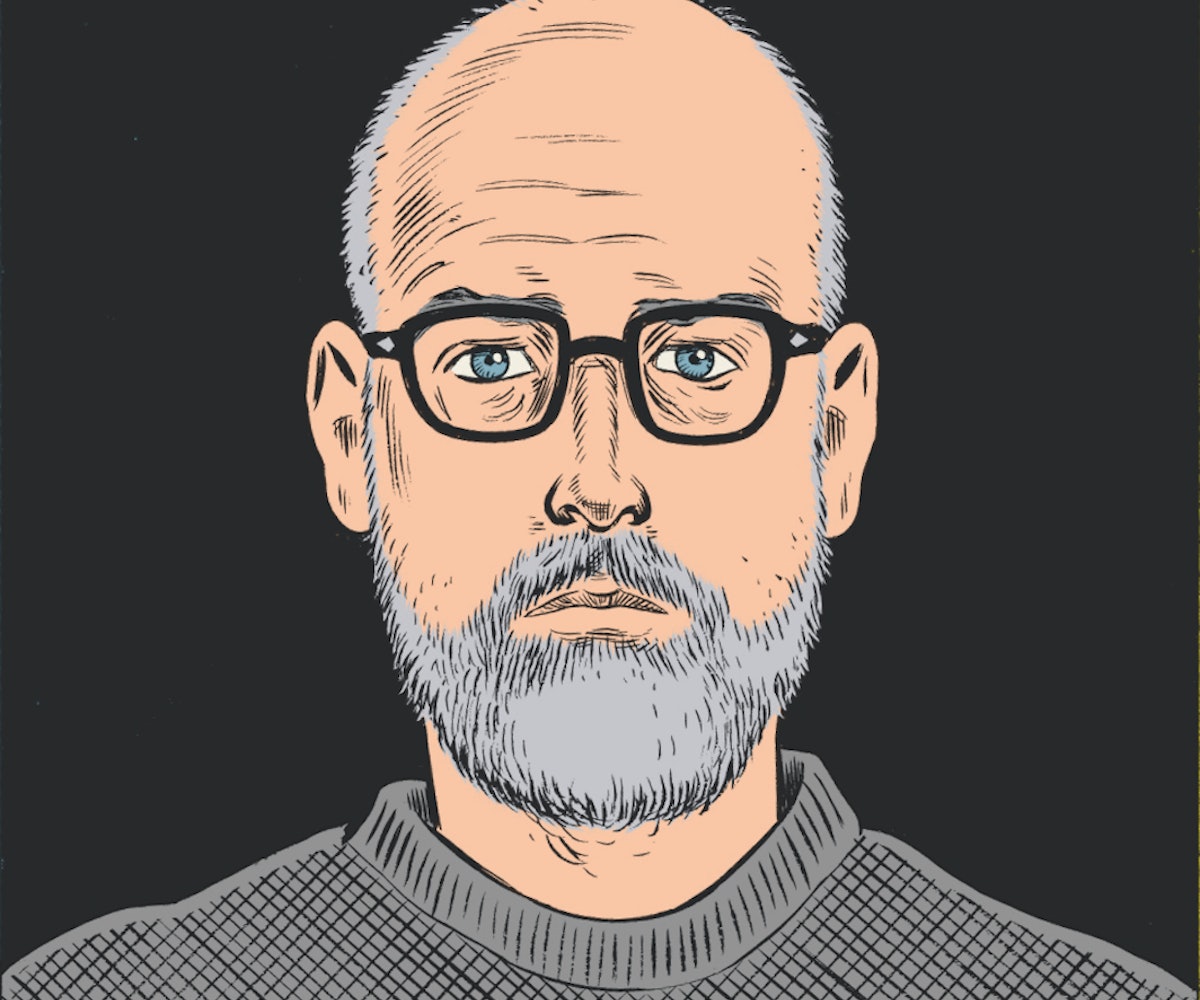 In the movie Wilson, audiences will be introduced to the title character, an unforgettable curmudgeon who lives in Oakland, California, with his dog, Pepper, who’s as sweet as he is bitter. When Wilson—the kind of guy who says what we all think, but think better of expressing out loud—discovers he has a teenage daughter, his first reaction is to stalk her. That’s just who he is. Wilson was first introduced in 2010 as a static, 2-D character in a series of comics from cartoonist Daniel Clowes, and is brought to irascible life by Woody Harrelson in the Craig Johnson-directed movie.

Wilson marks the third time Clowes has adapted his own work, after penning the scripts to both Ghost World (2001) and Art School Confidential (2006). Though much of it comes verbatim from the comic, it’s more cloyingly cringeworthy on screen, thanks in large part to Harrelson’s convincing performance. Clowes joins us to discuss Wilson, success, loserdom, and, of course, Donald Trump.

Are you a Wilson-style interrupter, or do people tend to talk to you in public?

As my wife pointed out after she first read Wilson, every character that Wilson talks to is me. Normally the main character in my books serves as my stand-in, but in this case I am like Wilson’s perfect victim.

Your characters come from a variety of social classes and personal histories,  and yet they’re all very believable.  how Do you get to know such people?

A lot of your characters, including Wilson, are “losers” by American Dream standards. How do you relate to ambition,money,  and success? I guess everybody’s personalities are sort of formed at a young age. Anything good that happens to me I just see as a harbinger of doom. And anything bad that happens just feels like, “Of course, that’s what we expected.” You can see this in Donald Trump. He’s clearly the same idiot he was when he was a teenager. Nothing changes anybody.

But we get the impression that Wilson changes, no?

There are nuances. I’ve certainly changed. But it’s more of your superego, your external way of processing information and getting a broader view—that kind of thing changes, intellectually. I think deep down, the way that you feel about yourself doesn’t change.

Cartooning is such a control-freak medium. what’s it like to let go, since film is so collaborative?

That’s what I like about it. I was sort of frustrated working on Ghost World. I was very connected to the making of it—I made all these little decisions, collaborating closely with [director] Terry Zwigoff—but it still didn’t come out anything like I imagined it. It was so close to being something I could control, and then not at all. I’m more comfortable with how this movie went.

Are you controlling in other aspects of your life?

Ha. I feel totally out of control in every aspect of

the world, especially after the election. I’m completely anxious.

Did you get to interact with Woody Harrelson much?I went to the set just for fun, and I got to hang out with him there. He was so exactly that guy that you’ve seen in movies and interviews. My favorite fact about Woody is that no matter what movie you’re watching him in, if you’re ever seeing him from the ankles up, he’s not wearing shoes.

What do you think Wilson would have to say about this movie?

Hard to say. I always figured Enid [from Ghost World] would’ve hated Ghost World. Wilson is a little more Zen or unpredictable or something. He’d probably have some really boring crusade that he’s on, like, “Why didn’t you pay more attention to this?” I think he’d be very happy to be married to Laura Dern.