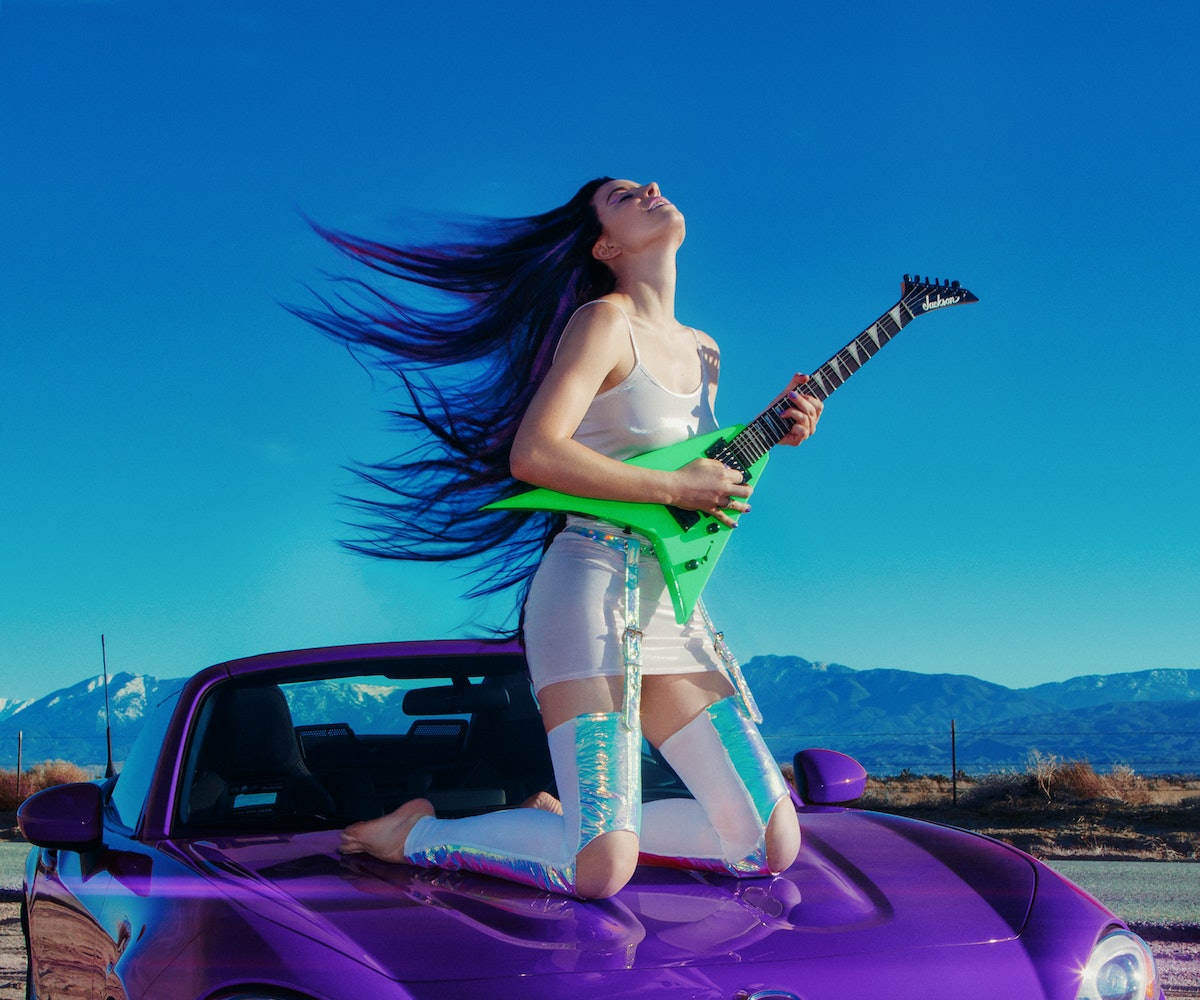 This alt-pop goddess may have gotten her big break performing her single “Clay” while singing backup for her bestie Grimes on tour, but with a number of projects already under her belt, it’s clear that her star power was there all along.

Grimes: What painter’s work most embodies your music?

Hana: [Claude] Monet. I still remember the first time I saw one of his pieces in person and it really changed my view of the world. Seeing his house and garden in Giverny [France] was one of the most magical experiences of my life. When I’m writing or producing a song, I usually close my eyes and try to envision the world it transports me to, and it usually looks a lot like a Monet painting, maybe with a touch of [Alphonse] Mucha—I’ve had a print of the program he painted for the ballet Princess Hyacinth in my room since I was born. I love it so much.

How much do animals factor into your writing process?

Quite a lot, actually! My dog Eevee is always, at the most, 10 feet away from me when I’m working on music. Sometimes I have to re-record something because she’ll decide to scratch her ear while I’m in the middle of singing. But it’s worth it because she makes me insanely happy. I’ve always had a hard time writing happy songs—I don’t know why—but having her around seems to make my songs a little bit less dark. I’m also a healthier person because of her. Before I got her, I would sit and work for 10 hours straight sometimes and not even realize it, usually focusing too much on one tiny thing. With her, I have to get up and take her outside every couple of hours, which forces me to step back from the art and have more perspective, which means I make progress much faster.

What language do you wish you were fluent in?

Spanish, because I live in Los Angeles, and for years I’ve desperately wanted to have a long and in-depth conversation with the adorable abuelita at the taco stand that I frequent.

If you had a budget of $300 million to direct the movie of any story that exists, what would you choose?

There is a huge opportunity to make a live-action [Legend of] Zelda film. People would be so skeptical, but if it was filmed as beautifully as Game of Thrones but with brighter colors, a really young and diverse cast, and had great music—wow, I want to see this film now! Guess I need to get on this.

How many hours have you logged on your Night Elf Hunter and Druid combined?

351 hours. Yikes. I probably regret half of those hours. I really do get a lot out of World of Warcraft, though. Sometimes I put on Björk’s Vespertine, get onto my White Tiger, and just space out and ride through a purple forest. Sometimes if I have writer’s block it will get my imagination running and jump-start my creativity. Other times when I’m just grinding, looking for eggs to be able to ride around on a dragon, it seems a bit less productive. Although I do love my Thundering Ruby Cloud Serpent, so I can’t say it was a total waste of time.

If you were president, what executive orders would you put into place?

I’d probably be hated, but I’d majorly cut subsidies for meat production. There are too many government policies that favor the meat industry. If we remove the artificial support given to the livestock industry, rising prices will deter more people from meat products, which the planet desperately needs. Along those same lines, I’d attempt to completely remove lobbyists from Washington, as I think that is where most of our problems in government come from.

You’re pretty ripped and extremely tall. Do you think you could beat Paul Ryan in a fight? If so, what techniques would you use?

Well, I am pretty strong, but I’ve never been in a physical fight with anyone—other than with you when you force me—and he seems to be obsessed with working out, so I’m not sure. I could distract him by bringing up Planned Parenthood and how I strongly disagree with his intentions to strip its federal funding, and while he answers with whatever bullshit he comes up with, I’d grab one of his arms, hold it behind him, tackle him, and pin him down.