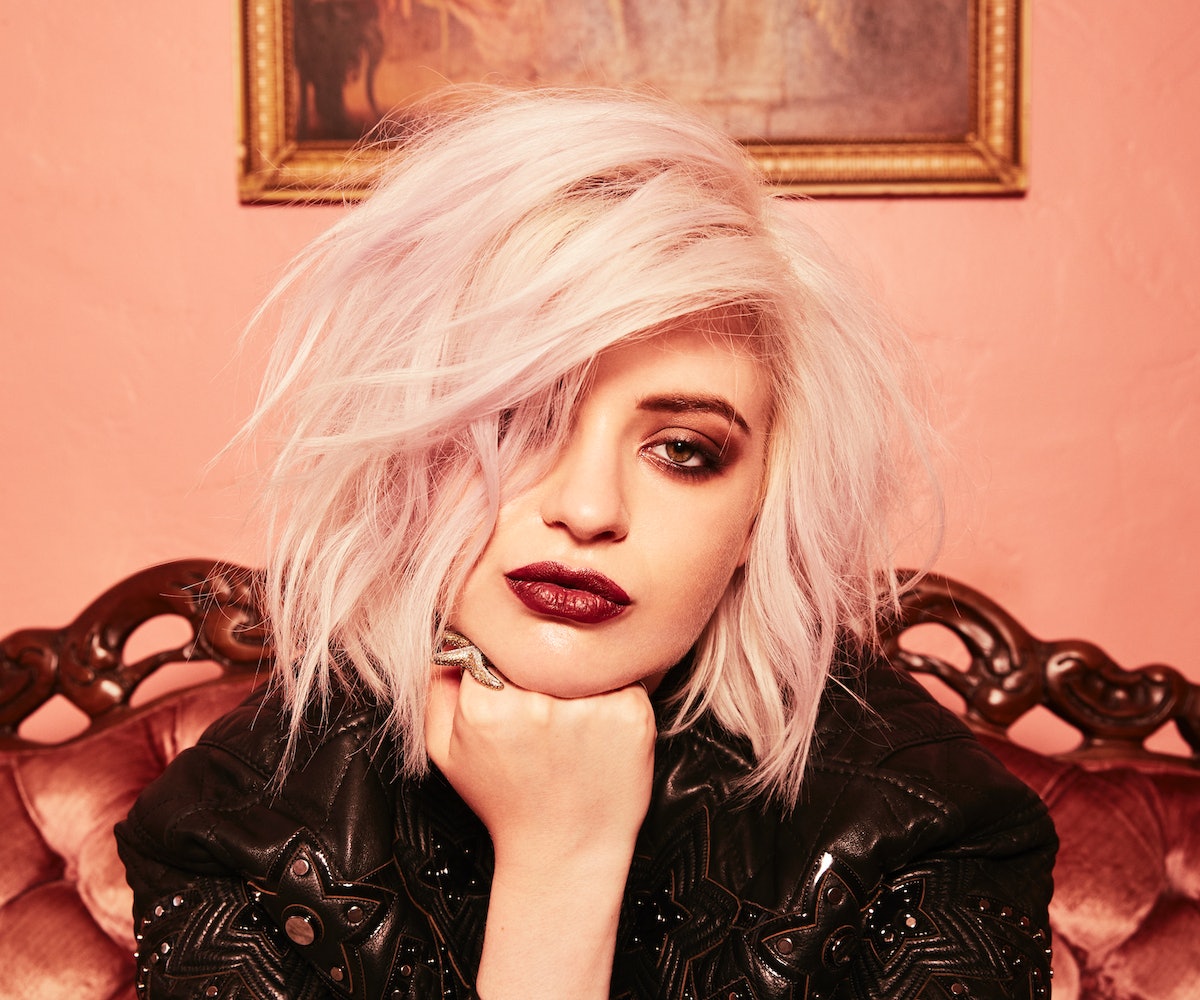 WTF (Where They From): Glasgow, Scotland

Started From the Bottom: “I wanted to be Taylor Swift, so I made my mum buy me a guitar, and taught myself how to play over one summer,” says KLOE.

Earned It: Few artists can master the happy medium between refreshingly new and comfortably familiar, but KLOE does so with the expertise of someone who has navigated the industry for years, despite only having been signed last year, when she was just 18 years old.

U Remind Me: She sounds like Banks, as a teen rebel you’d find smoking under the bleachers one minute and sitting in the back of the room during a Shakespeare Club meeting the next.

I Know There’s Gonna Be (Good Times): KLOE’s favorite performance of her career thus far took place at Club NME at KOKO in London back in January. “I feel like it was the first gig where I properly came into my own,” she says. “I was really proud of that performance, and I’ll never forget the audience singing my lyrics back to me.”

Hide Away: When she’s not working on music, you can find the singer in her bedroom back in Scotland, “listening to music in the dark with the world drowned out,” she says.

Heartbeat Song: She’s got two songs that she can’t help but sing along to—Lisbon’s “Native” and Erik Hassle’s “No Words.”

Sweet Dreams (Are Made of This): KLOE’s main focus right now is to “make a fucking badass album and tour the world with it.”