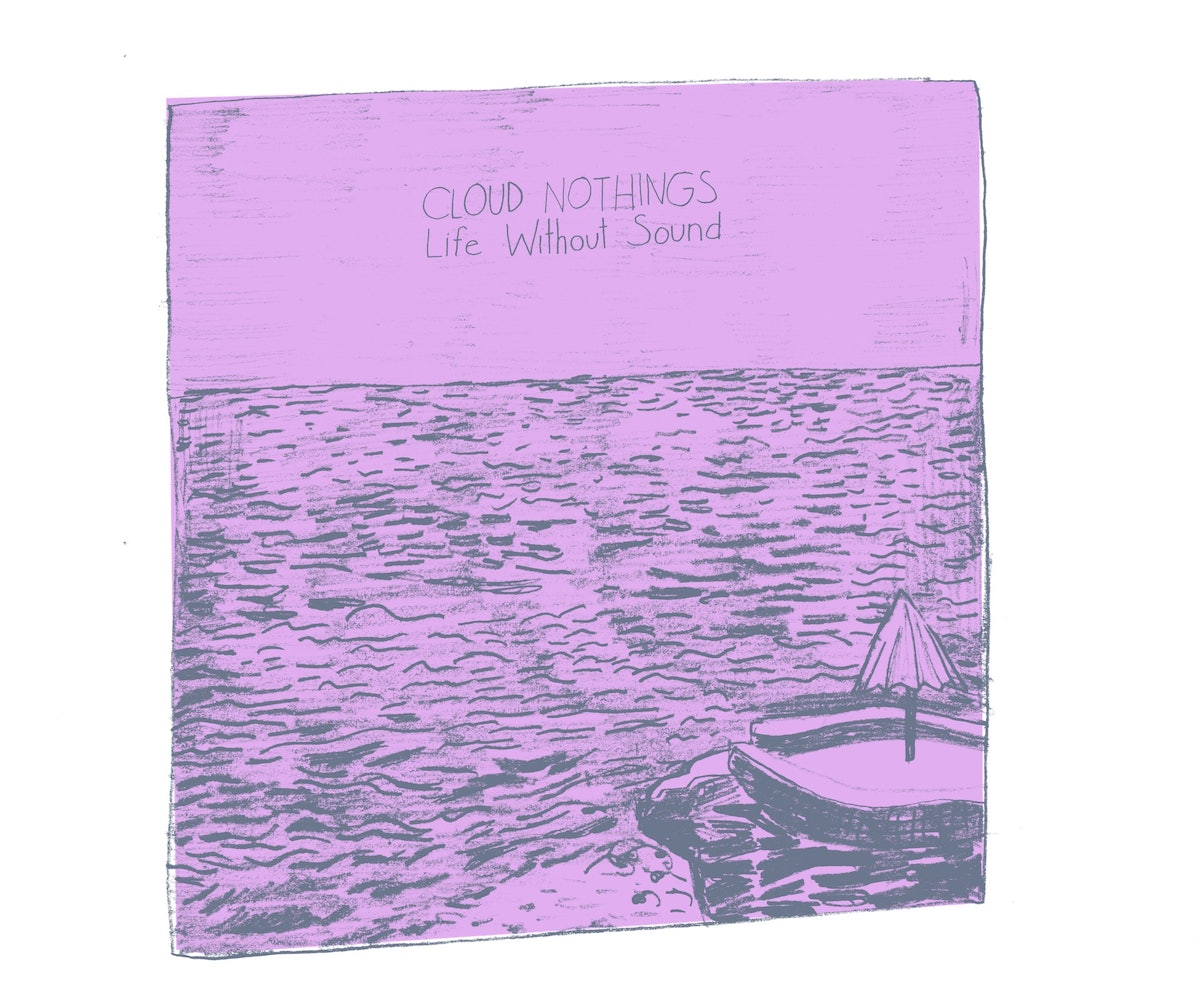 If punk is what you’re after, Cloud Nothings’ latest, Life Without Sound, has you covered. It may not be as frenetic a journey as the Cleveland, Ohio foursome’s last record, 2014’s soaring and severe Here and Nowhere Else, but, hey, at least your vocal chords can rest easy with all the screaming you won’t be doing.

This time around, it’s Dylan Baldi’s singing that takes center stage (which isn’t to say he doesn’t scream on the record—he does, plenty, but now with the refinement of someone who believes that the abyss will eventually shout back).

The band’s sound is also brighter, meaning that whatever “terror in the mind” that haunted them must be almost reconciled. Personal inner turmoil still reigns supreme, but this time around Cloud Nothings are searching for answers on a larger, even astral plane.

“I believe in something bigger/ But what I can’t articulate,” Baldi shrieks on the album’s closing number, “Realize My Fate,” an ode to the fear of a meaningless life. And, as the guitars and percussion swell into a cacophonous barrage of noise, he shouts, “I find it hard to realize my fate.” It’s a cathartic climax for these newly minted existentialists, but one that is now reluctantly being accepted by everyone who grew up with MySpace and Last.fm.

Teenage angst, however, never really goes away—if anything, Life Without Sound makes a case for it broadening into something less egotistical and more spiritual. “I want a life, that’s all I need lately,” Baldi sings on “Modern Act.” Don’t we all.