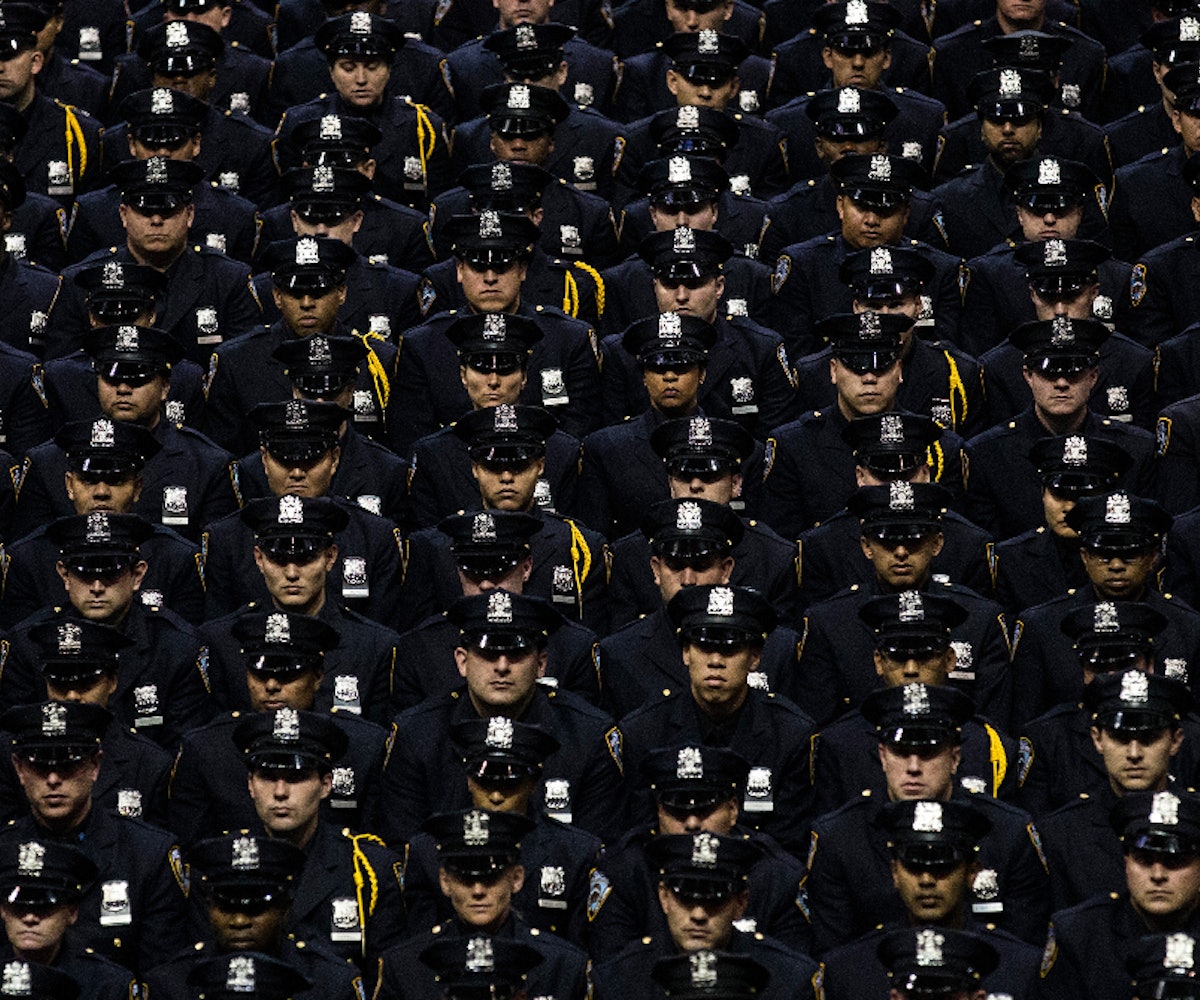 The execution-style murders of New York Police Department officers Wenjian Liu and Rafael Ramos was a traumatizing event for the entire city of New York, but especially for its boys and girls in blue. Not only was the randomness of the attack utterly terrifying, but it came at a time when, after two separate grand juries failed to indict officers in the deaths of Michael Brown and Eric Garner, protesters around the country have been demonstrating against a perceived recklessness and prejudice that for many people is becoming synonymous with law enforcement. Needless to say, it's tough time to be a cop.

But at a time when they should be mourning their fallen brothers with dignity and respect, factions of the NYPD have acted like little sucks, using the tragedy of Ramos and Liu to stage their own protests, against mayor Bill de Blasio mostly, and now it seems, against the entire city they've sworn to protect. Both the New York Post and the Daily News have made the deeply troubling report that arrests were down 66% in the week following the murders. As someone who's been thrown in jail twice for the twin "crimes" of drinking a can of beer in public and riding my bike on the sidewalk, I've always thought the police in New York were a tad too blowhard-y. But that doesn't mean I wanted them to you know, stop doing their jobs.

Summonses for low-level offenses like public drinking and urination also plunged 94 percent — from 4,831 to 300.

Drug arrests by cops assigned to the NYPD's Organized Crime Control Bureau — which are part of the overall number — dropped by 84 percent, from 382 to 63.

Granted, it's not like officers are letting murderers and rapists burn the city to the ground. The kind of infractions they're letting slide--drinking and riding your bike wherever you want--is the kind of fun stuff that make other cities great and that the NYPD has always taken too seriously. It's the motivation behind their actions--or lack thereof--that's so misguided.

We get it. They're mad at their mayor for supposedly taking the side of protesters, or for

to "be careful" if he's ever stopped. They feel the mayor of New York has abandoned its guardians, that he's somehow anti-cop. It began the night of the killings, when officers, in a stunning sign of disrespect, turned their backs to de Blasio as he and police commissioner William Bratton entered the hospital where the bodies were brought.Those officers, along with the hundreds who

to de Blasio during his speech at Officer Ramos' funeral last weekend, and the ones

as he spoke at a graduation ceremony for 884 new officers at Madison Square Garden, are helping to further divide a city when it should be coming together.