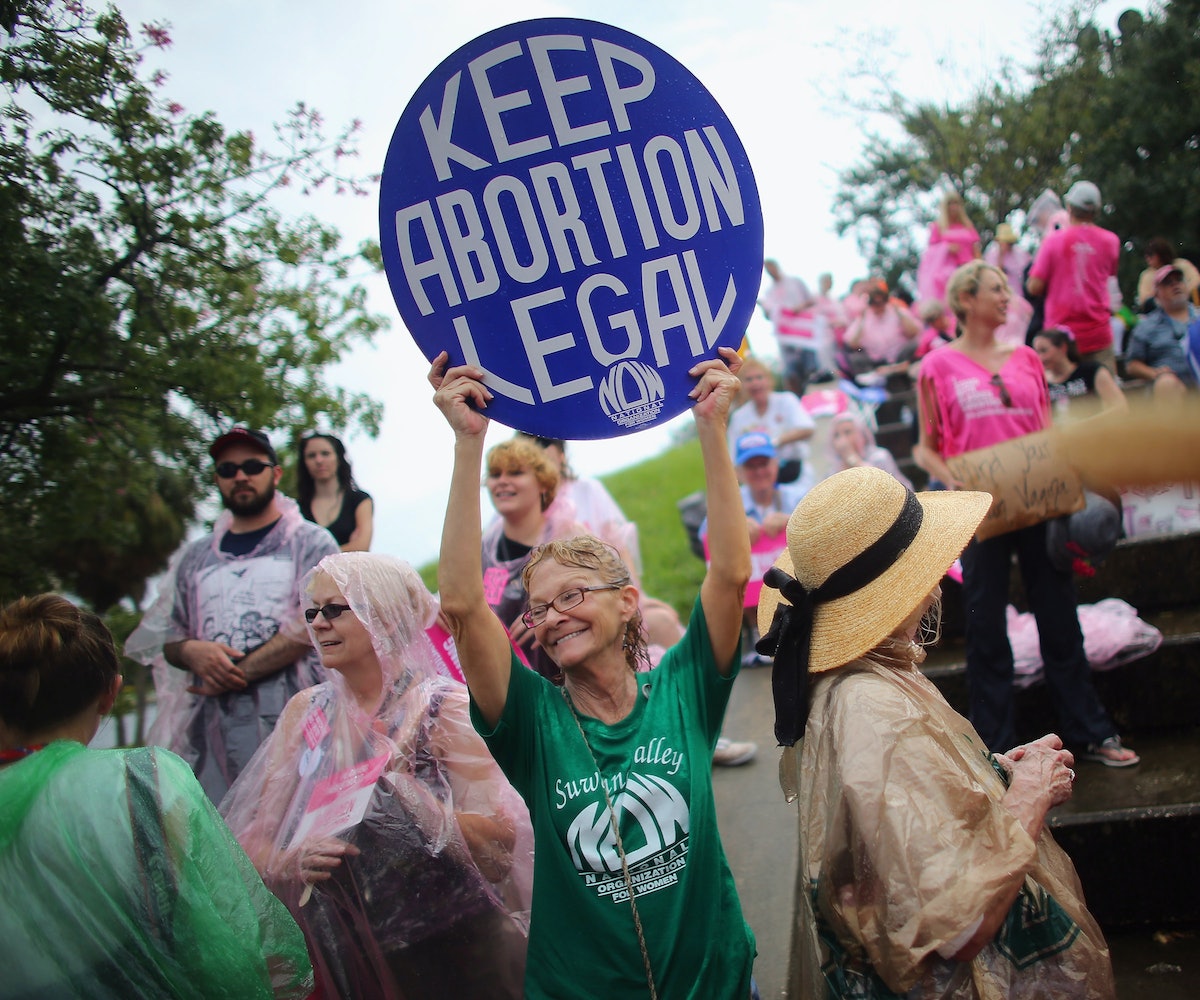 Today, Ohio Governor John Kasich vetoed the controversial Heartbeat Bill, while signing into law another abortion ban. The Heartbeat Bill was designed to prevent women from getting abortions as soon as a fetal heartbeat could be detected. This can happen as quickly as six weeks during a pregnancy; most women don't even find out they're pregnant until at least four weeks along, leaving an incredibly small window for a woman to make a choice about terminating her pregnancy. Beyond that, most serious fetal abnormalities or fatal genetic diseases are not discovered until after the six-week mark, meaning that a woman would have to carry to full-term a pregnancy that was in no way viable.

This bill has caused an uproar across the nation for reasons including the fact that one of the bill's biggest legislative proponents admitted that he had "never even thought about" why women might choose to get an abortion. There's also the fact that this law would fly in the face of federal law protecting a woman's right to choose. Other states who have tried to pass similar laws have faced federal lawsuits, and have had those laws struck down.

It is for the latter reason that Kasich vetoed the Heartbeat Bill today; the governor voiced his support for its intention, but said, "The state of Ohio will be the losing party in that lawsuit and, as the losing party, the state of Ohio will be forced to pay hundreds of thousands of taxpayer dollars to cover the legal fees of the pro-choice activists' lawyers. Furthermore, such a defeat invites additional challenges to Ohio's strong legal protections for unborn life." In other words, it would be too expensive for Ohio to pass an unconstitutional law, and anyway, if they want to restrict abortions in the future, they need to be smart about how they do it now.

And, in fact, anti-abortion activists can take heart because Kasich did sign a restrictive abortion law into being today when he banned the procedure after 20 weeks of pregnancy. Even though "only 145 of the nearly 21,000 abortions performed in Ohio last year occurred after 20 weeks," Kasich banned this procedure and the law now states that it will be "a fourth-degree felony for a physician to perform an abortion after 20 weeks of pregnancy except to save a mother's life. The felony is punishable by up to 18 months in prison. A conviction also would result in the loss of a physician's medical license."

While the Heartbeat Bill understandably received more attention because of its draconian restrictions than the 20-week ban, this type of incremental narrowing of the window in which a woman can make a choice about her own body and future is truly alarming. It is a move that the anti-abortion movement is hoping will ultimately bring about an effective end to abortion entirely by normalizing restrictive measures until the practice is all but banned. Of course, while it is unlikely that there will be a federal ban on abortion (although, with Donald Trump as president, who knows?), the fact remains that restrictive laws such as these are unjustly punitive toward low-income women, who already have reduced access to doctors and clinics. It serves as yet another reminder that what so many women view as a fundamental right—like access to healthcare—is actually a privilege only for the luckiest among us.