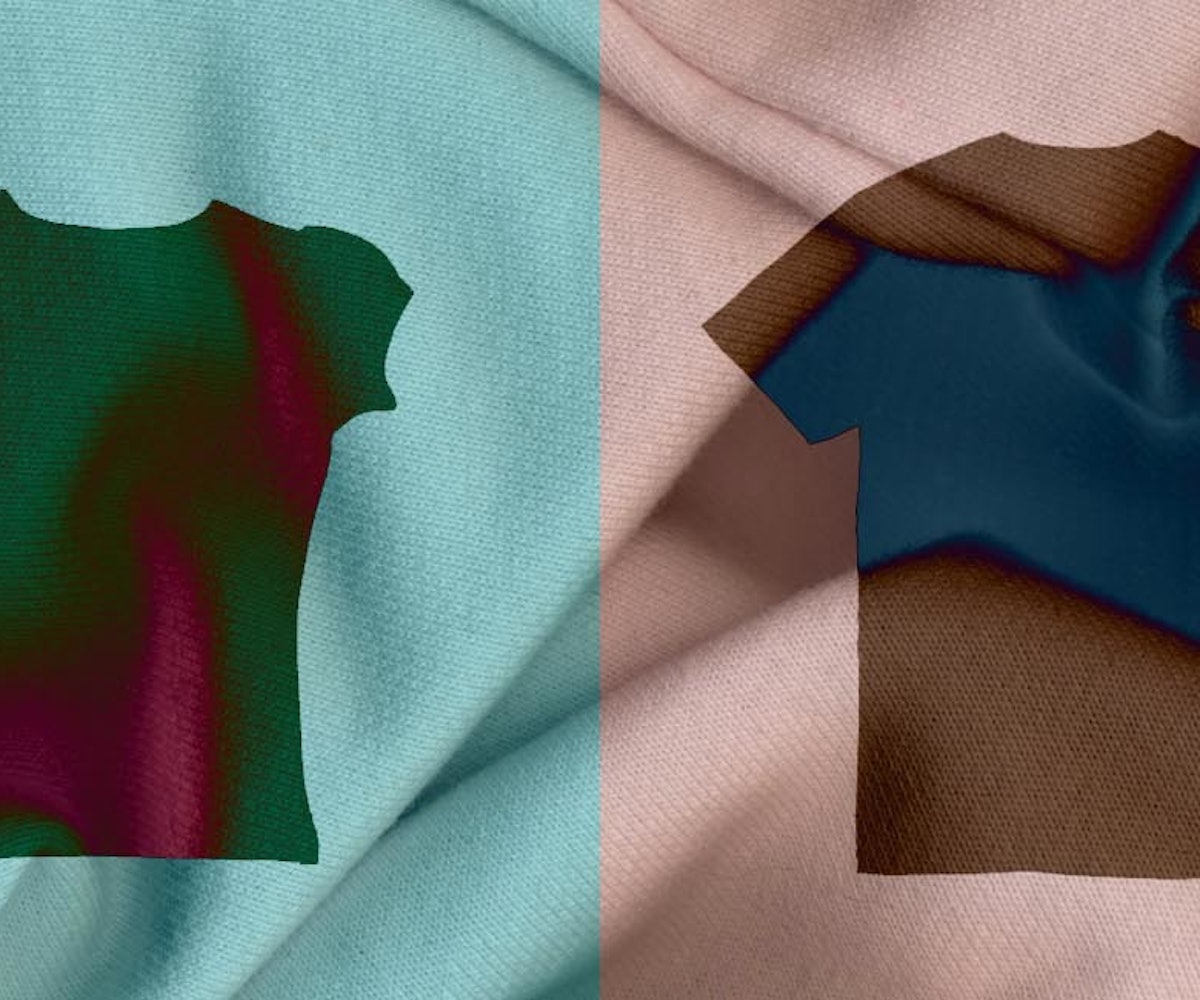 It's 2018, and we shouldn't be gendering clothes anymore, yet most clothing stores still do just that. It seems that some stores also want their shoppers to only browse half of their options, by having them choose their gender before entering their site or subscribing to their newsletters. One woman took to Twitter recently to voice her disdain for this outdated practice.

In addition to entering her name and email address to receive a brand’s newsletter, Ellen Rose Ford (@hellenorosevelt on Twitter) was forced to check one of two boxes for her gender, “male” or “female,” before being able to subscribe. This information was likely needed to tailor product recommendations to her—but this wouldn’t work for her because, as she says, “I shop on both sides.” As many of us do, since gender is not determined by the clothes one wears.

Ford pointed out that in forcing customers to make this distinction, retailers are just limiting their markets and "cutting [themselves] off from revenue from ppl like me.” Not only that but separating clothes between men’s and women’s also ignores the many other genders that exist, and continues to perpetuate the harmful idea that there are only two gender categories.

She also made the argument that if people weren't forced to choose between "male" and "female" clothing, many would have a more fluid sense of style. "I bet you the average person would own clothing with both feminine and masculine attributes if stopped making everyone take sides," she wrote. Here’s a groundbreaking idea: Stop casting gender labels onto clothing, and let people choose what they want to wear based on their personal taste instead.