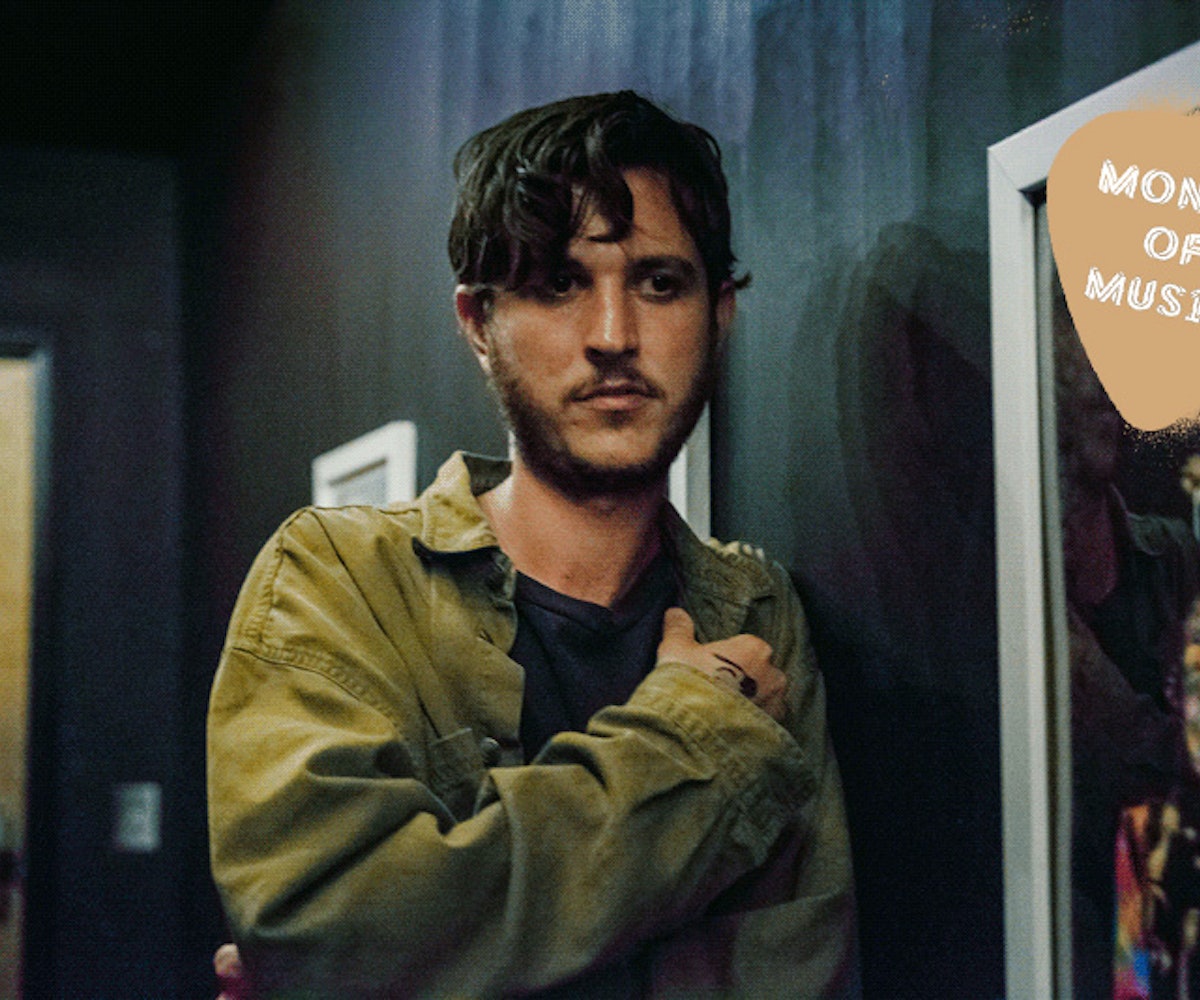 Some of the best, most compelling music right now comes from Belgium. You wouldn't know it, though, because artists like Oscar & the Wolf (real name: Max Colombie) have yet to properly debut their albums here in the United States. Aside from a few singles on iTunes, some tracks on SoundCloud, and a handful of visually striking music videos, Oscar & the Wolf's debut album Entity is trapped across the Atlantic. Regardless, he's touring here and casting spells on everyone who listens. For his music is, truly, something extraordinary. Imagine if Lana Del Rey and Fever Ray made songs together—that would be Colombie's music. Songs like "Princes" and "Strange Entity" are wonderfully odd, and alluring in a peculiar way; soft, nuanced, and pulsing with an otherworldly desire. Here's to hoping his album hits the U.S. soon. But until then, just get lost in Oscar & the Wolf's mystique. It's plenty to live on.

I‘d have to say “Undress.” I think it’s nice to wake up to this dark and sexy vibe, and also, it has a lot of sunlight in there, so that would be the one.

Man, I wrote so many songs about solitude. It’d have to be “Strange Entity.” The story behind it is like a Disney metaphor: You have Sleeping Beauty and you know that Maleficent casts a spell on her. She’s following this green light and that green light is super attractive for her, but it’s going to cause her death, at the same time—or at least her eternal sleep. So the song is about being “killed” by something that is really attractive. The whole album is about those things.

“You’re Mine.” I think the title says it all. It’s basically about desire, and about lust and fear and darkness, at the same, because I think desire is pretty dark. So, for hooking up, it’s kind of perfect.

When I saw Laura Pausini. She’s an Italian singer. I call it iron music because mothers always iron the clothes to it. I mean it’s cheesy, but I really liked it. I saw her on TV and I thought that’s what I want to be doing—doing iron music for mothers.

It’s a cliché thing to say, but it’s Lana Del Rey. I know it’s a typical “gay answer,” but a lot of people that I know are big fans of her. They feel like they know her more than other people, and I have that feeling a little bit. There’s a connection I feel that I can’t explain.

Starstruck? Many times. I used to get so starstruck when I started playing festivals and was surrounded by icons. I use to get starstruck by anyone who was a little bit famous. Now I’ve gotten used to it a little, but I remember getting starstruck by MGMT and Outkast. They were the first ones.

Do you feel pressure to be an advocate or like you have to be this voice for the LGBT community?

It’s more of a general thing. I try to get a message across that to be free is okay. It’s a little like Lady Gaga and her Monsters—you know, just do whatever. Don’t judge too much, just do whatever you want to do, and feel free to dance and to cry at the same time.

I ground myself by being underwater. When I’m underwater, mostly the ocean, everything becomes quiet and weightless. I feel completely satisfied with where I am then. I’m not in water that much, though. I think life on the water might be better.