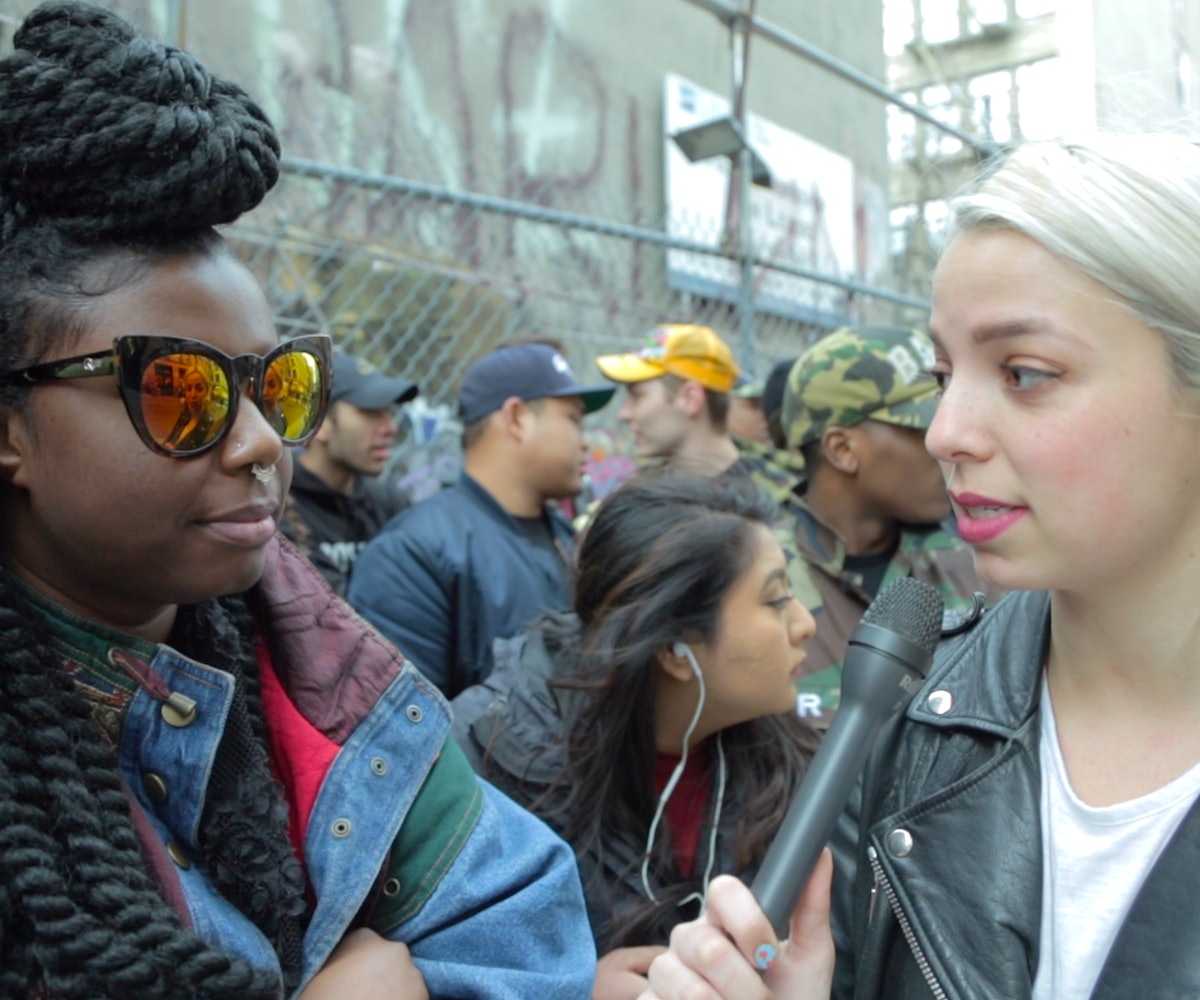 When Kanye West—perhaps under the influence of an audience member named Pablo (seriously)—announced, "And yes, as you probably could have guessed by this moment, I have decided in 2020 to run for President," at MTV's VMAs, the whole notion seemed pretty comical. West has a history of making rash, not-so-great choices, which isn't a quality that the Western world considers suitable for a political world leader. But if these past few months have taught us anything, it's that even the most absurd of political campaigns are capable of gaining significant traction. If a racist, elitist, pompous parasite like Donald Trump can lead the polls in this upcoming primary election, then it's not totally improbable that West would dominate as well. Hell, at this point, he seems like a glowing angel we desperately need to save us all.

We ventured to West's Life of Pablo pop-up shop in New York City to gauge Yeezy devotees' thoughts about #Kanye2020. Some gave the answers that you'd expect from anyone willing to stand in line for 14-plus hours to buy a $200 zine to give: "If he's giving out free Yeezys at the election;" "He's got a plan for our generation... I don't know what that plan is, but I know it's there." Some were really adamant about the candidacy, but when asked what his prequalifications and stances on the issues were, they could only say that he's lowering prices on his fashion line and sneakers. Many brought up the fact that Donald Trump has made it far, so West would as well. Others, however, disputed the idea, saying that the announcement was in jest, and the campaign would never be able to get its feet off the ground, citing the Electoral College and their faith in American citizens.

Only time will tell us whether #Kanye2020 will ever amount to more than a passing media frenzy. Though, we will say, West does have some serious pull. It takes a massive influence to convince me to drop $150 on a Gildan sweatshirt and T-shirt, let alone sell an alleged $1 million of clothing in two days.