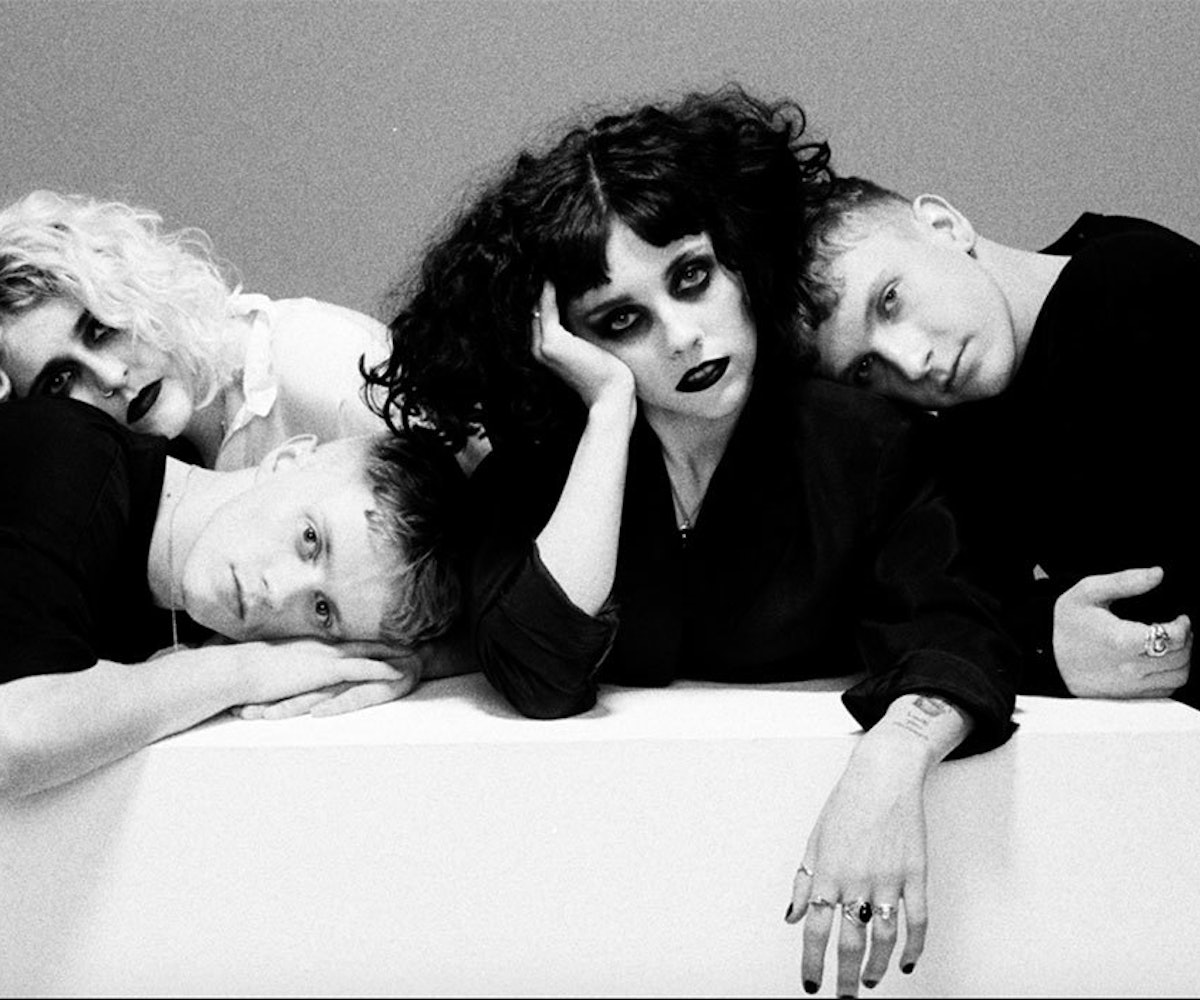 Pale Waves have a big year ahead of them. The Manchester four-piece made a giant splash with their debut single, "There's A Honey," and its gossamer follow-up, "Television Romance." They're closing 2017 out with "New Year's Eve," a glittering macabre pop-rock ode to unrequited love and the unease of crushing on someone, setting themselves up for even bigger releases come 2018.

Today, we're premiering the music video for the latter. Pale Waves' frontwoman, Heather Baron-Gracie, endures a night of social awkwardness and innate longing. Her bandmates play to an empty room while whatever desired romance, in true goth John Hughsian form, goes unfulfilled. Who among us hasn't been left hoping for some NYE kiss at one point or another? If only such a feeling felt as pretty as Pale Waves' take on it does.

Get into it, below.

NEXT UP
Entertainment
Gracie Abrams & Gia Coppola On The Joy Of Free-Flowing Collaboration
Entertainment
Hawa Has Her D'Angelo Moment In Playful "Actually" Video
Entertainment
Samia On 'Honey' & Saying The Ugly Part Out Loud
Entertainment
Bad Bunny, Lizzo, Kim Petras Will Perform At The 2023 Grammys
Style + Culture, delivered straight to your inbox.