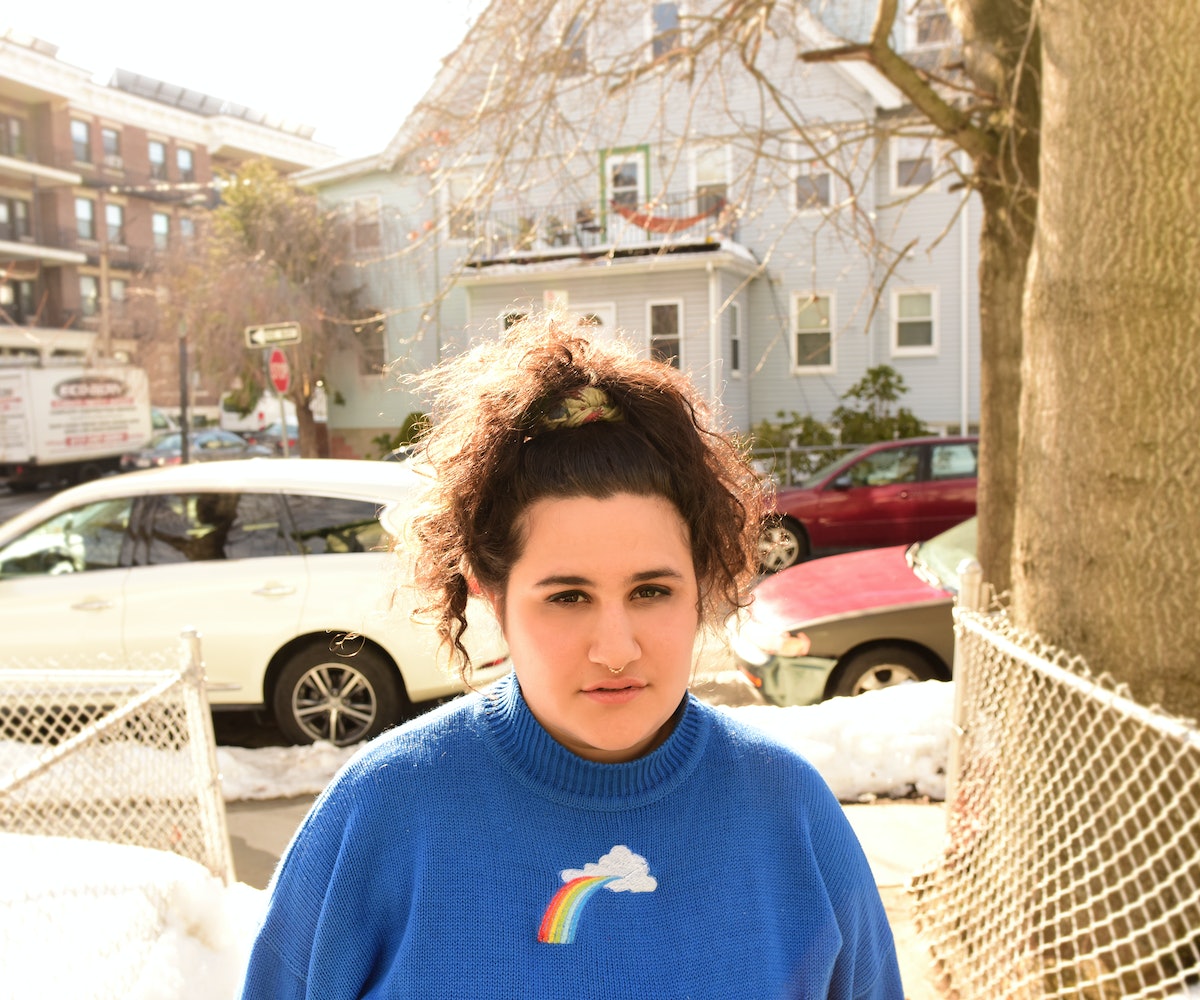 "Where's my body when the dust clears?" croons Palehound's Ellen Kempner on the chorus of "If You Met Her."

It's a question that Kempner has grappled with over the course of the past year, as she dealt with the deaths of two central figures in her life, as well as the journey to come to terms with her sexuality.

"Before last year, I hadn't experienced a significant relationship or loss, and had only really written about them hypothetically," she says. "This album taught me it was time for me to be more honest about parts of myself, such as my queerness and anxiety. It also forced me to face my experiences with loss and love through a more objective lens, which helped me heal and understand the turn my life had taken."

One year and a new album later, Kempner finds herself on the path to healing and self-discovery. With the help of her partner, her friends, and through the creation of her new record, A Place I'll Always Go, Kempner has discovered that "happiness, community, and love" are possible after loss.

Get caught up with Kempner and stream A Place I'll Always Go, below.

What are the differences between your previous work and A Place I'll Always Go?

My previous work was definitely a little less thought-out and more scattered. I wrote Dry Food over the course of three to four years, so I see it as more of a compilation as opposed to A Place I'll Always Go, which was all written around a few key experiences that happened within a year. I also got way more honest and less weird and coded with my lyrics.

In what ways is music related to how you deal with loss?

The song "Flowing Over" actually addresses my experience with music, and how it intertwined with my grief and anxiety following loss. Instead of listening to happy pick-me-up music, I would listen to sad songs that would just feed into my depression, which felt counterproductive but also super cathartic. The line "Flowing over 'til I'm empty" is about pushing myself to an emotional limit with music and then being so exhausted by it.

What song(s) would you prefer to perform alone rather than in front of a crowd?

Definitely "Backseat." I'm pretty insecure about that one for some reason and feel really nervous to play it in front of a crowd. That one feels more like a journal entry to me that I'd rather keep in my desk drawer.

Give us a short playlist of songs you absolutely cannot live without.

"Ballad of Big Nothing" - Elliott Smith

"How Can You Mend A Broken Heart" - Al Green

Do you have a routine before going in the studio or on stage?

Not really! I kind of go through phases with rituals and routines. For a while, I was reading a lot before sets, then I was crocheting, stuff like that.

What has being in the limelight taught you about other musicians?

Mainly that the idea of women in music being "divas" is total BS and, in my opinion, the biggest form of sexism in music. Every woman I've ever heard called a diva was actually just hauling ass to get ahead, and there's nothing wrong with that. I guess I was conditioned to be skeptical of people selling out, but really everyone just wants to make music a sustainable career so they can do what they're passionate about consistently.

What artist, living or dead, would you want to collaborate with?

I would love to collaborate with Frank Ocean. I adore his songwriting and I feel like I could learn so much from him. He's a diamond in the rough and truly one of the real gems of this generation of artists.

What’s some of the best advice you’ve ever received in terms of making music?

Not to be a perfectionist. I used to spend so much time trying to perfect my songs to the point where it drove me absolutely crazy. Once I learned to let myself fuck up every once in a while, I was able to let go and have a much better and productive time writing and recording music. Also, I don't like "perfect" music, I love hearing flaws on a record, so it was weird that I was so hard on myself and held myself to impossible standards.

The best advice you’ve ever received in regards to your personal life?

To be out as queer. I spent the majority of my life so far in the closet, and it was really painful. Once I started making more queer friends who encouraged me to be myself, I found so much more happiness, so much more community and love.

How do you come up with the names to your songs + EPs? Do they have any connection to what the song is about?

I like having song names be a phrase that's in the "hook" of the song, so that people, when they hear it live, don't have a hard time finding it. I can't count the number of times I've loved a song a band has played live and then had to spend a lot of time searching for it because it had an obscure name. As for album names, that honestly changes every time and usually is just a phrase or a lyric that I feel encapsulates the theme of the record.

Definitely when we played at Boston Calling last year and Courtney Barnett watched our set from the side of the stage. She's one of my heroes, and that was just wild. Afterward, she and her band invited my partner and I into their trailer, and we hung out, and they're just the nicest people. That was a great moment for me, to see one of my heroes as a real, nice person.

Your new album follows your experience in dealing with the death of loved ones while experiencing love for the first time with your current girlfriend. How did this manifestation of love in your current relationship play a role in how you see the world now and deal with losses of other loved ones?

I would say that as a songwriter, it's broadened my horizons. But, it's really complicated actually. On the one hand, I'm more optimistic about love and my ability to love and be loved, and on the other hand, I'm terrified of losing that again, so half the time I'm really thankful and fulfilled, the other half I'm super paranoid.

If you had a superpower what would it be and why?

I would love to be able to teleport! I love to travel but it really stresses me out—and tour would be so much easier without all the hassle!

Are you working on anything at the moment?

I'm always writing songs, I have to to be sane. Not sure if anything I'm writing right now will ever make it onto a record, and at the moment I'm really focused on A Place I'll Always Go, but they'll probably see the light of day eventually!