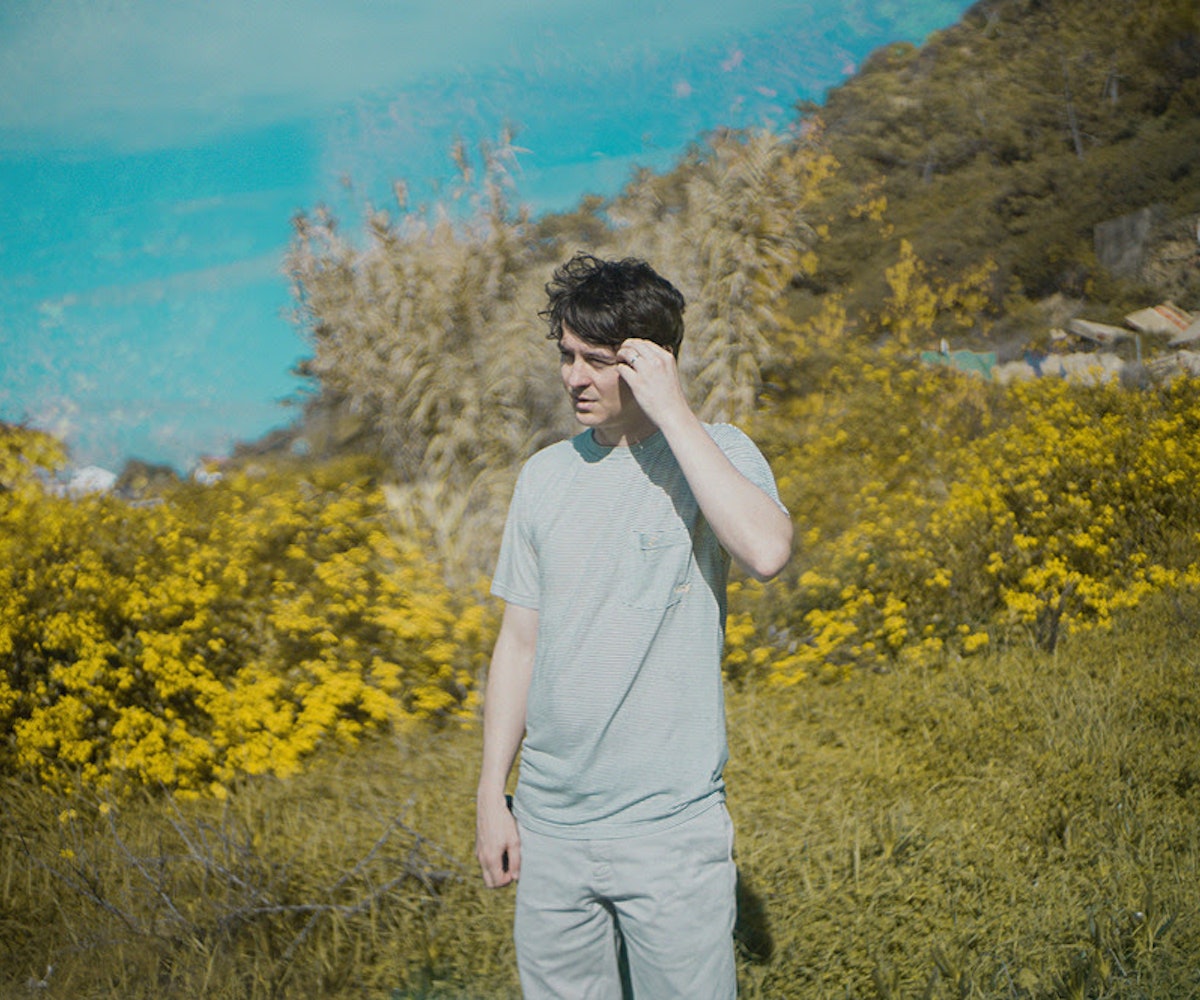 Noah Lennox surprised fans last week when, as Panda Bear, he released a five-song EP called Crosswords. The songs were recorded at the same time as Lennox's last solo album, the critically acclaimed Panda Bear Meets the Grim Reaper, and the tracks follow in that record's drone-y and reverb-drenched footsteps. And while most EPs might cause a blip on the musical radar, whenever Lennox puts out new music it's kind of a big deal. All three Panda Bear albums have been met with universal acclaim, and as one of the founding members of Animal Collective, Lennox is a titan in indie and avant garde music circles. Lennox, who lives with his family in Portugal, was nice enough to answer some questions via email about how this EP came together, his thoughts in the streaming services dominating the music industry, and his life after Animal Collective.

What was the impetus behind making this EP a surprise release?

Domino suggested releasing the stream and digital versions as a surprise with the physical copies coming out later. I'm always wishing the stuff could get released as soon as its finished so I liked the idea. Typically pressing the records, getting the artwork all squared away, and setting up press and other ways of trying to spread the word stalls releases a bit.

Your EP was announced on Beats1. How did that happen, did Apple reach out to you? What is the mechanism behind something like that happening?

I'm not quite sure how the connection happened and again this was a Domino suggestion. I would guess the stream was offered by Domino to the Apple people but I'm not totally sure.

What is your relationship like with the streaming services that seem to be dominating the music industry at the moment? Are you fully supportive or is it more complicated than that?

It's complicated. I'd hope that streaming could coexist with physical versions, but I feel like it's all still in flux. I've been using the Apple streaming service and I tried out Spotify for a while and I enjoy the snooping around. But I worry about current streaming models putting the pinch on smaller labels and new bands especially. I'm still trying to wrap my head around where the subscription money goes and how it's dispersed. I'm not so concerned about the delivery method or the format, as long as there's a healthy and sustainable musical ecosystem.

Were these songs recorded during the Grim Reaper sessions, and why didn't they make the album?

These songs were recorded at the same time as the rest of the Grim Reaper stuff but mixed later. We recorded 18 songs or so, and the two EPs have the songs I couldn't get to fit into the cycle or story of the album.

How has being a parent influenced your music?

I'm pretty sure being a parent has influenced everything I do, but it's hard to define exactly how, most of the time.

What role does mortality play into your songs?

My father died when I was 20, and like a lot of the most severe experiences in life it reassembled my identity. I feel like elements of that experience have come out in a bunch of songs since then. But I don't know that I've really talked or thought much about literal death in any of the songs. The Grim Reaper stuff seems to be more about deaths and births of a different kind.

As you get older, do you start to see past Panda Bear and Animal Collective? Or do you see this as something you'll be doing as long as you can?

I think about it a lot. In some ways, I don't feel like it's totally in my control. I imagine I'll do this as long as I can, but who knows if people will stick around or care. I feel very lucky to have done this for as long as I have.

Do you ever think that being in a band, touring, etc. is a young man's game, or are there ways to adapt it to middle age?

I wouldn't say it's a young person's thing exclusively, but it's certainly not for everyone. There's also many different qualities of touring and I haven't seen them all. I've been lucky enough to see a bunch, though. I don't mind the physical demands so much, but the mental and emotional rides can get wacky.

What can you tell us about the new AC album? When will it be out and what can we expect from it?

Do you think you still have evolving to do as a creative person, and is it at all possible to predict where that evolution might take you?

No one stays the same I don't think, so I'd expect there's someplace for me to go. I don't know that it's possible to predict.

What are some new hobbies you'd like to take on?

It feels like my new hobby is trying to tame my gut. Might be a long road.