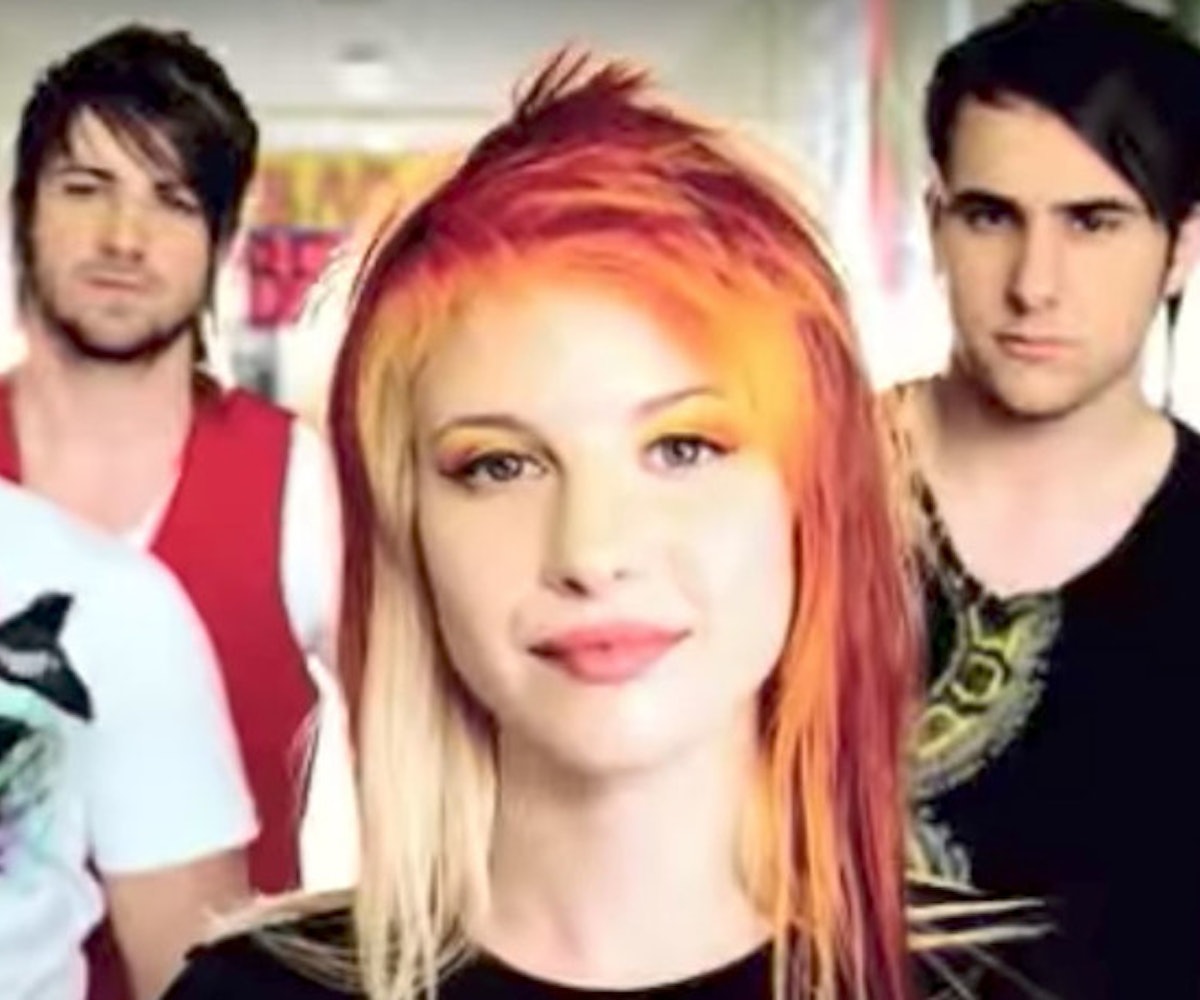 In a recent interview with Track 7, Paramore's Hayley Williams reflects on the last 10 years of touring with her band and publicly addresses the controversial, "anti-feminist" lyric in their breakout single "Misery Business."

"Once a whore, you're nothing more/ I'm sorry, that will never change," Williams wrote more than a decade ago. In 2015, she came under fire for the lyric, with people claiming she couldn't be considered a feminist icon if she once sang words like that. She responded with a blog post, where she explained, “I’m a 26-year-old person. And yes, a proud feminist. Just maybe not a perfect one.”

Williams told Track 7 that the controversial lyric came from a page in her diary. "What I couldn’t have known at the time was that I was feeding into a lie that I’d bought into, just like so many other teenagers—and many adults—before me," she said. "The whole, ‘I’m not like the other girls’ thing… this ‘cool girl’ religion. What even is that? Who are the gatekeepers of ‘cool’ anyway? Are they all men? Are they women that we’ve put on top of an unreachable pedestal?"

She added that she'd "already done so much soul-searching about it" before people called her out years after the album was released. Now Williams omits the line when performing the song, like she did recently at the Royal Albert Hall in London.

"I do like to know at the end of the day that I tried to do the right thing," she said. "I was a 17-year-old kid when I wrote the lyrics in question and if I can somehow exemplify what it means to grow up, get information and become any shade of ‘woke,’ then that’s A-OK with me."