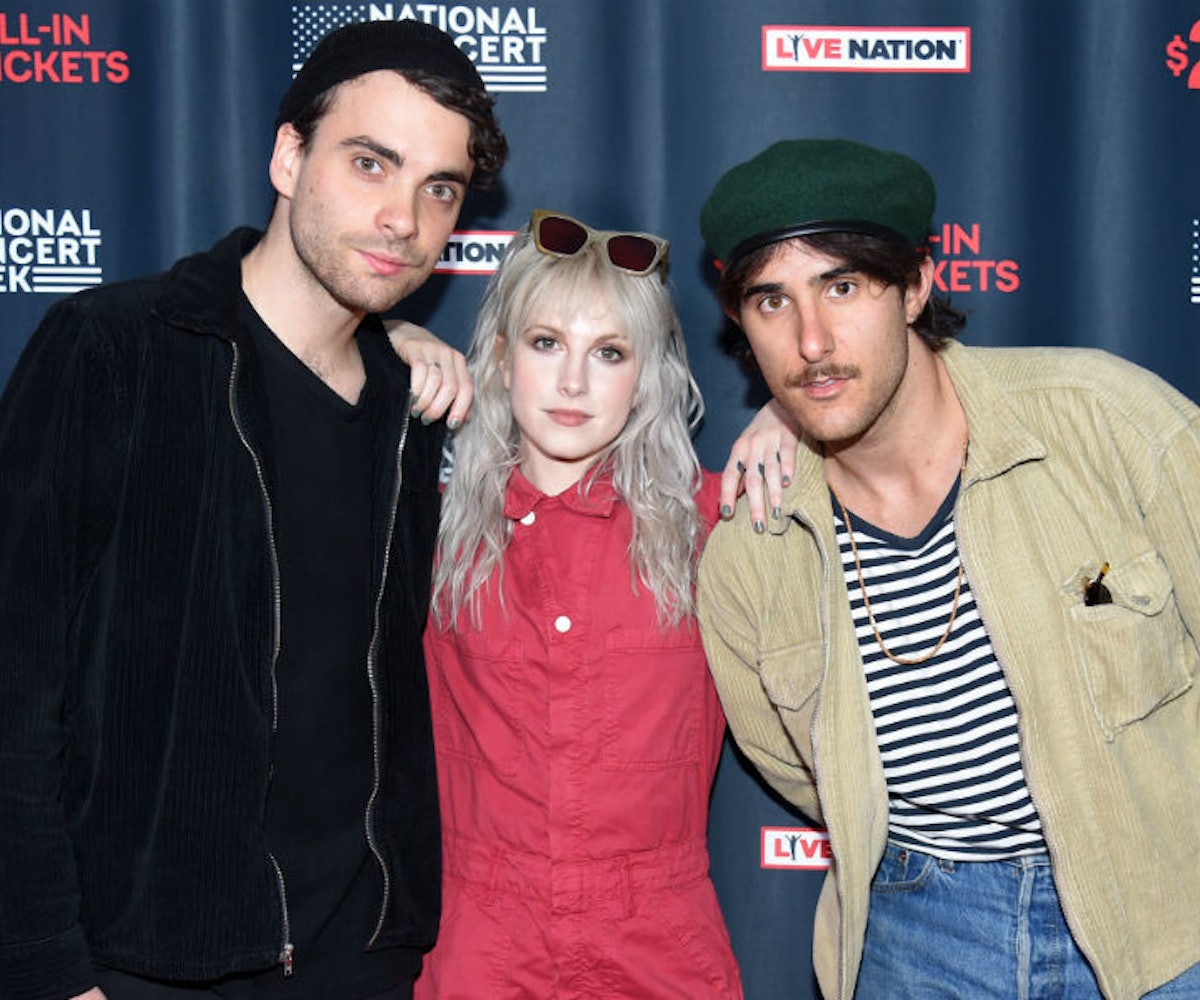 Paramore put out an excellent album last year. On it is an equally excellent song titled “Rose-Colored Boy.” The band performed the track on The Late Show With Stephen Colbert this week and, afterward, explained its meaning.

“'Rose-Colored Boy' is a song about feeling pressured to look at the world with blind optimism when you actually feel very hopeless about the world & your part in it,” the band wrote on Twitter. “There is so much social pressure to be (or appear to be) ‘happy’ that we can actually feel shame when we aren’t.” The purpose of the song is to help shed some of the stigma surrounding mental health, they explain. “It’s hard enough to deal with sadness, depression, or any type of anxiety without the added societal expectations,” they wrote. “It’s important & more healing to meet ppl where they’re at—EMPATHY—than to try & paint everything rosy.”

These same messages are relayed throughout the video, where the trio plays a bunch of fake-happy ‘80s newscasters. The band reenacted similar visual components for their performance and, when one fan asked what the meaning was behind the creative process, lead singer, Hayley Williams, provided some insight. “The promotional side of what we do can feel pretty uncomfortable to us,” she wrote. “Think the Colbert set was about us performing in an alternate world that v much looks like our own bubble—and me representing the nervousness of having people poke a hole in the bubble and peer in…"

After thanking Colbert for allowing them to perform, the band concluded with: “We hope that somewhere out there, staring into a screen, someone was made to feel less alone by the ideas in ‘Rose-Colored Boy.’”