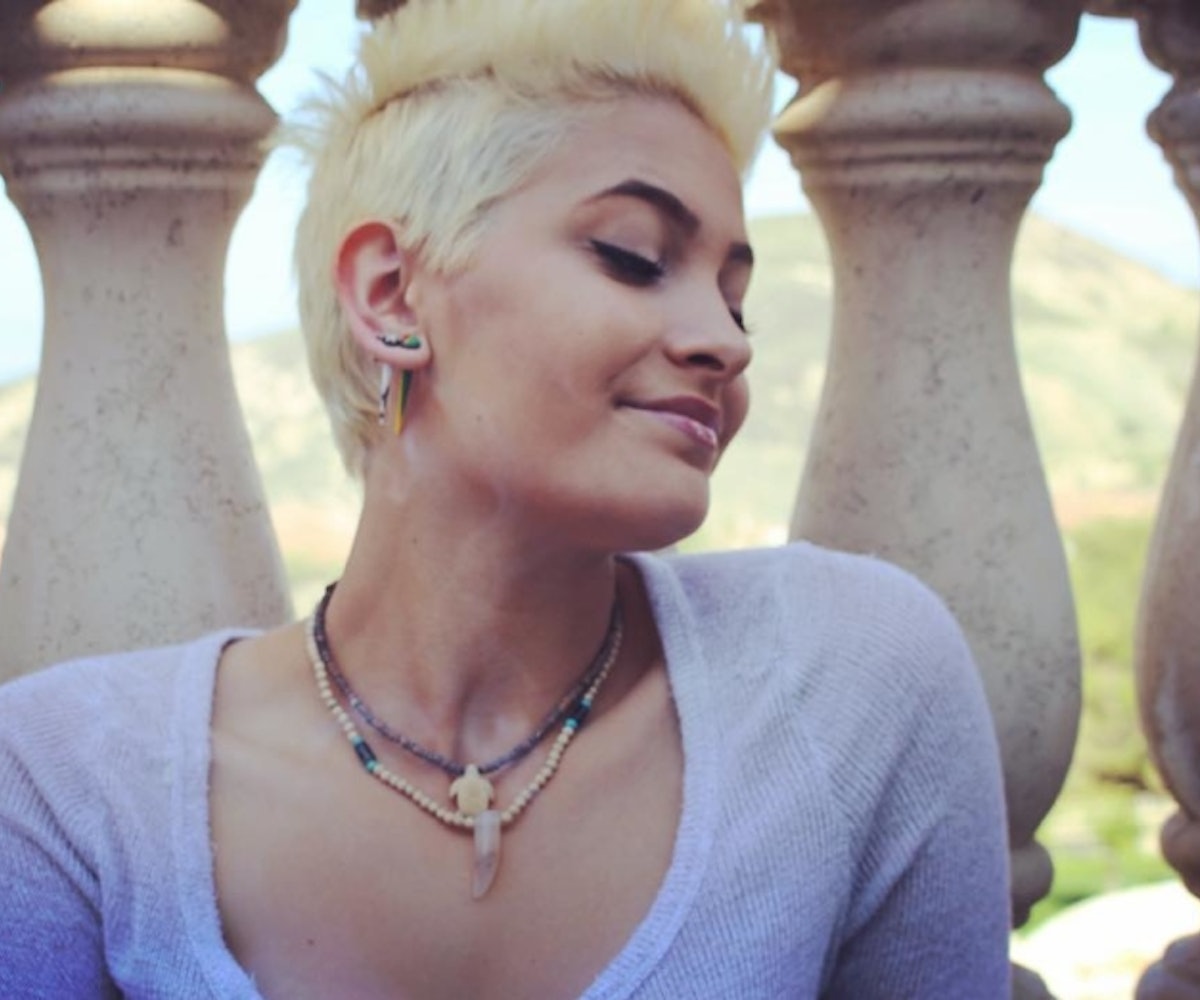 Photo via @parisjackson/Instagram
by Sydney Gore
May 31, 2016

Just when we think prom season is over, another celebrity proves us wrong by making an after-school appearance. Paris Jackson was the latest famous face to attend prom, dressed up for the occasion like we've never seen her before—in a suit. We assumed she would have gone with her boyfriend, but it appears that she took one of her gal pals instead. (After all, girls just want to have fun.)

Just a few days ago, Jackson revealed a fresh dye job. Initially, most of us probably thought that it didn't mean anything—people are easily bored by their hair color so changing it up every couple of months is no big deal. Turns out that Jackson coordinated the icy blue hues to match the color of her date's silky gown. We've never ever seen a guy do this, so needless to say that we are very impressed by Jackson's dedication. Talk about making a commitment!

Obviously, Jackson is an ideal prom date if there ever was one. Take a look at how cute she is in her post on Instagram, below.