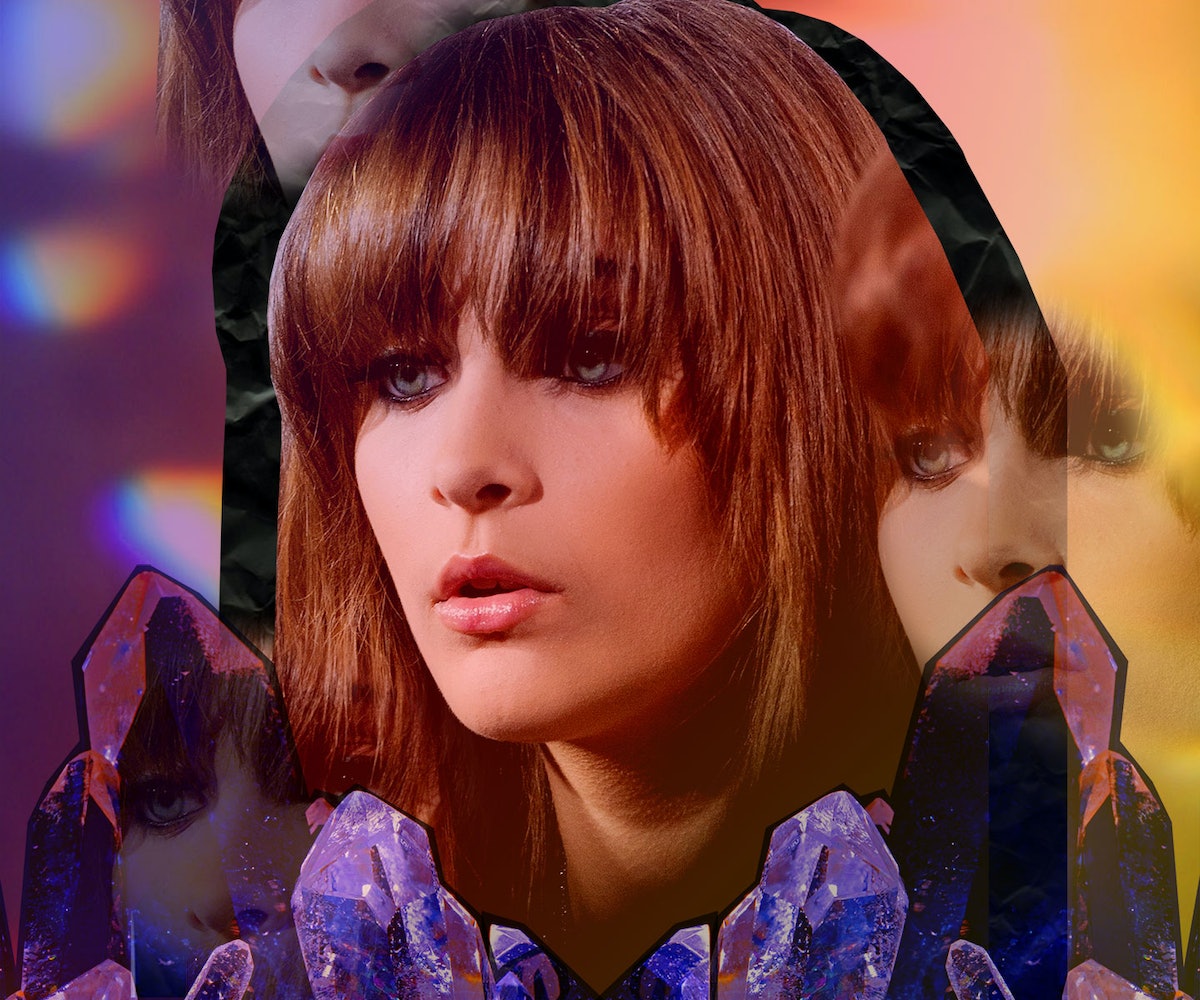 Paris Jackson is, for the most part, a mystery. She is the fairly media-shielded daughter of the King of Pop, who has not nabbed the now-typical reality show deal, never sat down for a tell-all, and generally keeps her private life, well, private. Today, she is in the news for clapping back at critics on her Instagram who feel like Paris "owes them" something on her social media, saying, "The expectations for my DAD were f***ing ridiculous. He didn't owe you anything, yet he was ripped to shreds DAILY. I will not let that happen to me," hinting at her own struggles with addiction (though, to be fair, many people attend AA meetings for many different reasons).

This landed us on Paris' Instagram page, a recently un-private space where the 17-year-old gal shares her art, life, and thoughts. Generally, celebrity children share very little in common with us, but suddenly we noticed a familiar pattern with Paris' postings: She's totally a witch, y'all.

Yup, our inner magick user spotted a kindred love of the occult in Paris Jackson, and it is very,

excited. Paris so clearly understands the Wiccan ways and definitely wields a power that is decently otherworldly. Just to make sure our instincts are on point, we contacted Gabriela Herstik, VICE contributor, writer, and expert on all things generally witchy. She confirmed, saying: "So, besides the fact that Paris has the Wiccan Rede in her Instagram bio, she also talks about meditation, posts about chakras and has photos of herself in yoga poses. She doesn’t seem like she’s fake and preaching about it, either. Meditation, for her, is anything that will quiet her mind, like snowboarding. She even has selfies of herself with a fake third eye—girl knows what’s up. Anyone can be a witch—it’s usually just a path you consciously have to start on. I definitely think Paris is on that path— anyone who’s conscious of the moon's aura and talks about it is probably into some witchy ish."

Need proof that the middle Jackson is up on her spell casting? We got you, fam.

Described by Herstik as "basically the closest thing Wiccans have to a law," Paris has the rede as her Instagram bio, which is, "An ye harm none, do what ye will." Basically, it means that you do you, as long as you're not hurting anyone around you.

Wrapped crystals, geodes, and more are laced over what appears to be the text of Henry The IV, the Shakespearean play about young Prince Hal turning away from his merriment and debauchery to assume the wealth and title which belong to him.

Yup, Paris hashtagged with the Welsh goddess many Pagans consider the deity of change, rebirth, and transformation, possessing the power of knowledge and insight, with a cauldron full of "poetic inspiration."

While her followers freak out about whether or not she's a Satanist, anyone interested in spiritual symbology would know that the five-pointed star has many meanings: The five senses, the human form, or, in Paganism, the most holy protective symbol.

While chakra awareness comes from Reiki healing and Hindu mysticism, the modern witch understands the body's flow of energy and the need to keep everything aligned.