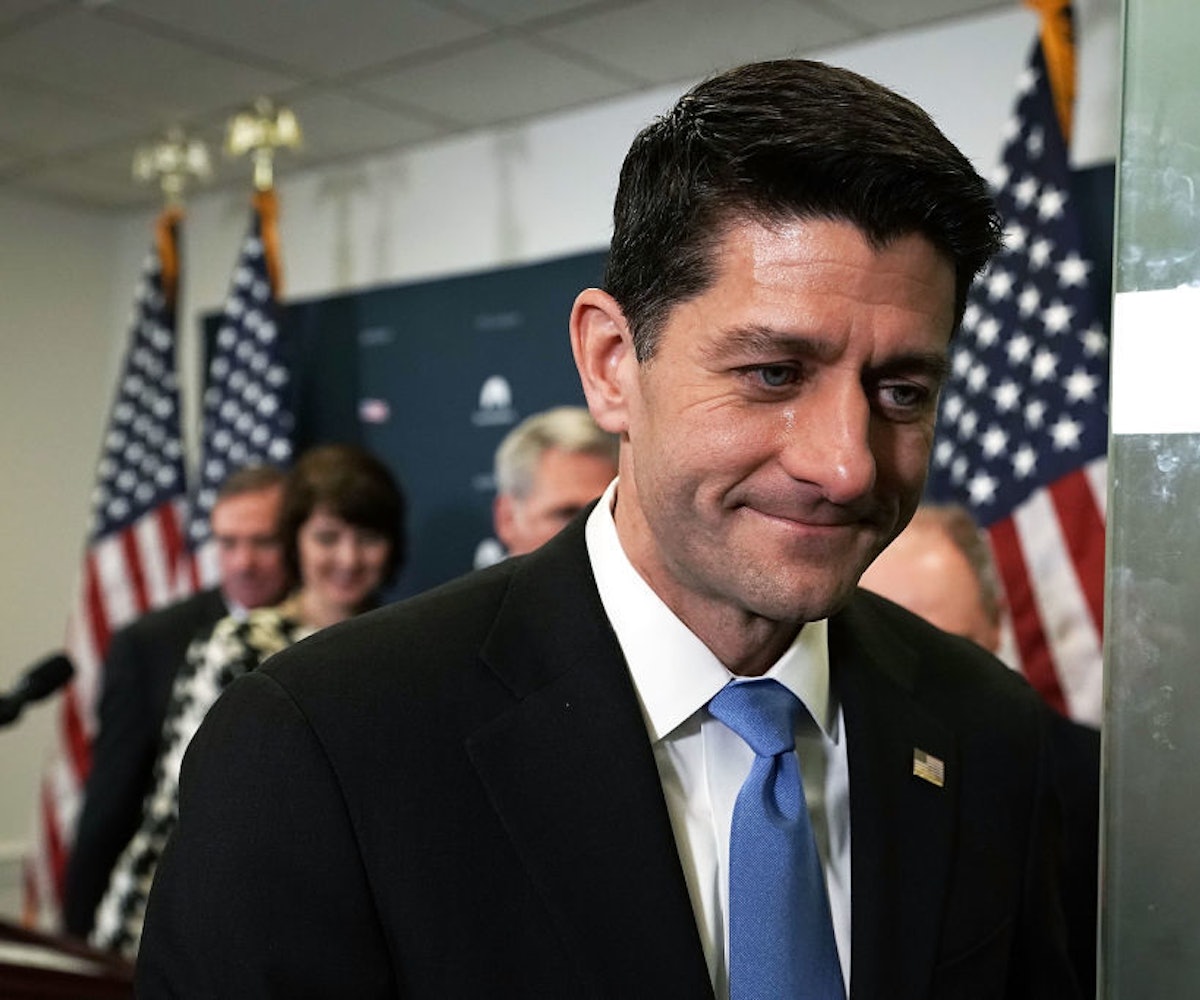 If Speaker of the House Paul Ryan looks happy, we should all be very concerned. On Tuesday morning, on the day that he would be delivered the best Christmas present an Ayn Rand-obsessed former frat boy could dream of, Ryan

a creepy video montage of his 20-year-long tax obsession.

Beginning in 1998, with a 28-year old Ryan, and ending in 2017, the video catalogs the Republican lawmaker’s many uses of the phrases “closing loopholes” and “simplify, simplify, simplify.” The result: what was surely meant to seem like a triumphant expression of dedication making Ryan look frighteningly single-minded.

Sadly, Ryan’s dreams of a simplified tax code won’t make life much easier for us, little people. Corporate tax rates will fall from 35 percent to 21 percent, and although middle-class households will see small tax decreases at first, the individual cuts will expire after 10 years. The bill will also add $1.46 trillion to the deficit over the course of those 10 years, introduce oil drilling in Alaska, and deal a major blow to the Affordable Care Act. For a more thorough explanation of how this tax bill will affect you, check out Bloomberg’s guide.

The House and Senate have to vote on a final version of the bill before it can go into effect next year.