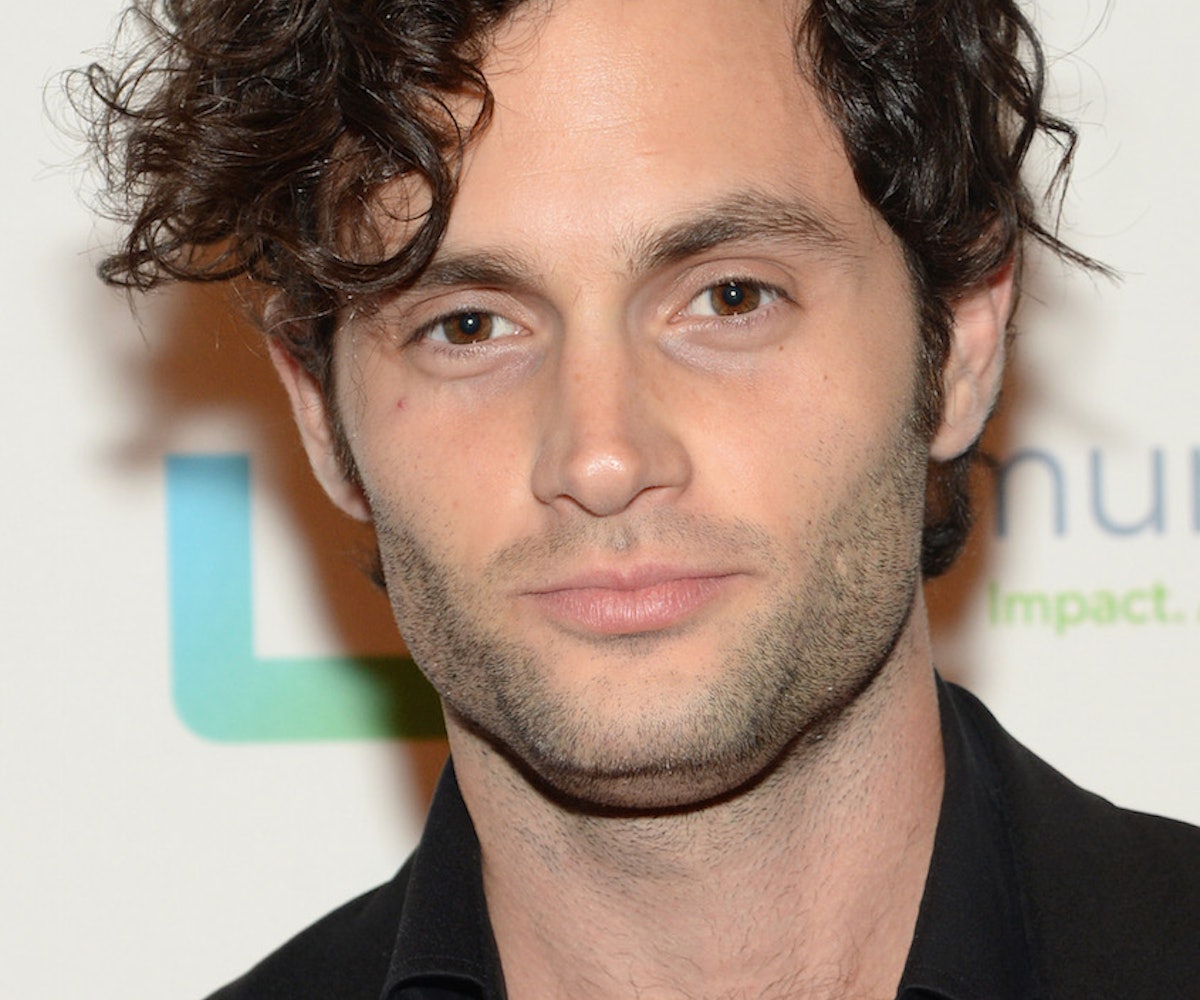 The world of Shakespeare's Cymbeline isn't too far removed from the dramatic New York City seen in Gossip Girl—filled with betrayal, unexpected marriages, and banishment—so it isn't too jarring to see Penn Badgley make the transition from secretive Brooklyn-boy Dan Humphrey to the lovelorn Posthumus. As Badgely shows off his serious acting chops in one of Shakespeare's most twisted, tragic romances, he's also been taking on more diverse (yet ever-dramatic) roles in NBC's The Slap and an upcoming romantic film, The Paper Store. Here, he chatted with us about the challenges of acting Shakespeare, Uma Thurman, and his hallucinogenic experiences in the Colombian jungle.

Is Shakespeare a challenge an actor rushes toward or something he approaches with trepidation?

"It’s both. It depends on the person. I personally right now want to rush toward something that scares me for the right reason. When it comes to the character of Posthumus, I think a lot of the productions of this tend to be more comical and absurd and even though the movie’s plenty comical and absurd. In this it is much more dramatic and serious, so that made Posthumus a pretty terrifyingly insane and unstable character. Maybe he was just a bit arrogant and dramatic a couple of hundred years ago but putting Posthumus in modern day context, he’s really something crazy."

What about doing Shakespeare for the first time and performing with actors of varying degrees of experience, Ed Harris and Ethan Hawke, and then you have Dakota Johnson?

"The interesting thing is I barely worked with Dakota in the movie even though we are characters who are obsessed with one another. The bulk of my work was where I had a lot going on with Ethan and I’d say he was an incredibly compassionate and supportive cast mate. On the first day of shooting we had those two big scenes and it was an intense first day and he in fact said it was the most difficult and intense first day on any project he ever had."

Dakota got cast in 50 Shades while you were shooting. How did that impact things?

"It reminded me of Gossip Girl. It was like one day nothing, the next day everything. It’s pretty funny the way that happened. I remember the day she got it the next day there were scores of paparazzi out there. I imagine she’s learned to deal with it by now."

Tell me a little about The Slap with you and Uma Thurman.

"It was a bit of a wink and a nod to my days on Gossip Girl because I’m playing a young television actor and also lead singer in a band living in Williamsburg, Brooklyn, and he’s on this hit series which is referred to a bit in that milieu. He’s dating an older woman, and that’s Uma Thurman. Initially reading the logline I thought that seems dangerously close to home and I didn’t give it much thought. But I got to write a song. I essentially make fun of myself while having a fling with Uma. It was fun for me."

What was the song for Uma?

"I wrote the song with her character in mind, sort of. I think it’s a plea to an older woman to give a young man a chance. As far as Uma goes, I think the song would be, Hi, nice to meet you, I’m Penn. When all is said and done, I was in and out of that thing. I was only in one episode."

You said you’ve written a song for every woman you’ve ever loved. Do you have a song for Blake Lively?

"I said that I’ve written a song for every woman I’ve loved and that’s on the money. You can’t help it as a songwriter but to write from your experience."

What is this stuff I read about you in the Colombian jungle doing hallucinogens. Ayahuasca? What’s that?

"There’s many things that it is and the experience can range for lots of different people. I sat with it in the Tayrona National Rainforest in Columbia. I would call it an ancient medicine of indigenous peoples of South America. These shamanic rituals can be very eye opening. It’s part of a personal journey. Truthfully I would say if you distill it down to its utmost barest truth, which is very rare you get to do in any career, when you pare it down, acting is a shamanic ritual."