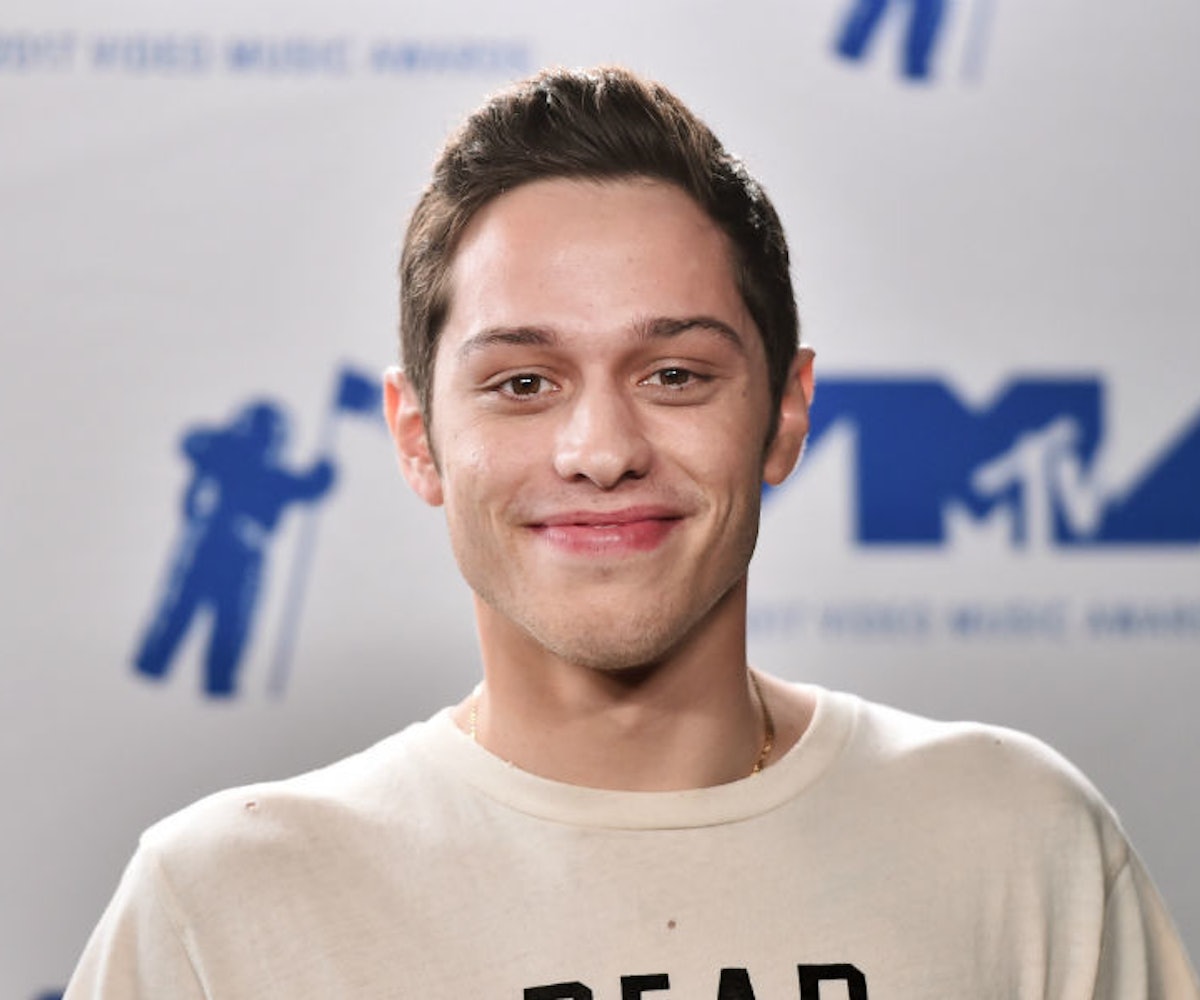 Update 7/23/18, 5:25pm: Pete Davidson cleared things up about his sudden Instagram blackout. There's nothing wrong, nothing happened, and it's not some cryptic messaging, he says, he just doesn't care to be on social media anymore. "The internet is an evil place and it doesn't make me feel good," he wrote on his Instagram story. "Why should I spend any time on negative energy when my real life is fucking lit. the fact that I even have to say this proves my point." He insists that he still loves his fans and will, probably, be back at some point. Read his full post below.

In an unexpected move, Pete Davidson just deleted all of his posts on Instagram.

The SNL star has completely wiped his feed of any pictures, including any of his new fiancée Ariana Grande. Grande, as it appears, has turned off comments on all of her Instagram posts. It’s unlikely behavior, especially for Grande, but it might have something to do with the “controversy” that happened this weekend.

Yesterday, Grande posted a picture of her late grandfather on Instagram with the caption “miss n love u forever my best friend.” Davidson commented on the post with “omg what a cutie.” Grande's fans being Grande's fans assumed he was referring to Grande, noting that it was kind of an inappropriate time to be doling out compliments. Davidson promptly replied: “Are you guys all insane? I was talking about how cute her grandpa is. What’s wrong with that? You guys really look for anything to attack people. It’s sad.”

It’s unclear if Davidson’s deleted posts and Grande’s overprotective Arianators are linked, but it’s possible. Unlike other artists who typically engage in this kind of blackout behavior, we don’t think this is Davidson alerting us that new music is on the way. More than likely, it’s his way of saying he’s sick of the internet and its trolls. And, well, same.

Meanwhile, Grande tweeted this out not too long ago: “the energy u put out is exactly what u get back, please create a beautiful life for yourselves.” Whatever that means.