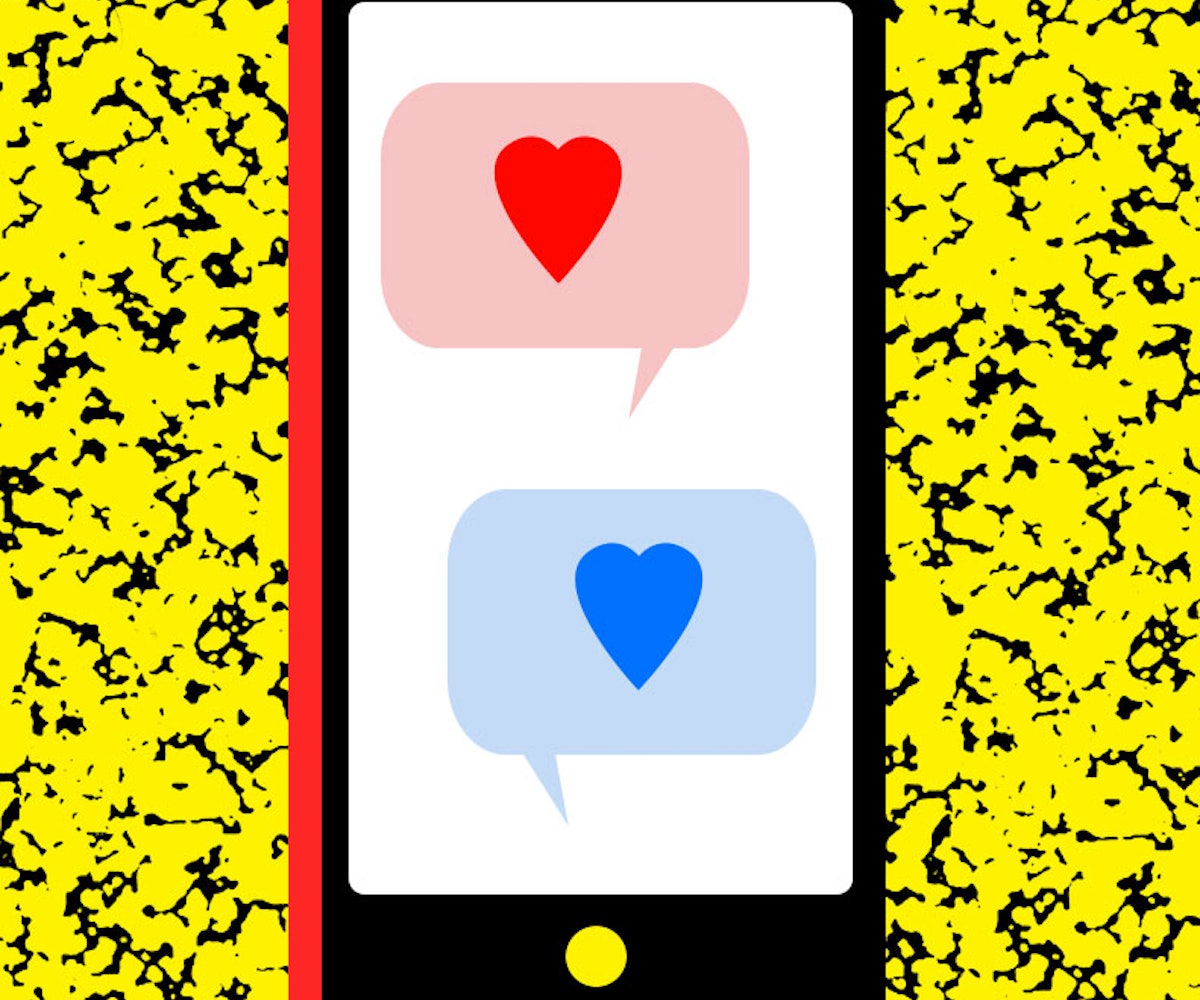 Contrary to popular belief, teenagers are intelligent creatures. In the latest effort to dissect youth culture, Pew Research Center recently published a report titled “    Teens, Technology, and Romantic Relationships.” The report revealed stats on the digital strategies of how teens find love in the digital age. For example, approximately 50% of teens have expressed interest in someone by friending them on Facebook or another social media site, and 47% by commenting on or liking a post. (Poking is so outdated now.) The report breaks everything down so even us millenials can understand it all—apparently “entry-level” digital flirting is adding or following someone on a social media platform.

Unfortunately, this is something that doesn't go away with age. (Yes, kids, grown-ups are distracted by their devices too.) If anything, this report shows that teens and adults play the same game, except for the fact that some of us resort to dating apps like Tinder, Bumble and Sizzle. Personally speaking, I want to know which emojis seal the deal, but Pew is probably hard at work studying this in their next investigative report.