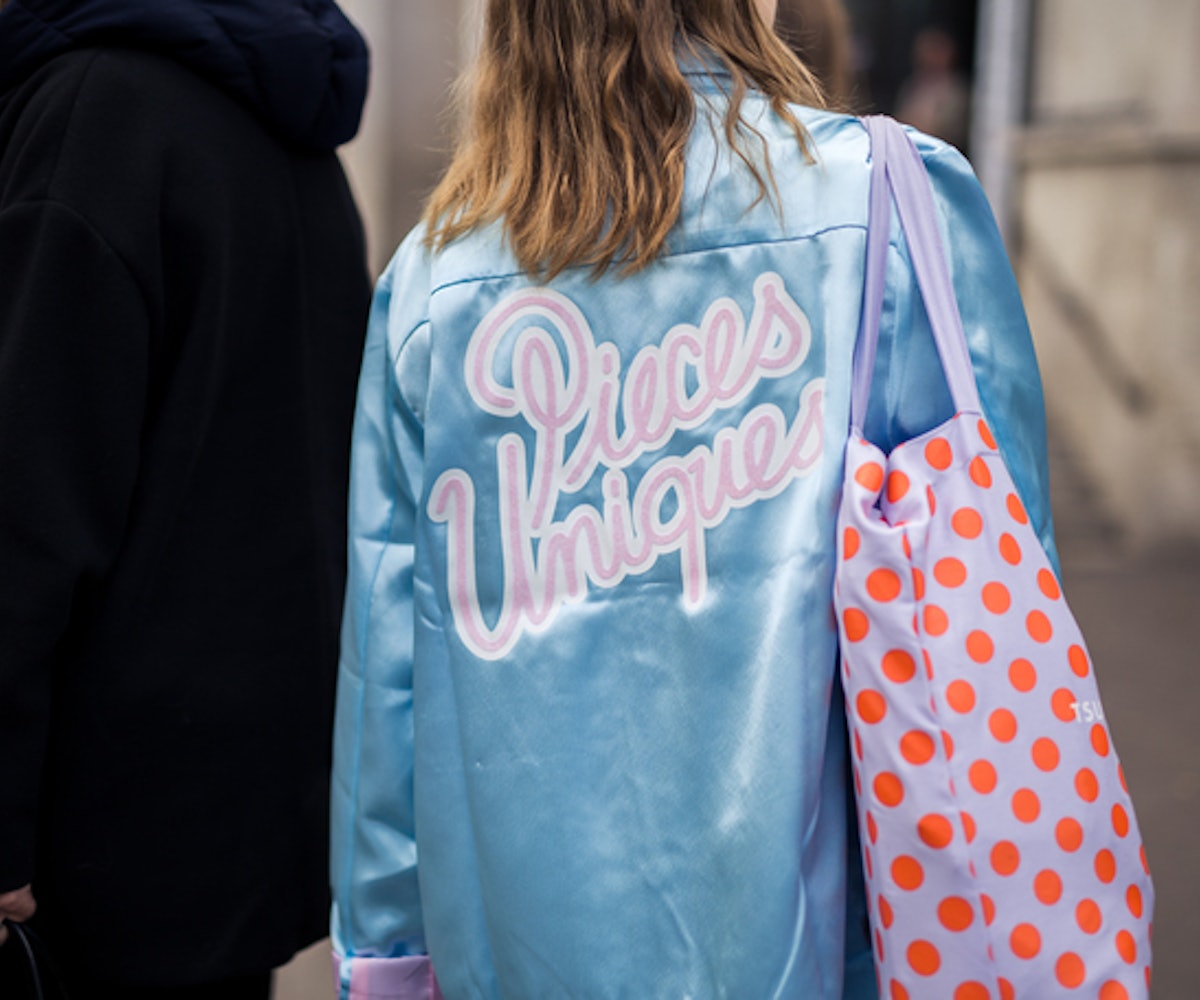 Four days into October and we can officially bid fashion month adieu. This Paris Fashion Week has proven, again, everything looks better in the City of Light. Who can say why, exactly, other than the fact that the sun's rays seem to favor that part of the world, complementing the golden architecture with their golden beams. And as such, the city itself becomes the perfect backdrop to showcase the finest fashion and boldest street style. The eighth and final day of the week's events culminated in off-duty looks and relaxed fits. Thanks to Louis Vuitton's show, Supreme had its moment, too. Now, we rest. À bientôt, Paris! Merci for the memories.

It's Archie's world, y'all. We're just waiting for Sabrina the Teenage Witch to join it.

This is what color blocking is all about.

Ready for this red, honestly.

Have you ever seen a more model-off-duty look?

Can we get a witness to this Katy Perry "Roar" moment?

Suspend your disbelief and look at life through orange-tinted glasses.

All white is alright after Labor Day.

Can someone please clarify if that rainbow cloud thing in her left hand is a phone case and, if so, where can we, um, get it?

Batty is better than bratty.

Because one phone just isn't enough when it comes to fashion.

Talk about a pop of pink!

No, this coat does not say "Pisces," like I originally thought. Still dope, though!

Good luck trying to sneak up on anyone with these jeans.

See the way the phone case matches that Louis Vuitton x Supreme jacket? It's not a mistake.

Look back at it.