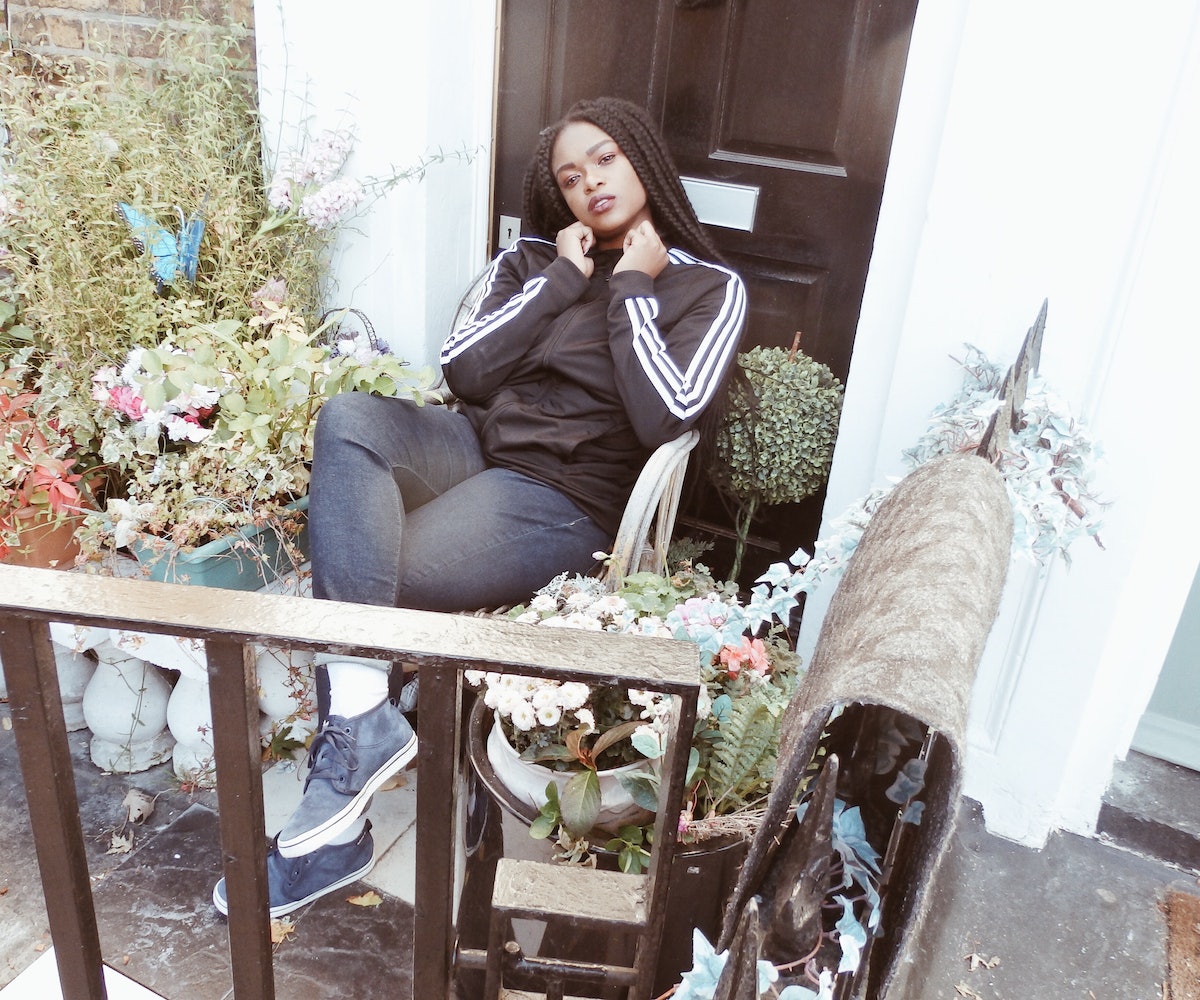 If you've ever needed a song to perfectly describe your semi-creepy observational habits, Phoenix Martins is about to be your new favorite person. Her brand-new single "Velocity" is a feel-good, electro-pop gem about obsessively keeping tabs on someone that catches your eye on multiple occasions.

"I’d had a long day at work leading me into an escapist state of mind, a place of fantasy and surrealness," said Martins. "'Velocity' is about being infatuated with someone you see all the time, but not knowing how to approach the person in question or even how to just, have a chat. I imagined having a newspaper, peering over or cutting two holes out for a pair of eyes to admire the handsome figure that doesn't have a clue of the crush."

Of course, the London-based singer and producer has a way of making all of this come off as a burning admiration rather than a major stalker alert. This feeling of instantaneous attraction isn't too far off from Martins' creative vision, which was inspired by the original version of The Pink Panther.

"I imagined the theme song and how playful it sounds to further, cultivate, define and structure the songs musical character," she added. "The instrumentation, surrounding my vocals, is a musical interpretation of the core feelings that exist within this lust-filled encounter."

Last month, Phoenix dropped her 47 EP on SoundCloud. Channel your lusty side and stream the steamy track, below.