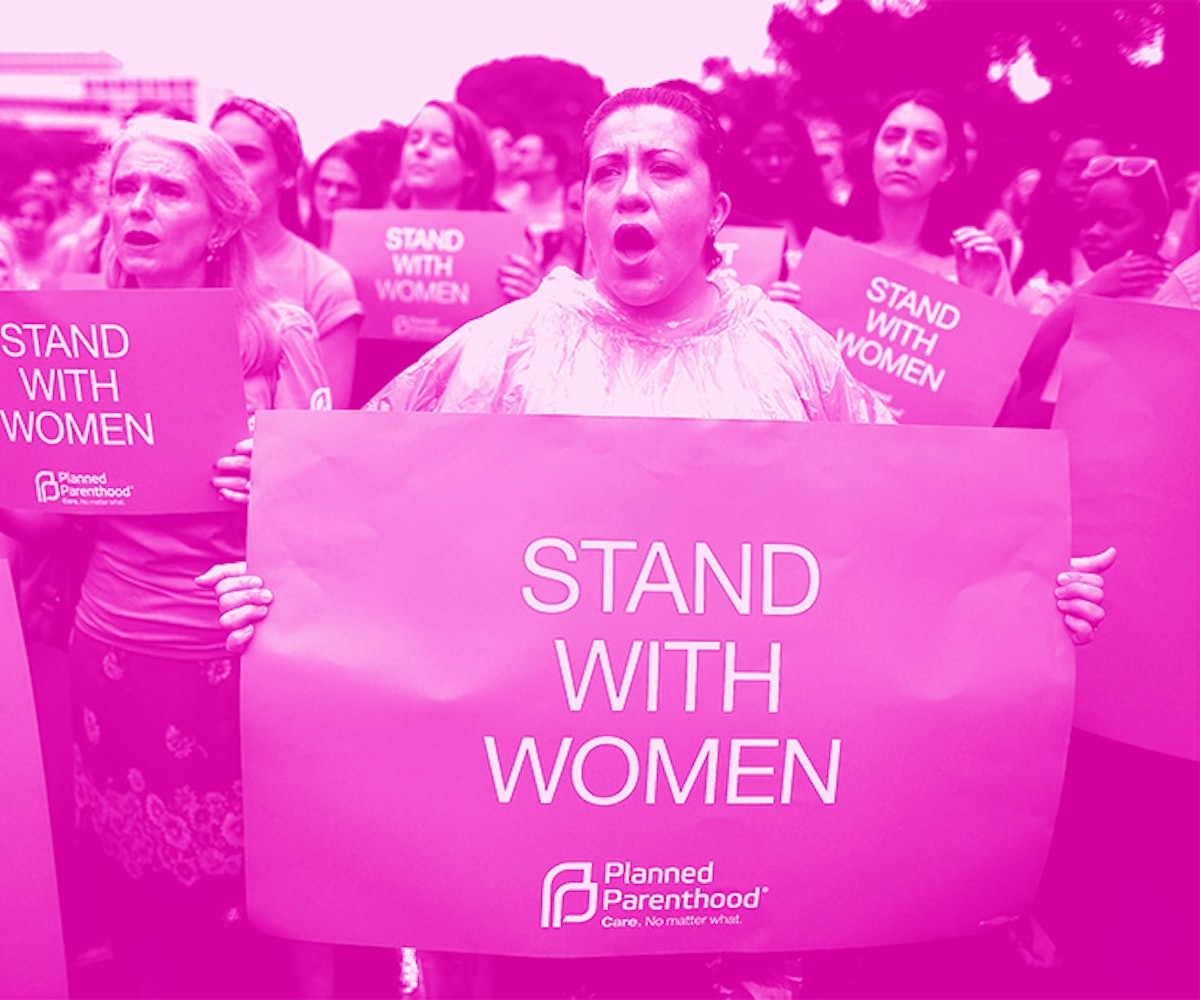 Organized protests of women's health provider Planned Parenthood have been on the rise this week, along with Republican criticism, as a third video was released from the group Center for Medical Progress which attempts to smear Planned Parenthood for providing fetal tissue to researchers with the consent of patients who have had abortions. Presidential hopeful Rand Paul is now using the controversy as a springboard to lead an attempt to defund Planned Parenthood on the federal level, meaning it would receive no funding from tax dollars whatsoever—right now it receives about $500 million, annually.

The videos in question, heavily edited, depict Planned Parenthood employees discussing the process of collecting fetal tissue for scientific organizations to perform research on, a practice that Planned Parenthood has stated time and time again is only done with the informed consent of patients who had already planned to have abortions. In the latest video from CMP, money is being discussed, which has led some to believe that Planned Parenthood is "selling" fetal tissue. Planned Parenthood says that what's being discussed in that clip isn't profit, but just costs of the procedure being reimbursed by the research organization, which is perfectly legal; the law that forbids the sale of human tissue does allow for "reasonable payments" for costs associated with obtaining or transporting the tissue.

In looking at Planned Parenthood's funding, it's important to remember that the Hyde Amendment already prohibits the use of federal dollars to cover abortion services, except in extreme cases where the pregnancy is the result of incest or rape, and/or the pregnancy must be ended to save the life of the mother. So if the GOP's campaign to defund Planned Parenthood were to succeed, the real impact would be felt on preventative services that millions of (mostly low-income) women rely on every day, from mammograms to STI testing to health screenings—abortion services comprise only about 3 percent of the care Planned Parenthood provides.

In the middle of the frenzy around CMP's videos and defunding push, the Planned Parenthood organization was also the victim of hackers who released the names and contact information of over 300 Planned Parenthood employees, making them vulnerable to harassment and violence; the hacking threat ultimately forced Planned Parenthood to take down its websites for a period of time. The fear of backlash and threats for healthcare providers is very real; no health professionals we reached out to were willing to be quoted for this story, perhaps because the current smear campaign has been so effective that it would be risky to have one's name associated with it publicly. Planned Parenthood also didn't respond to a request for comment before this article went to press.

What's especially interesting is that when Planned Parenthood and/or Presidential campaigns aren't on the table, Republican lawmakers don't necessarily have a problem with fetal-tissue research. As Laura Bassett at the Huffington Post points out, several of the Republicans who are calling to defund Planned Parenthood today voted for this exact practice when it was legalized in 1993:

In 1988, the Reagan administration began a moratorium on fetal tissue from elective abortions being used in scientific research. But Congress lifted that ban in 1993 when it passed the National Institutes of Health Revitalization Act, which allowed research on human fetal tissue regardless of whether the tissue came from a voluntary abortion. McConnell voted for that bill, as did Reps. Lamar Smith (R-Texas) and Fred Upton (R-Mich.), all of whom have condemned Planned Parenthood in the past two weeks for its involvement in the practice.

GOP leaders are pushing the Senate to vote before its August recess, which begins on August 10, but the vote may happen as early as Monday. A total of 60 out of 100 Senate votes would be required to effectively defund Planned Parenthood. A sort of preview of where some legislators are coming from on this could be seen at the hearing held by the Senate Health and Human Services Committee on Wednesday, where Texas Attorney General Ken Paxton demonstrated a pretty flawed understanding of the issues at hand—state health officials were interrogated on "how they handle" fetal-tissue donation even after repeatedly explaining that regulating the practice isn't part of their jobs and despite the fact that Texas affiliates of Planned Parenthood don't participate in fetal-tissue donation (Planned Parenthood affiliates only practice fetal-tissue donation in five states in the U.S.). Alarmingly, the hearing suggests that misunderstood or flat-out incorrect information may still be used against women's healthcare providers when the issue is discussed in the Senate. We'll find out for sure next week, and health professionals and their patients will be holding their collective breath until then.