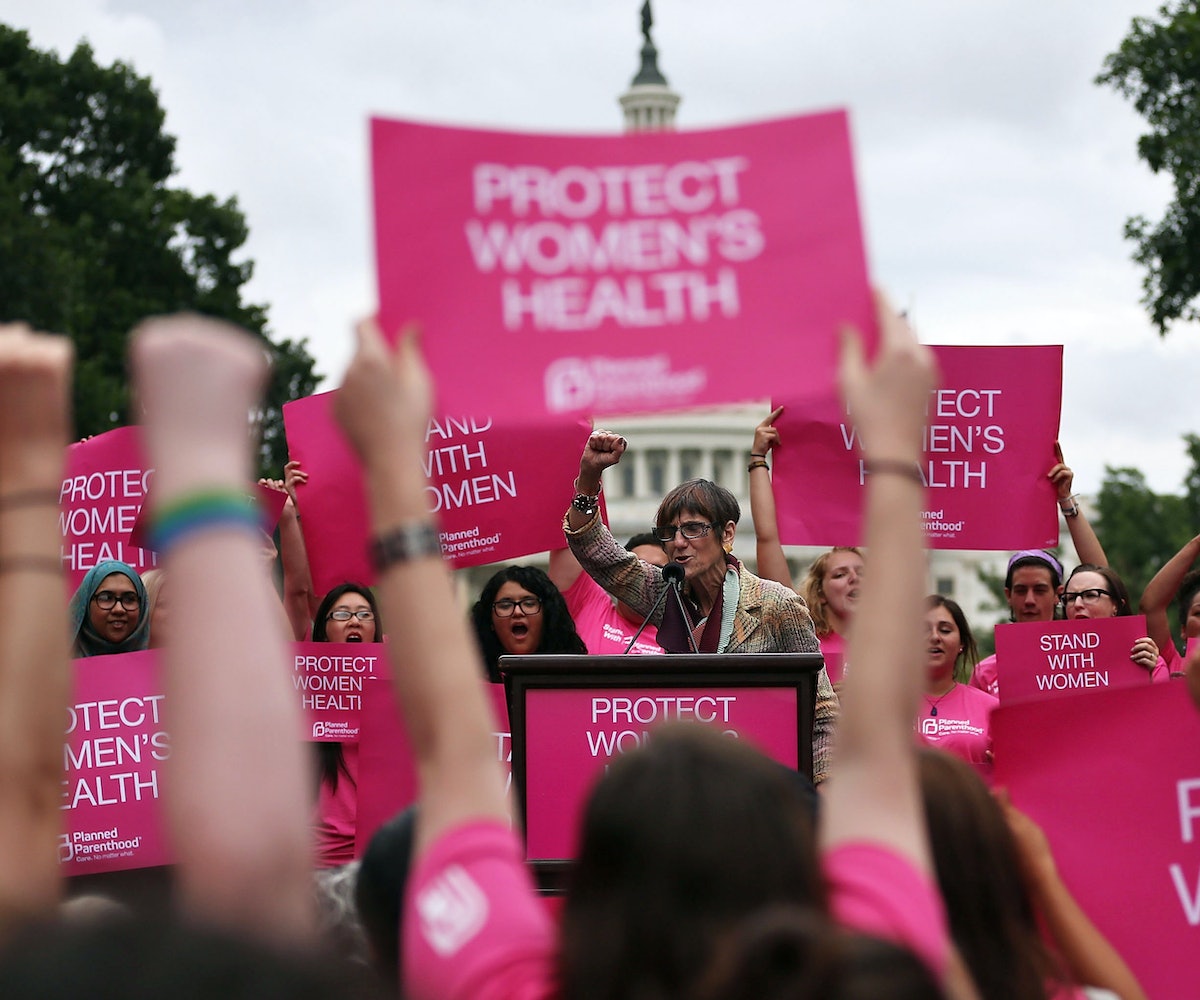 This morning, the House of Representatives voted to freeze federal funding to Planned Parenthood, the nearly century-old provider of women’s health care, which made safe not just abortions, but also brought birth control and STD testing to thousands of women across the nation. The organization is now under inspection because of footage that some say prove the healthcare provider has been committing gross acts of moral negligence—footage that simply cannot be trusted.

At Wednesday’s GOP presidential debate, Republican nominee Carly Fiorina described images of “a fully formed fetus on the table, its heart beating, its legs kicking while someone says we have to keep it alive to harvest its brain.” However, after watching all 12 hours of unedited footage, Vox journalist Sarah Kliff has reported that what Fiorina described wasn’t just a blunt description of the goings-on of Planned Parenthood at all. In fact, what Fiorina described isn’t a part of the videos to begin with.

The footage does show the inside of two Planned Parenthood clinics in both Louisiana and Colorado. Pro-life advocates pose as fetal tissue-buyers while secretly filming Planned Parenthood employees working with the tissue and describing the body parts. It should be noted that the sale of fetal tissue is not, in fact, illegal as many are quick to believe. Moreover, Planned Parenthood’s sale of fetal tissue is done as a way to improve women’s health and to further scientific research that could result in medical breakthroughs. So the footage shows employees discussing fetal tissue with potential buyers: yes. Is it illegal? No. Is it the gruesome image of fetal brain-harvesting that Fiorina so passionately described? No.

However, a series of sting videos edited by anti-abortion group Center for Human Progress show that Fiorina’s comments may stem from somewhere—though not a source that can be trusted. The series of videos, titled “Human Capital,” attempt to portray the sale of fetal tissue as something bloody, illegal, and capitalistic—not something that, when performed right, can benefit the overall health and wellbeing of humanity. The third episode shows a clip of a gory, moving fetus. The image is repulsive. But the image was not shot in Planned Parenthood—it is stock footage that the video credits to the Center for Bioethical Reform and the Grantham Collection, two organizations that use shock value and out-of-context imagery, as well as deliberately violent wording (and foreboding music) to advocate against abortion. The websites of these two organizations are clearly skewed, and rely on emotions instead of facts to depict abortion as something that is simply isn’t—especially when performed in safe, clean, medical environments, like Planned Parenthood, in a post-Roe v. Wade world.

Fiorina saw gruesome footage that cannot be connected to Planned Parenthood, but still, no footage about harvesting brains has come to light. In fact, even back in July when video footage of Planned Parenthood executives discussing the sale of fetal tissue with supposed potential buyers surfaced, the New York Times executive board (as well as a formidable team of expert fact-checkers) explained that the footage was so doctored that it could never hold up in a court of law. These videos, which are also edited into the Center for Human Progress’s sting videos, do show Planned Parenthood Senior Director of Medical Services Dr. Deborah Nucatola explaining that the organization does not profit from the sale of fetal tissue, and only accepts a small sum (between $30 and $100) to transport each specimen—but anti-abortion groups are quick to edit out that explantaion. What opponents of Planned Parenthood fail to realize is that the organization is not a front for an illegal fetal-tissue black market. It is a healthcare provider that works to enable researchers to discover better forms of future health care.

It is clear that there has been a terrible misunderstanding about the doctored videos. But to make matters worse, opponents of Planned Parenthood (including the 241 representatives who voted today to freeze its federal funding) fail to understand many other important facts about the trusted organization. Abortion services are only 3 percent of what the organization does. Planned Parenthood’s federal funding did not even go toward abortion. Planned Parenthood has also saved countless lives by detectting cancer early on, provided birth control to women who could not afford it (and could suffer from other medical problems without it), and has been a resource for testing individuals for sexually transmitted infections.

Without federal funding, half of the 2.7 million individuals who receive some sort of care from Planned Parenthood per year could lose their health care. And since Congress has frozen the organization’s funding, now, more than ever, it is time to #StandWithPP.